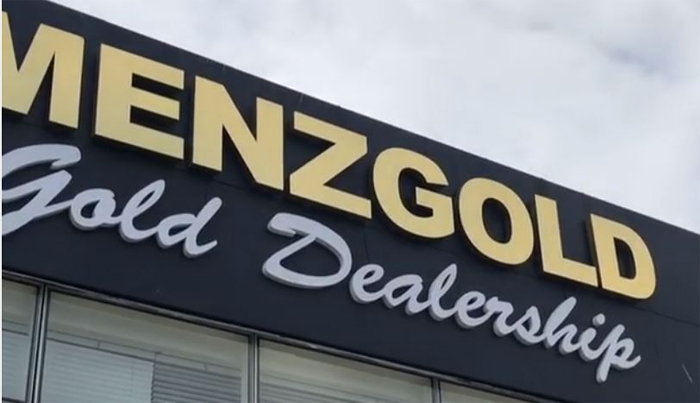 Gold dealership firm, Menzgold, says it’s unable to pay its customers dividends on their gold investments due to the action taken against it by the Securities and Exchange Commission (SEC).

According to Menzgold, the SEC’s directive makes it impossible to make any payments.

“The gold collectibles offered for trade by patrons of our gold vault market product are subjected to our quality controls and traded for profit which is shared as extra value with the product owner or trader. Any act, order or instruction therefore, designed or decreed to forbid Menzgold from trading makes it impossible to generate any revenue whatsoever out of which extra values are charged and paid to those entitled,” Menzgold said in a statement dated September 25, 2018.

Menzgold’s statement was on the back of an interview granted Deputy Director General of the SEC, Paul Ababio in which he hinted that their directive does not in any way prevent the embattled gold dealership company from paying matured dividends.

But Menzgold in the statement said “we find this position rather surprising as it shows a clear dearth in the SEC’s understanding of our gold vault market product and raises the question of basis upon which they decided to shut it down.”

The company however assured its customers that “all Gold trades are safe.”

“The leadership of the firm will continue to engage with the relevant bodies to expedite the reimbursement of all entitlements,” the statement added.

The company in a statement said it took the decision to help bring some finality to its seemingly unending woes.

It subsequently extended the suspension to September 28, 2018.

A statement from the company said its gold vault market product services will continue to be suspended to enable Menzgold reach a conclusion with the regulator.

Speaking to CitiNews, Head of Communication at Menzgold Ghana Limited, George Quaye, said the latest postponement was due to an inconclusive meeting with the Securities and Exchange Commission.

Menzgold has also hired an international law firm, Baker & McKenzie LLP, as it prepares for a legal confrontation with the Securities and Exchange Commission over the issue. 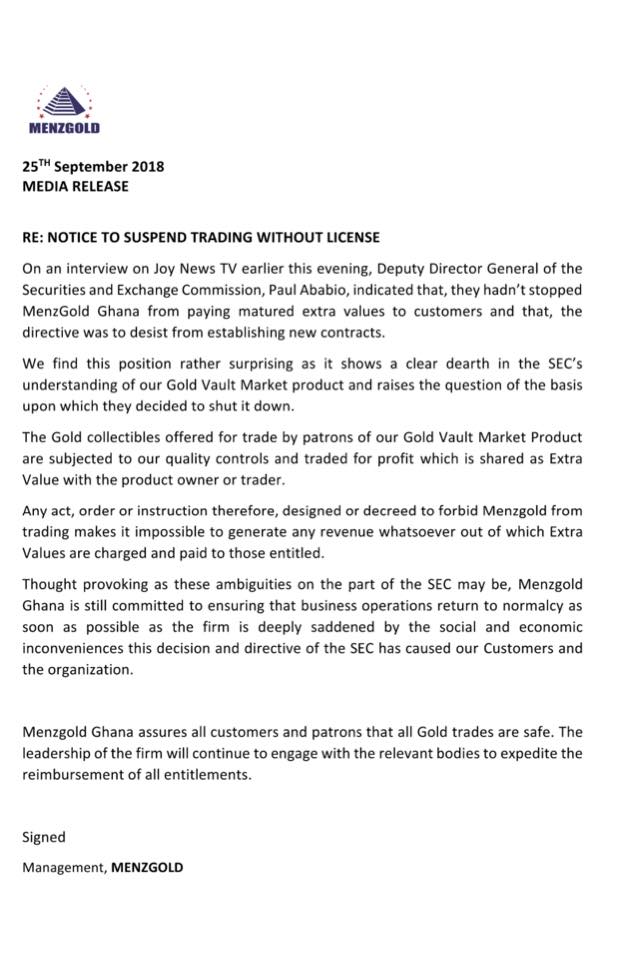