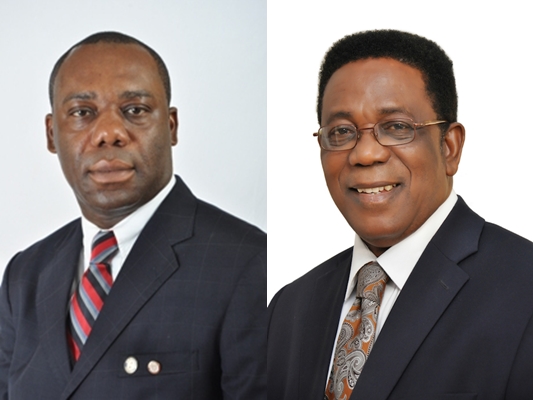 The Minority in Parliament is calling for the removal of the Education Minister, Dr. Matthew Opoku Prempeh, and the Minister of State in charge of Tertiary Education, Prof. Kwesi Yankah over the recent brouhaha at the Kwame Nkrumah University of Science and Technology (KNUST).

The Minority Leader, Haruna Iddrissu, said it was surprising that the two, who had commended the Vice Chancellor of the University for his bold decision in converting single-sex halls into mixed halls, now turn round to ask him to vacate his post after a violent student protest.

Speaking at a press conference over recent happenings at KNUST, the minority said the two government officials have demonstrated gross incompetence in resolving the impasse, noting that the ministry failed to adopt the best “proactive and consultative leadership” which would have better managed the situation.

While condemning the alleged abuse of students and subsequent violent student protest, the minority said the government’s dissolution of the University’s council was illegal and must be immediately reversed.

“We condemn in very clear language the violation of the rights of students and the brutalities meted out to students exercising their constitutional right to protest.

In like manner, we duly condemn the violent demonstrations leading to the destruction of private and public property.

The Minority in Parliament unreservedly and absolutely denounces Government’s unlawful conduct in dissolving the Council of the University. We demand the immediate reversal of this illegal act.”

Vice Chancellor being made a scapegoat

Haruna Iddrisu added that the government displayed dishonesty and bad faith in ordering the Vice Chancellor, Prof. Obiri-Danso to step aside.

“We decry the attempt to scapegoat the Vice Chancellor Prof. Kwesi Obiri-Danso and hold him solely responsible for the current crisis. This act by Government is the highest form of dishonesty, cowardice and bad faith.

All Ghanaians who cared to follow this issue; heard the Minister of Education, Dr. Matthew Opoku Prempeh endorse the hall conversion policy on July 15, 2018 at the 52nd Congregation of KNUST.

Similarly, the Minister of State for Tertiary Education, Prof. Kwesi Yankah on September 8, 2018, endorsed the hall conversion policy describing it as Government’s Policy and directing other universities to emulate KNUST’s “bold” example.

Ladies and Gentlemen, if Prof. Kwesi Obiri-Danso must be removed because of this policy and it’s implementation, then it stands to reason that the two Ministers of Education namely Dr. Matthew Opoku Prempeh and Prof. Kwesi Yankah who publicly endorsed the policy, supervised, championed and praised it’s implementation should resign or be fired with immediate effect. The Minority hereby demands that the two Ministers must be treated equally just as Prof. Obiri-Danso.

Read excerpts of the statement below:

More fundamentally, the Minority expresses it’s deep worry for what appears to have become a consistent pattern by Government to invade autonomous tertiary institutions and remove Principal Officers it did not appoint. This was the case at the University of Education, Winneba, the Ghana Institute of Journalism and the Cape Coast Polytechnic.

The Minority would not sit idle and allow this reckless attack on academic freedom and the autonomy of our higher institutions of learning to become the new normal.

It is for this reason that we declare our full support and express our unflinching solidarity for the striking and demonstrating unions at KNUST and beyond.

We commend UTAG, TEWU, FUSAG GAUA and VCG for standing up against oppressor’s rule.

We therefore demand that Government apologizes to the revered King and Chancellor. Importantly, Government must promptly accede to his demand of reinstating the governing council.

If Government so desires, it can change it’s reps on the University Council but it cannot proceed to dissolve the entire Council by such crude means.

The current matters before us are about the precedent we must not tolerate, the image of Ghana’s higher education we must not damage and the respect for the rights and views of key stakeholders in our universities which we must not disregard.

The Minority must point out at this juncture that we do not absolve President Nana Addo Dankwa Akufo-Addo from this imbroglio. It is he who directed the Ministry of Education to engage in the unlawful act of dissolving the University Council and it is he who refused to act in a timely manner that would have averted this entire predicament.

We insist that President Akufo-Addo changes course by respecting the Constitution and the laws of Ghana and thereby avoiding the looming shut down of all universities in Ghana.

Meanwhile, in what appears to be a back and forth in its attempt to address the challenges at KNUST, the government after dissolving the University’s Governing Council and putting in place an interim one, has asked the Chancellor of the Kwame Nkrumah University of Science and Technology, the Asantehene, Otumfuo Osei Tutu, to take steps to reconstitute a new Governing Council in accordance with the institution’s relevant statutes and laws.

This comes days after the KNUST’s Governing Council was dissolved and another interim council was set up to manage the day to day activities of the school for three months.

A statement signed today, Monday, by the Minister Designate for Information, Kojo Oppong Nkrumah, said the Council is expected to be reconstituted by Friday November 2, 2018.

The reconstituted council will take over from the interim Governing Council , according to the statement. There are reports that the Asantehene is unhappy with government’s handling of the issues, particularly when he had served notice to meet the stakeholders before government took certain decisions.