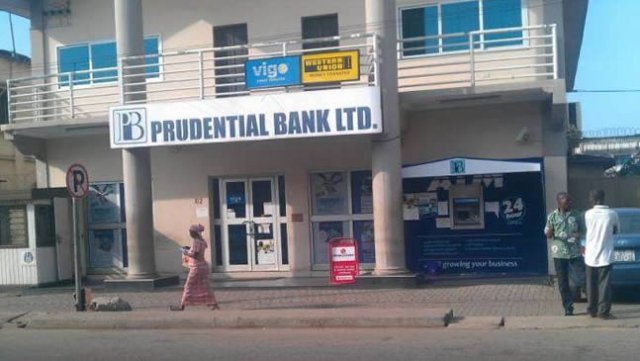 Prudential bank has dispelled rumours that it is facing serious liquidity challenges.

The bank has thus called on its customers to reject the claims, saying they are totally false.

It also urged them to desist from any panic withdrawals.

[contextly_sidebar id=”af3JAncIEyYzAiBsLZv13Nmnc3GfSAMB”]“The bank has never experienced any liquidity problems nor has it gone to the Bank of Ghana for any liquidity support in its twenty-two (22) year history,” the financial institution noted in a statement.

There were rumours on social media alleging that Prudential bank is facing some liquidity challenges and had to run to the Bank of Ghana for liquidity support.

The rumours sourced to one Elikem Kotoko also said the bank has not published its 2017 financial reports and further advised customers of the bank to “think twice.”

But Prudential bank in its statement insisted that “the publications are totally false and should be ignored. They are mere fabrications calculated to destroy the good image of the bank.”

This comes on the back of crisis in the banking sector and subsequent panic withdrawals being experienced by some financial institutions in the country.

Some seven local banks have collapsed in the country within the last year.

In what may be described as fear of losing huge investments, stranded customers of financial institutions such as First Allied Savings and Loans Company Limited, continue to flood branches of the company in an attempt to retrieve their monies.

The tour is to appreciate customers who have remained loyal customers of the country’s indigenous banks, while urging the population in general, to avoid panic bank withdrawals as it may negatively affect the operations of local banks.

Below is the full statement from Prudential bank: 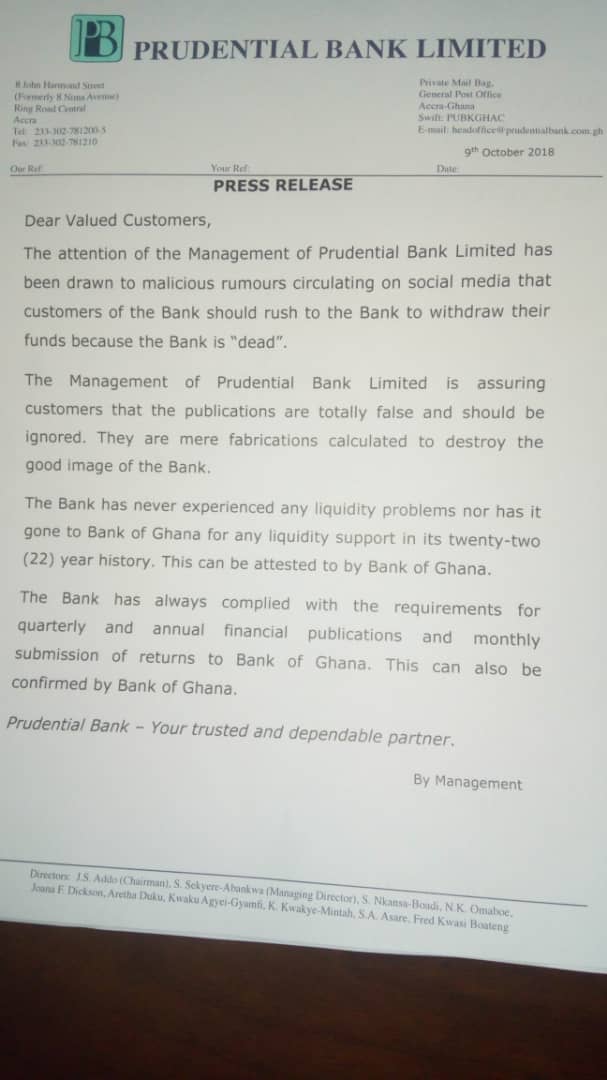