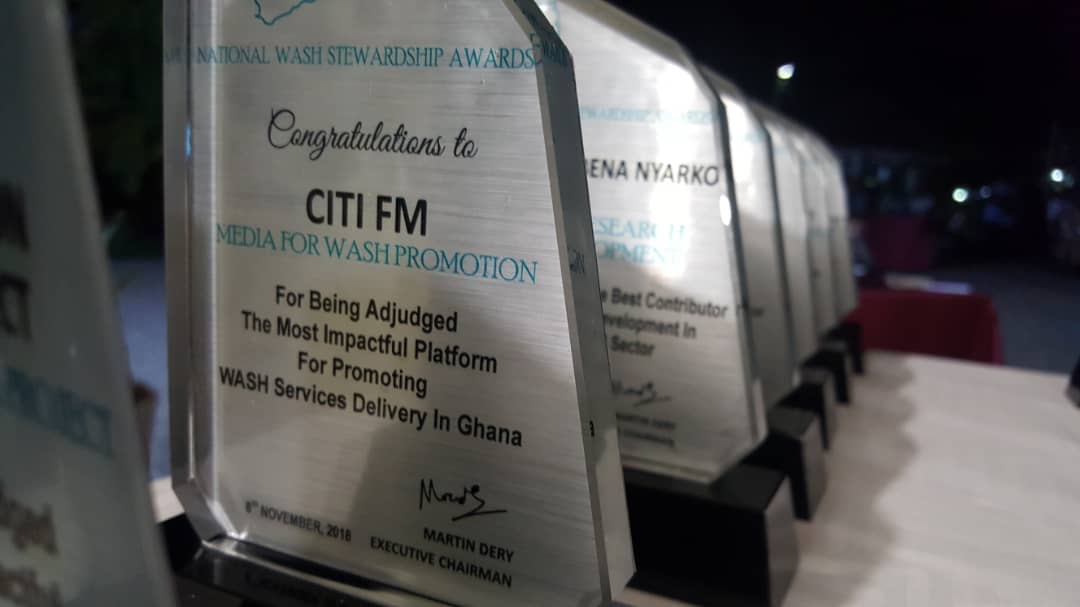 Citi FM has been adjudged the ‘Most Impactful Media for Promoting Water, Sanitation and Hygiene-related (WASH) issues at the 2018 National WASH Stewardship Awards’ which took place at Sogakope in the Volta Region on Thursday.

The award committee in its citation said Citi FM’s commitment to consistent WASH reporting, and initiatives in exploring over-looked WASH issues and challenges through in-depth and investigative work among others, made the station outshine its competitors.

Speaking to Citi News, Chairman of the Coalition of Non-Governmental Organizations in Water and Sanitation (CONIWAS), Martin Dery, underscored the role of the media in our quest to making Ghana one of the cleanest cities on the globe.

He said that, “we introduced these awards just to recognize major contributions in Water and Sanitation Sector. We do not want to follow in the tradition in Ghana where we wait for people to pass before awarding them posthumously, and we believe that if we award people early enough, young people hopefully younger people will learn from them and over time, we will strengthen the WASH Sector.” 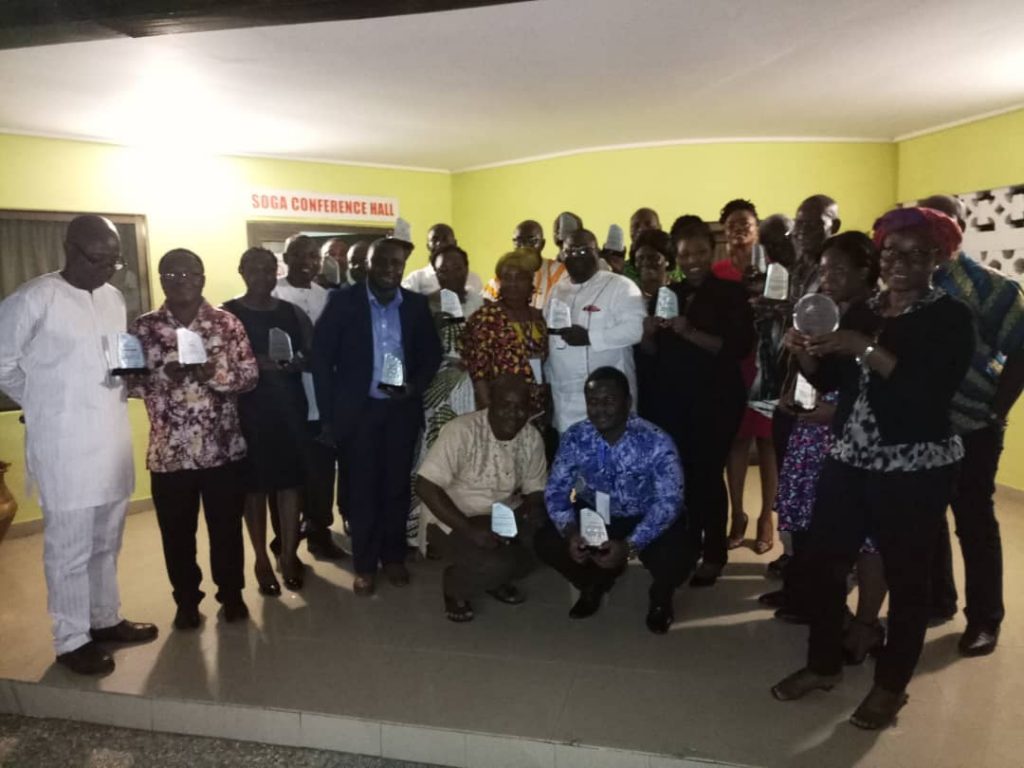 “The sector is also vibrant with an active minister who is up to the task. There are also qualified and experienced technocrats at the ministry. There also CSOs and development partners who are all passionate about WASH”.

Mr. Dery continued, “I believe as a the multi stakeholder group, the Media can also not be ruled out. The media can I am not surprised Citi FM won this prize. I heard an interview Citi FM granted one of our sanitation engineers at the ministry.

It is true GAMA won an award for the most improved actor in the sector, and nobody can deny that Citi FM’s constructive criticism has gone a long way to lead to that. I believe if we work to together, constructive criticism, active media support, individual commitment and general improved responsibility by the citizens, I believe we can make Accra a very  clean city in the shortest possible time”.

“The Chairman for the Coalition of NGOs in Water and Sanitation (CONIWAS) Martin Dery, said, “I earlier said many have not bought into the President’s vision of making Accra the cleanest city. We can buy into that idea, first we need it accept it as a very useful target. We still have people who do not believe in that vision, and once a people do not believe in something, they never put in the effort.”

“We must all agree that it is a laudable idea; we need to achieve it and then once we make the commitment to achieve it the ways by which to achieve is usually a simple thing. Let me quote Einstein who says the definition of the problem is the most important part, as for the solution it’s just an arithmetic construction.”

“To buy in these, let’s accept it, lets work towards it, and once we work towards it, I believe in the human being,  innovate ideas will come from nowhere, and then within a very short time we will achieve that very laudable  objective”.

FULL IST OF THE AWARDS: