Farida writes: A day in the life of a ‘TroTro Mate’ 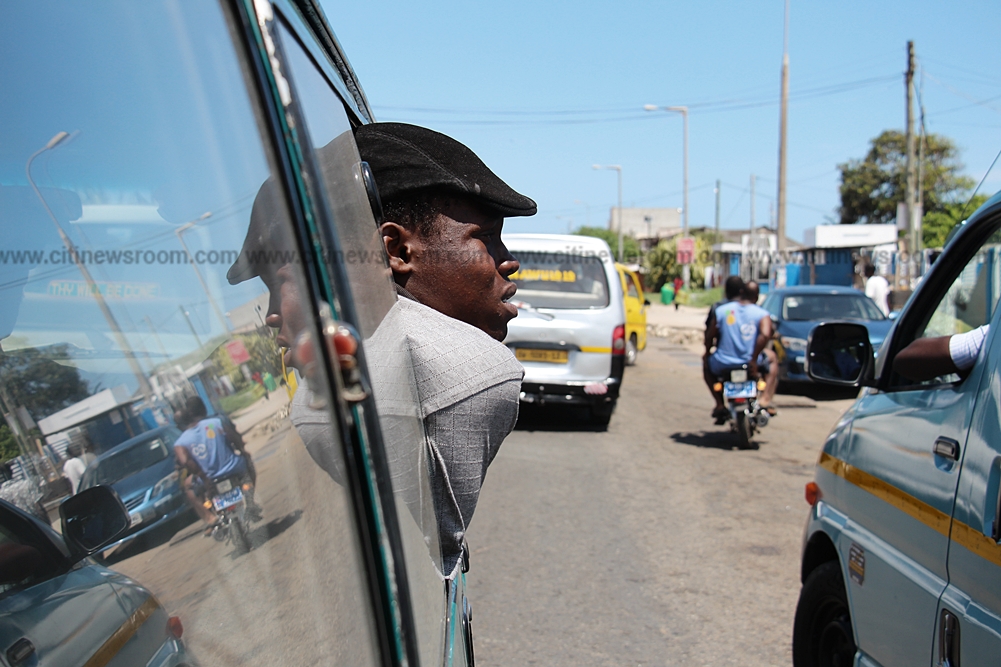 The most exciting part of Santos’ day as a ‘TroTro Mate’ is when passengers deliberately forget to take their ten pesewas and 20 pesewas change.

“Sometimes I don’t have coins; I tell them I  will give them their change soon, some passengers understand and forget about it, others would constantly remind me throughout the journey like you owe them billions.”

Santos completed Junior High School in 2016. When his parents could not afford to send him to senior high school, he chose to work and fend for himself than sit in a classroom the whole time and go home to nothing.

The word ‘TroTro’ originated from a Ga word for threepence – a currency unit used during British colonial rule.

Threepence was the going rate for a single TroTro ride during that time.

Before minibusses and vans became the go-to vehicles for TroTros, there were the Bedford trucks with wooden benches.

TroTros are the most affordable means of mass transportation for many Ghanaians. Owned by private citizens and regulated by driver and owner unions, TroTros are cheaper means of transport for those who cannot afford Uber rides, taxi rides and don’t own their own cars.

Over here ‘TroTro Mates serve as conductors, they have more contact with the passenger than the driver.

TroTro experiences are often determined by the caliber  of TroTro Mate, they control everything in the car while the drive moves.

Kwame and Santos start work at the break of dawn, around 4 o’clock in the morning, and end their daily trip around some suburbs of Accra like Mamprobi, Jamestown, Korle Bu, Chorkor and close somewhere around 12 o’clock, or 2 o’clock the following morning.

He spends his break at a community mini cinema where he watches movies and chats with friends before they continue their trip.

My journey with Santos and Kwame started from Jamestown, at the community cinema where I sat through the 2004 epic war Film Troy written by David Benioff with him and other mates.

The journey started about 11: 35 am, in a  green minibus with Kwame, the driver, who is not the owner of the minibus cleaning and dusting off the minibus.

We drove through the streets of Jamestown for about 30 minutes looking for passengers and in the two hours, we made four trips around Jamestown and  Mamprobi.

Santos and Kwame make fun of most of their passengers, passing silly comments in Ga, making some of the passengers laugh too.

Before the TroTro was full Santos shared a story of how he was almost arrested, but he outran the police and left Kwame with the police.

“Three months after I started working with Kwame, I almost got arrested because Kwame was trying to be smart and jumped the traffic light when it was red, I saw the police before Kwame did. I saw one of the ‘baby police’ calling after me, I took to my heels, jumped seven walls before I stopped running. The police took Kwame to the police station,” he said.

Santos has been working with Kwame for six months now, even though he doesn’t get paid enough, he has stayed because Kwame taught him how to drive and allows him to take the vehicle out sometimes. 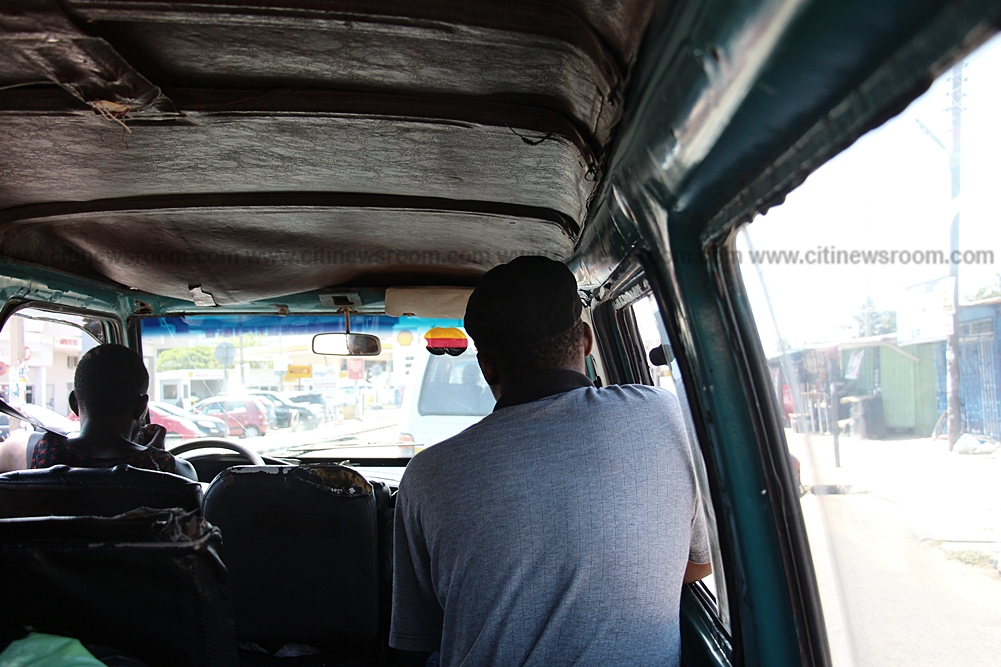 Santos enjoys what he does, but he cannot be rude and impatient to passengers. Dealing with such passengers is the hardest part of the job, he said.  He gets no help from his boss (the driver) who is usually quiet and doesn’t involve himself in the quarrels he has with the rude passengers.

“Some people are interesting, some people are foolish – they know the price, but they will give you what they want and when you are trying to tell them that is not the fare, they are rude about it and start insulting you, if you are not someone who is patient you will say things you are not supposed to say, ” he said.

Sometimes Santos pays the fare for his favorite passengers.

He is saving to buy a car to start his own TroTro business.