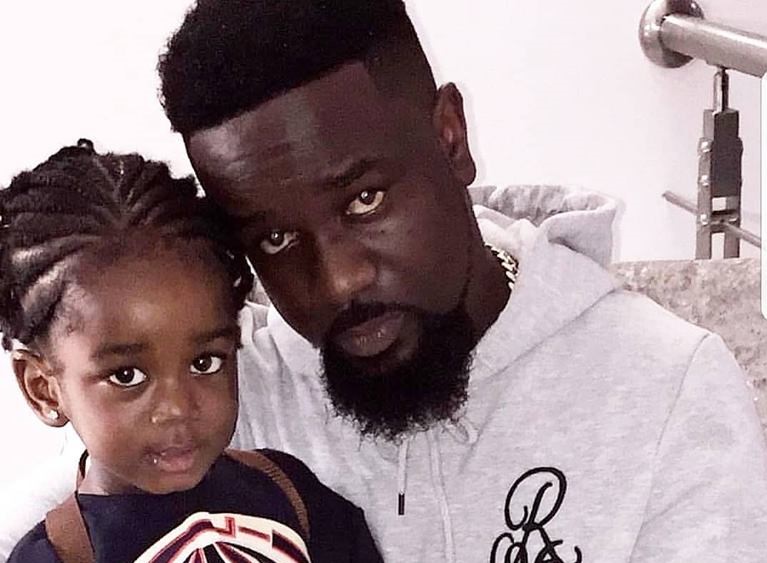 Comedian Waris, a Ghanaian comedian who has gained some level of popularity on social media, has incurred the wrath of some people over a joke he made about Titi, Sarkodie’s daughter.

In one of his usual twitter jokes, he shared a photo of Sarkodie and his daughter and suggested that Titi will soon be ripe for sex.

His statement has attracted a lot of backlash from people who believe what he wrote was not right. 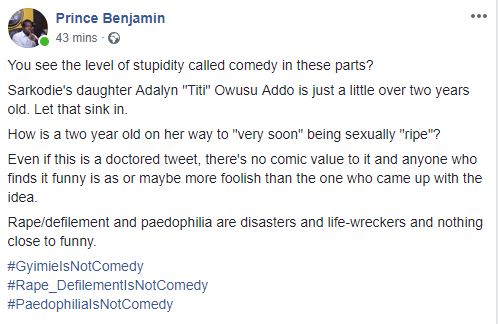 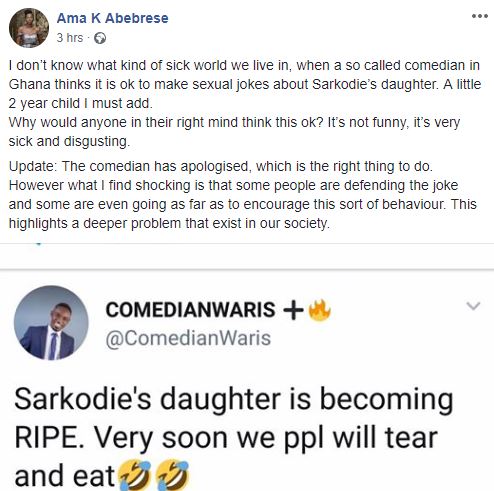 A few hours later, he apologised via his twitter handle.

“To anyone offended by my tweet concerning sarkodie’s daughter kindly tamper [sic] justice with mercy.

To ere [sic] is human, to forgive is divine,” he wrote.

[contextly_sidebar id=”TSU0IPEzMLZxvaUHJ5lt1xOTbM1Typwr”]Sarkodie recently shared a photo of him and his daughter, Titi. Some people who commented on the photo expressed joy at how beautifully she has grown.

Sarkodie has always shown his fondness of his daughter especially in some of his songs.

It appears the comedian is fond of making silly sexual jokes.

Citinewsroom.com cited another post on Twitter where he asked if it was okay to rape a lesbian.