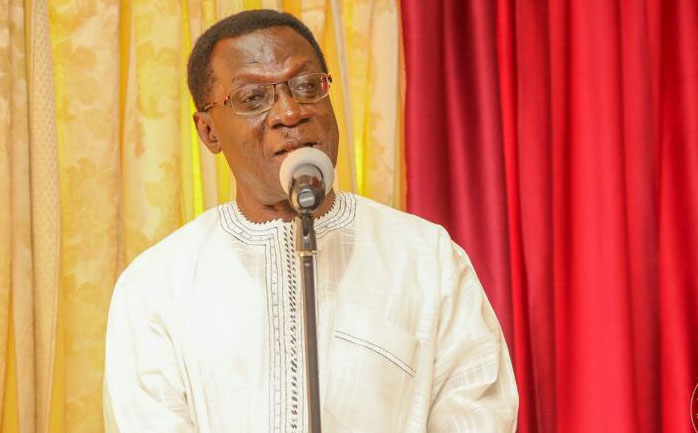 The Ghana Infrastructure Investment Fund (GIIF) says it has not entered into any agreement with any of the companies under the JOSPONG Group of Companies for the construction of Compost Plants in some regions of the country.

Speaking to the media in Accra, a highly-placed official of GIIF denied flatly any funding support for the proposed Compost Plants project submitted to the office by JOSPONG for consideration.

GIIF indicated that, JOSPONG Group in 2017, submitted a proposal for setting up Regional Compost Plant Projects to GIIF for consideration and funding, following which the JOSPONG GROUP was asked to make a presentation to GIIF, which they did sometime last year.

GIIF said the proposal did not go beyond the presentation stage as GIIF had at the time committed its resources to the funding of other equally important pipeline projects.

“Nothing happened beyond the presentation stage,” a highly-placed official of GIIF told journalists in Accra.

They however lauded JOSPONG for coming up with such a laudable and important project, but GIIF regretted it could not help fund the projects.

“We have not spent even a pesewa on the projects,” the official said, and described speculations in the media which suggest that GIIF is in bed with JOSPONG, as false, unfortunate and misleading.

GIIF officials therefore urged Ghanaians to discard the falsehood being perpetrated by some unknown persons to the effect that, GIIF was in bed with JOSPONG and intends funding a Compost project submitted to it by JOSPONG, and which proposal is alleged to be engulfed by corruption.

GIIF officials therefore distanced Professor Ameyaw Akumfi, Board Chairman of GIIF from any alleged wrongdoing, since the office has not spent any amount to finance the Compost Plant project by JOSPONG.

They said such proposals are not handled by the Board Chairman, but by a Committee, which conducts feasibility studies and due diligence into the project after which it recommends to the Board for approval and implementation.

The officials of GIIF called on all interested persons to contact the office anytime they have information on its activities before they go public with such information in order not to mislead the public.

“Our doors are always open to the general public, and we urge all who have interests in what we do here, to contact us any time they have any information on our activities, for confirmation or otherwise, so as to prevent speculations that may tend to mislead the general public,” the source at GIIF said.
–
By: citinewsroom.com|Ghana

Kufuor the most successful of Danquah-Busia-Dombo tradition – Nana Addo