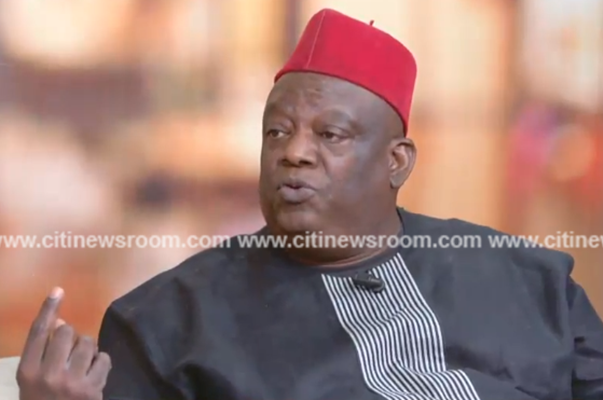 Director of Business Operations at Dalex Finance, Joe Jackson, has expressed disappointment in past governors of the Bank of Ghana for overseeing what he describes as an ‘absolutely rotten system’

He says steps should have been taken in their respective administrations at the Central bank to prevent the rot that led to the revocation of the licenses of 10 local banks some of which have been put together to form the Consolidated Bank Ghana, and others absorbed by GCB Bank.

Speaking on Citi TV and Citi FM’s current affairs show The Big Issue, Mr. Jackson called for support for the current Governor and his administration to clean up and strengthen the financial sector.

“It is easy to say today that the central bank was complicit and that is a very correct statement, but at the same time, you have got to give credit to those at the helm of affairs now that are not covering up and are airing the dirty linens in public. I may not agree with every single thing that this team has done over the banking crisis, but you’ve got to give the Governor credit. The situation was absolutely rotten.”

“Some of us maintain that the two previous Governors, were the ones who presided over the mess.. Remember a lot of these banks were licensed in 2015 and 2016”

His comments comes on the  back of a cleanup of the sector by the Bank of Ghana.

Many of the banks that previously operated in the country have folded up and others taken over by other banks due to various new regulations introduced by the Central Bank including the GHS 400 million minimum capital requirement.

In August 2018, the Bank of Ghana consolidated five other local banks into what it calls the Consolidated Bank Ghana limited.

The banks were Beige Bank, Construction bank, Royal bank, uniBank and Sovereign bank. Beyond have liquidity challenges, some of them were engaged in activities that the Bank of Ghana considered criminal.

The bank of Ghana in a statement on January 4, 2019 following the expiration of the minimum capital requirement deadline said, all the 23 remaining banks have met the new minimum paid-up capital of GHC400 million.

“The Bank of Ghana has approved three (3) applications for mergers. Consequently, First Atlantic Merchant Bank Limited and Energy Commercial Bank have merged, Omni Bank and Bank Sahel Sahara have merged, and First National Bank and GHL Bank have merged. The three (3) resulting banks out of these mergers have all met the new minimum capital requirement.”

Some private pension funds in Ghana have injected fresh equity capital in five (5) indigenous banks through a special purpose holding company named Ghana Amalgamated Trust Limited (GAT). In addition to the state-owned banks (ADB, NIB) benefiting from the GAT scheme, the other beneficiary banks (the merged Omni/Bank Sahel Sahara, Universal Merchant Bank, and Prudential Bank) were selected by GAT on the basis of their solvent status and good corporate governance,” the statement said.

The Bank of Ghana further explained that it had revoked the licenses of Premium Bank and Heritage Bank and approved their takeover by Consolidated Bank Ghana Limited.

It said in the case of Heritage Bank, the institution had questionable sources capital.

Meanwhile, GN Bank has been downgraded into a savings and loans company following its inability to meet the minimum capital requirement.

In all, Ghana’s banking sector has been reduced to 23 players from the previous 34 banks.