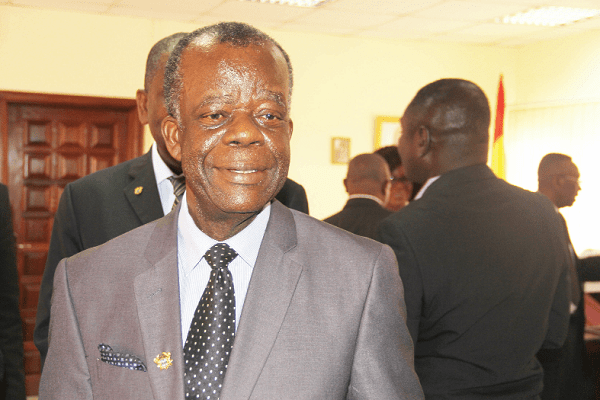 The Economic and Organised Crime Office (EOCO) has saved more than 9,000 customers from losing their investments with three financial institutions which were allegedly operating ‘Ponzi’ schemes.

The companies, whose names have been given as Wealth Drive Ghana Limited, Global Coin Help Limited and TCL Market Ghana Limited, had pledged to pay interest rates of between 10 and 30 per cent on the deposits of their customers.

For operating without licences, the three companies have been arraigned for prosecution.

He said so far the agreed payment plan with the customers was strictly being adhered to.

Additionally, Mr Amoah said, since 2018 EOCO had investigated financial crimes, money laundering, among other infractions, and submitted more than 20 dockets on them to the A-G’s Department for review and the next line of action, which could include prosecution.

Furthermore, he said, the office was still working on the dockets of 25 other cases and expressed the hope that they would be submitted to the A-G’s Department by the middle of next month.

“Already, we have done some work on the Opuni case, which is currently in court; that of the Operational Business Suite (OBS) of the Social Security and National Insurance Trust (SSNIT) and the latest one involving Sedinam Tamakloe Attionu, a former boss of the Microfinance and Small Loans Centre (MASLOC),” he said.

Apart from those cases, Mr Amoah said, EOCO was championing the prosecution of a number of microfinance companies that had breached the regulations establishing them, with some operating without licences.

Other microfinance companies, he said, had also defaulted in paying matured investments.

He said malpractices among the institutions, with a composite customer base of more than 5,000, were exposed by EOCO between August and December 2018, after the Menzgold saga.

Additionally, he said, since 2017 EOCO had recovered GH¢61.43 million from those engaged in tax fraud, with the recoveries having since been passed on to the Scholarship Secretariat, the Ghana Education Service (GES) and the Ghana Revenue Authority (GRA), the institutions that fell victim to the criminal acts.

Mr Amoah indicated that EOCO was doing its best to execute its mandate of preventing and detecting organised crime and facilitating confiscation of proceeds from criminal activities; investigating and, on the authority of the A-G, prosecuting serious offences that involved financial or economic loss to the state, entity or institution in which the state had financial interest.

He said the office also worked to prohibit money laundering, cybercrime, tax fraud, among other crimes.

The EOCO boss said the delay in cases being handled by EOCO was as a result of “reduced staff strength because the institution is a specialised agency which investigates financial and organised crimes which need experts to fight. But, unfortunately, the capacity of staff is not adequate to conduct some investigations”.

Asked about the public perception that EOCO always did the hatchet work for the government by persecuting officials of past administrations, he debunked the suggestion, saying: “EOCO is a friendly institution and has even developed a charter at the instance of the A-G, which instructs those who are dissatisfied with any service rendered by an officer of EOCO to channel their grievances through the media or petition the Executive Director of EOCO or the Governing Board.”

“The doors of EOCO are open to everybody. We handle all cases, for and against the government,” he added.

275 ambulances procured by gov't to arrive in April - GHS Director