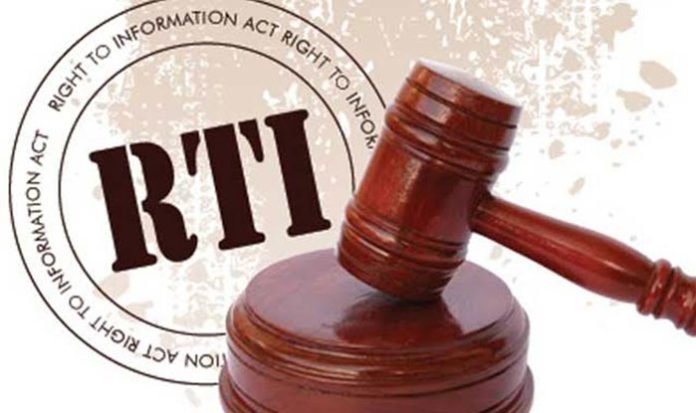 The implementation of the Right to Information in Ghana has been estimated to cost GHc 750 million over five years, according to a report by the Research Department of Parliament in 2017.

The report sighted by Citi News indicates that the cost will revolve around the setting up of an RTI Commission.

For example, the administrative staff cost at the head office in the first year was marked at GHc 651,968.22.

For all the districts, the staff cost is pegged at GHc 91 million. These figures reduce year to year from 2018 to 2021.

The RTI Bill, when passed, is estimated to create 323 direct public sector jobs.

This figure for the district administration costs is expected to rise given as the number of districts in Ghana has risen from 254 to 260.

The report, also noted as a fiscal impact statement, was “to help the government evaluate the affordability and enactment against the plan inscribed in the Bill.”

The report also noted that this fiscal impact statement of the Bill “is needed to support the budget process and provide estimates necessary to execute the proposal.”

Currently, Parliament a step away from passing the RTI Bill.

An amendment was passed earlier in February for the Bill to be implemented a year after it is signed into law due to the cost involved which was not budgeted for.

The Majority Leader Osei Kyei-Mensah-Bonsu highlighted these cost concerns when talking about the delays in January.

“Parliament has the power to postpone the implementation of any legislation that is looking at the circumstances. This RTI is going to have new financial handling; the 2019 budget did not make any provision for it. The government needs to put its house together. We need to have information offices in all the Ministries, Departments, Agencies and public offices. It comes with huge financial implications.”

The RTI Bill has been in Parliament for close to two decades but is yet to be passed despite calls from media and civil society groups.

The Bill was first drafted in 1999 under President Jerry John Rawlings.

President Nana Akufo-Addo affirmed his commitment to the Bill during his 2019 State of the Nation address.

“I am happy to state that, as you know, Parliament has virtually completed its deliberations on the Right to Information Bill, and that, any moment from now, the nation will hear the news of its passage. I will, happily, give my assent to it as soon as it is brought to my table,” he said.