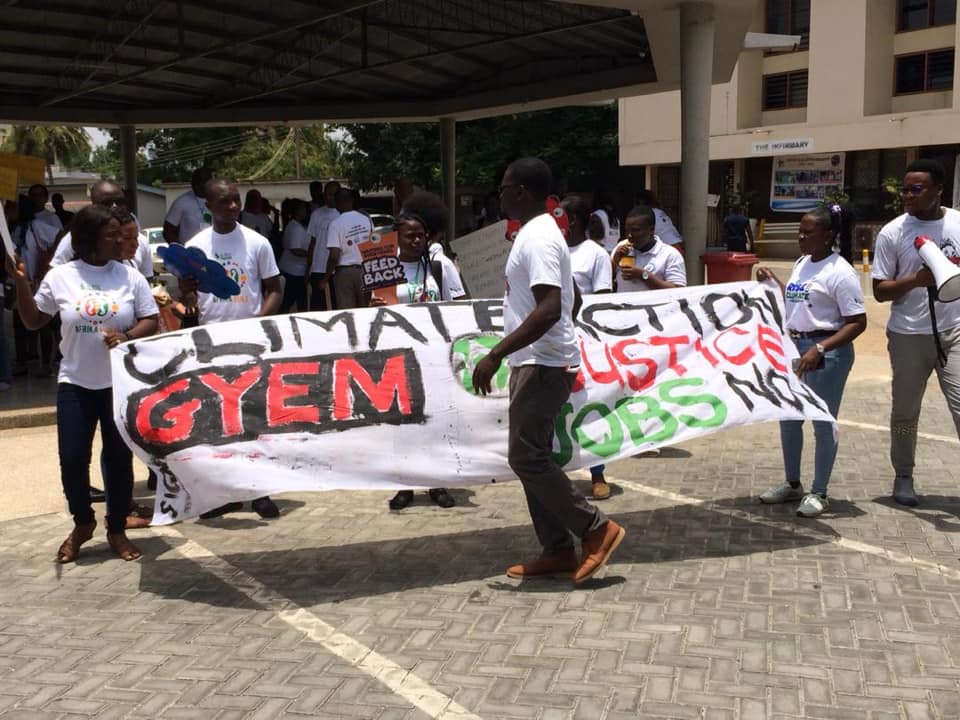 Environmental activists from Ghana and other African countries on Thursday took their street campaign to the Accra International Conference Center where stakeholders in environmental protection from across the continent had gathered for the 2019 Africa Climate Week.

The activists were of the view that governments and other stakeholders in environmental protection across Africa needed to take urgent action against the severe impact of climate change on the continent.

They said the growing effect of the phenomenon on the continent continues to threaten human health and well-being, as well as the socio-economic development of African countries.

Africa is among the countries worse affected by Climate Change and that has been a source of worry for world leaders because majority of its people are the most vulnerable to climate change.

Cyclone Idai which is regarded as one of the worst tropical cyclones on record to affect Africa has become a reference for some environmentalists on the looming danger of climate change on the continent of Africa.

With at least 500 people reported dead, several hundreds missing and over 2.5 million people affected in Madagascar, Mozambique, Malawi, and Zimbabwe as a result of the strong winds and severe flooding, the environmental activists believe that African leaders together with stakeholders, must commit to developing effective plans for climate change adaptation in all sectors and at all levels.

“They [African leaders] must commit to deeper and more urgent policies in various sectors to target the reduction of our emissions and save the destruction of our carbon sinks and also commit more finance to support adaptation projects especially at local and community levels where people are closer to the impacts of climate change and where these impacts are most felt,” the activists said.

The over two hundreds activists from groups including the Ghana Youth Environmental Movement, 350Ghana, Pan African Climate Justice Alliance and Green Africa Youth Organization held a peaceful march from the Holy Spirit Cathedral at Adabraka through Ridge to the Conference Center holding placards with messages such as “choose renewable energy”, “stop talking and start acting”,”farmers protect the environment,” and “we want climate action now.” 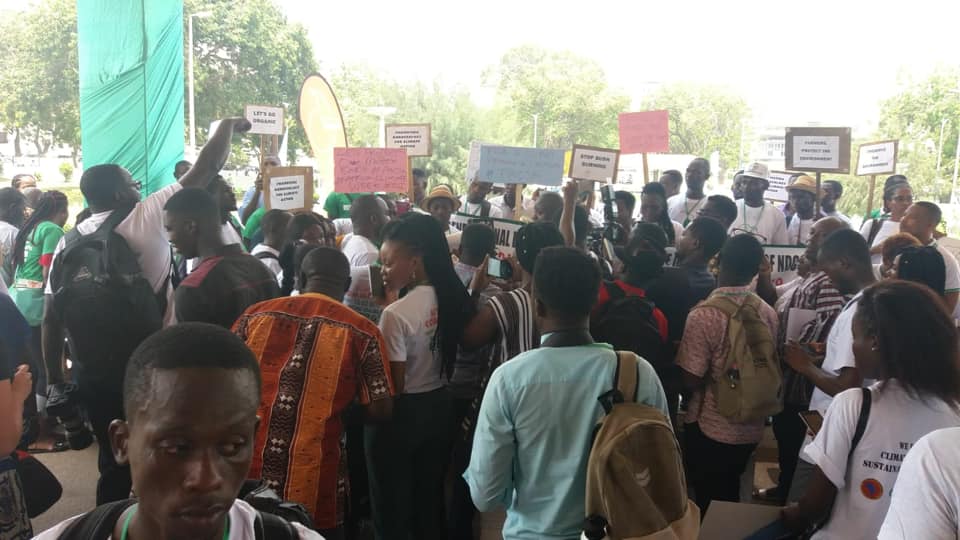 Coordinator of the Ghana Youth Environmental Movement, Richard Pomeyie in an address said, although climate action had been on the agenda of national policy on environment and sustainability, “specific dialogues and negotiations have nevertheless often resulted in relatively unsubstantial results and decisions. Consideration of the problem is mostly limited to general calls on countries to relevant international Agreements.”

“The evidence for rapid climate change is compelling: Global temperature rise, Warming oceans, Shrinking ice sheets, Sea level rise, Extreme events among others. A vivid evidence of an extreme event is the Cyclone Idai that swept through Southern Africa, potentially killing hundreds of people and leaving widespread flooding in Mozambique,” he said.

“The time to take climate action for Africa is now,” he added.