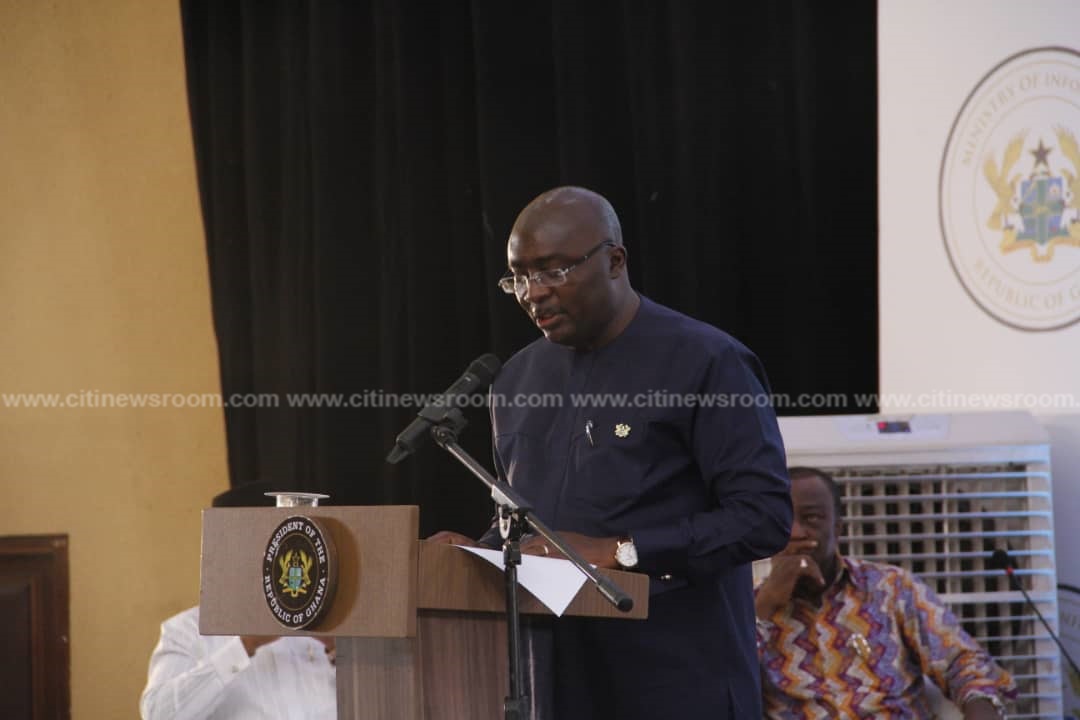 The Bank of Ghana did not inject $800m into the country’s international reserves in order to stabilize the cedi when it sharply depreciated against its major trading currencies in March 2019.

This is according to the Vice President, Dr. Mahamudu Bawumia.

Dr. Bawumia, who is also the chairman of the government’s Economic Management Team while addressing a town hall meeting on Wednesday said the surprising recovery of the cedi days ago was because the “market corrected itself.”

Earlier reports suggested that the central bank was injecting the funds to save the cedi which was at the time struggling against other currencies.

A Daily Graphic publication on March 5, 2019 quoted the Head of Financial Markets at the central bank, Mr Steven Opata, as saying that the accumulation of more dollars through the $800 injection would help increase the net international reserve (NIR) to around $4 billion, enough to provide confidence in the system and help stabilise the free fall of the local currency.

The Vice President, however, explained that the government was required to maintain a certain level of net international reserves as part of the actions for the country’s completion of the IMF program.

“The most important reason and the proximate cause of the recent depreciation is the time inconsistency of an IMF prior action on reserves target. At the end of January, As part of the 7 prior actions to complete the IMF program which went to the Board on March 20, 2019, the Bank of Ghana was required to ensure net international reserves (NIR) target on March 14, 2019, are the same levels as it was at the end of December 2018].”

“To meet the IMF program prior action, the Bank of Ghana had to rather build up (increase) reserves in a period of extreme demand pressures by some $800 million, and had no room to intervene in the foreign exchange market in line with approved intervention policy. This partly explains why the Ghana cedi came under significant pressure during this period which was exacerbated by speculation,” he added.