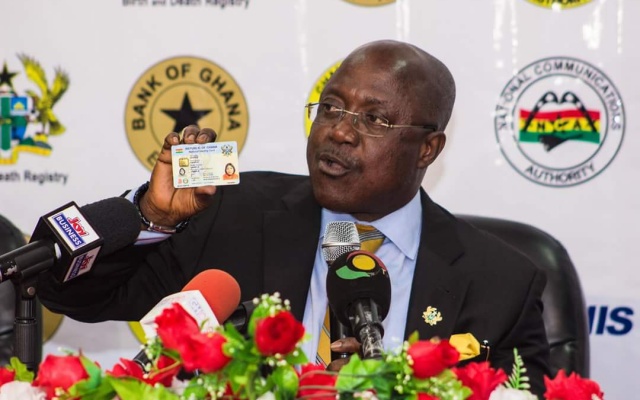 The National Identification Authority (NIA) has sacked twelve contract staff over what has been described as violation of directives and regulations.

Four other officers of the Authority have also been handed a month’s suspension for minor offences.

According to the Authority, some of the affected persons were dismissed on the basis of offences such as absenteeism and working beyond the given time without authorization.

The development comes at a time when the Authority has been put in the spotlight after a registration officer was arrested on last week allegedly attempting to register two Nigeriens.

Reports said the 26-year-old suspect, Timothy Wuni, attached to the Abossey Okai Central Mosque registration centre, was spotted by his supervisor in the process of registering the two Nigerien nationals, Alhassan Abdul Samed and Abubakar Ruali for the Ghana Card which is limited to only Ghanaians.

The suspects ran away when they were confronted by some officials of the NIA.

Another official was said to have been seen registering people in a private residence at Kaneshie in Accra.

The NIA had said that it will not shield any official found to have misconducted themselves in the course of the mass registration process which is currently ongoing.