Otumfuo assures NIB of his support 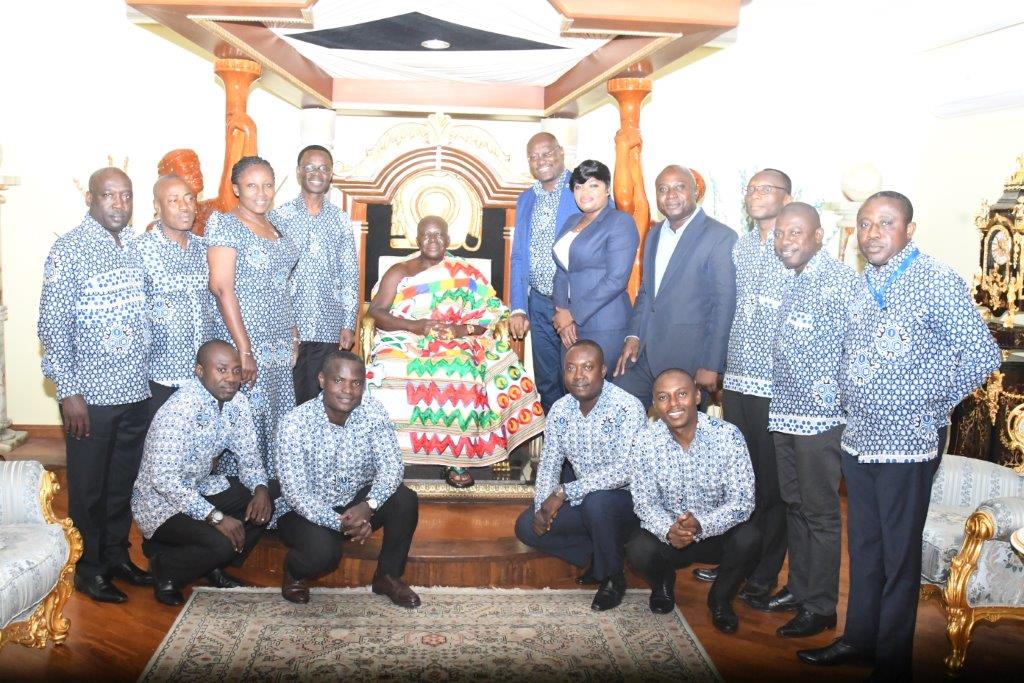 The Asantehene Otumfuo Osei Tutu II has assured the Managing Director of the National Investment Bank (NIB), Mr. Samuel Sarpong of his utmost support and blessing, and has urged him to work assiduously to turn the fortunes of the bank.

This he believes would speedily return the bank to profitability thereby, give it the clout to significantly support the industrialization agenda of the country.

The Asantehene gave this assurance when the management of the Bank called on him at the Manhyia Palace to introduce Mr. Sarpong as the new Managing Director of the Bank.

Commenting on his appointment, Otumfuo said, “I have followed your progress at GCB and all the initiatives you took to make GCB what it is today. I am happy that you are at the helm of affairs at NIB, another State Bank. I commend you for this achievement and I am confident that you will be given the needed support to succeed”.

Otumfuo Osei Tutu II urged Mr. Sarpong to be resolute in his decisions and consider every customer as important for the growth and success of the bank. Otumfuo advised him to adopt best banking practices to ensure that, customers’ deposits are protected.

Mr Sarpong on his part thanked the Asantehene for granting him audience, and reposing confidence in him.

He also congratulated Otumfuo on his 20th-anniversary coronation and praised him for his exemplary leadership over the past two decades.