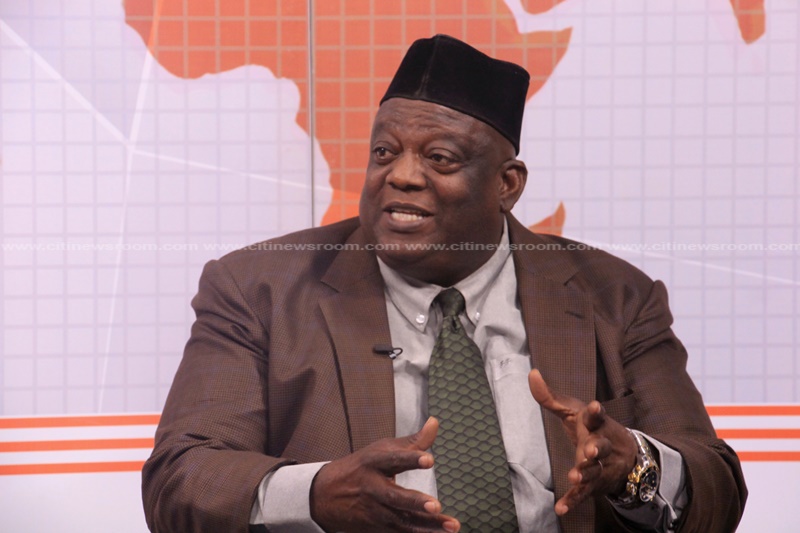 The Director of Business Operations for Dalex Finance, Joe Jackson has described as unfair and shabby, the dismissal of Nigerian Professor, Austin Nwagbara.

Professor Nwagbara’s contract was on Wednesday terminated by the University of Education, Winneba where he was a visiting scholar.

The termination followed a leaked video in which the Professor was seen advising Nigerians on how to regain their integrity in Ghana.

He also claimed the degrees awarded by Ghanaian universities are inferior compared to tertiary institutions in Nigeria.

The University in a statement said the professor was found to have grossly misconducted himself by his utterances.

Mr. Jackson on Citi FM’s/ TV’s News Analysis Programme, The Big Issue said the lecturer was treated unfairly, given that his comments were not inciteful.

“The Lecturer was treated shabbily by being sacked. What did he say that was criminal?He said let us use our media to portray ourselves in a better light even in Ghana. Is that incitement? Did he say Nigerians in Ghana should take machetes and butcher their next door neighbours or butcher people? I think it is unfair.”

“I think the way we are treating the Nigerian traders here is shabby. The [Ghanaian] traders do not want competition. They do not want people who will sell. They are all selling the same goods.All they want to do is to get rid of competition… I disagree that the problem is with Nigerians. I think there is a growing xenophobia,” Mr. Jackson said.

The Academic Staff Union of Universities (ASUU) in Nigeria has said it will hold the government of Ghana and the University of Education responsible should any harm befall Professor, Austin Nwagbara.

“They should take notice that should anything untoward happen to Professor Nwagbara, the authorities of the University of Winneba and the government of Ghana would be held squarely responsible with its reciprocal consequences for Nigeria-Ghana relations and the Ghanaian community in Nigeria.”

“Our Union ASUU-UNILAG received with anguish, the reports of harassment, intimidation and detention of one of our colleagues Professor Austin Nwagbara who is currently on sabbatical at the University of Education, Winneba, Ghana, based on a leaked video of a meeting addressed by the erudite Professor.”

“It is the opinion of our Union that no matter how scathing the views of Professor Nwagbara may be to the authorities of the University at Winneba, the Government and people of Ghana, the fact remains that Professor Nwagbara’s views should be viewed within the context of academic freedom guaranteed by Article 3 and 4 of the Kampala Declaration on Intellectual Freedom and Social Responsibility which states that.No African intellectual shall in any way be persecuted, harassed or intimidated for reasons only of his or her intellectual work, opinions, gender, nationality or ethnicity.

Prof. Austin Nwagbara was arrested and interrogated at the police headquarters in Accra over the contents of the video but was later granted bail.

In the said video, he was speaking in a meeting with Nigerian students.