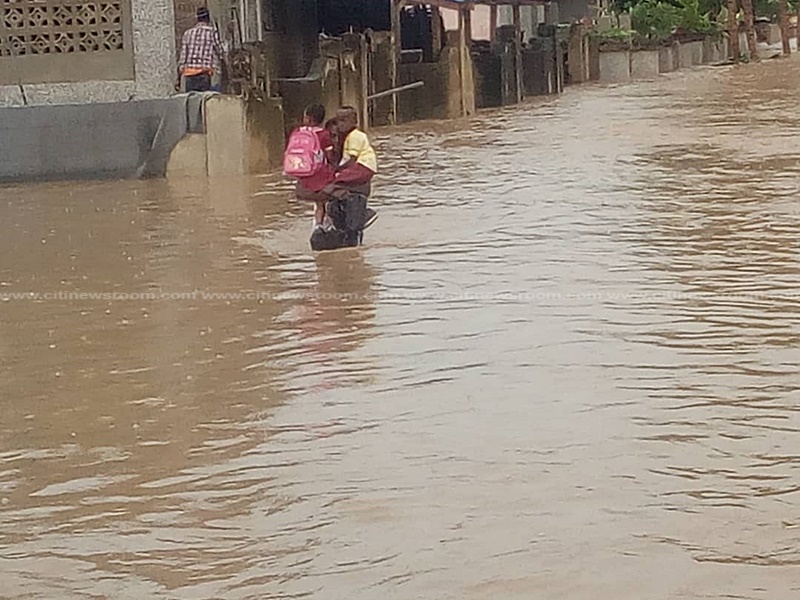 In all sincerity, the myriad of problems that plague us is as a result of a lack of a sense of responsibility and urgency.

Take the perennial floods and the back and forth issue of getting our cities, especially Accra, clean for example, the matter of solving these two problems lie with leadership.

Lee Kuan Yew, a former Prime Minister of Singapore was answering a question from a journalist in a press meeting on demonstrations in his country and this was what he said to the journalist: “decisions have got to be made by adults, not teenagers, but it has got to be made in such a way that when the teenagers become adults and they look back on these decisions they will be proud of the generation that went before them.”

In our country, we keep referring to Lee Kuan Yew’s country every now and then. We have forgotten that it took a strong sense of responsibility and urgency to bring that country to its current level.

We have had leaders since the coming in of the 1992 Fourth Republican Constitution who have not moved beyond their words to address these two issues: perennial floods and poor sanitation. Their best bet have been to go around after the flood or dredge the Odaw River. Later they make speeches and promise that the problem will be dealt with.

Recently, the Upper West Regional Environmental Health Department launched the Regional Community-Led Total Sanitation/Open Defaecation Free League Table June 2019, and the focus of the launch was to make the political, as well as administrative leadership of the various Municipal and District Assemblies, understand that, the total eradication of open defaecation was a matter of leadership – the theme: “Achieving District Wide Open Defecation Free, The Role of MDA Leadership” explains it all.

At this launch, Nandom District received all the praise. In the three editions of the ODF League Table, Nandom District Assembly has been consistent in topping the list. What was the secret?

The District Chief Executive, Mr. Thaddeus Aasoglenang Arkun noted that, the leadership – right from the District level, through to the traditional leadership, exercised consistency in their efforts to reach that level. Mr. Arkun mentioned that there were bye-laws that were enacted; defaulters were arrested and made to pay fines. Leadership that is driven by a high sense of responsibility and urgency can never fail to achieve positive results.

Leadership right from the Presidency to the District level of this country must start implementing the existing laws that frown on littering, as well as get on the ground and mobilise the Ghana Institute of Engineers and all who matter in planning our cities so that these cities will be impregnable against floods. But like the group of mice who couldn’t find anyone to stand up to bell the pussy cat who has been terrorising them, our leaders are afraid of losing the next election should they tackle the issue the way it must be tackled – ban plastics, demolish buildings and other structures in waterways, relocate traders and residents away from water bodies, implement punitive laws against littering as well as empower the Environmental Health Department to arrest and prosecute sanitation offenders. So all we hear them say is promises. The real action is too dangerous – it is like a naked electric wire.

It is high time the political leadership of this country exercised some high sense of responsibility and urgency so as to ensure that it is everybody’s and somebody’s duty to be responsible for the cleanliness and safety of our cities, especially Accra.