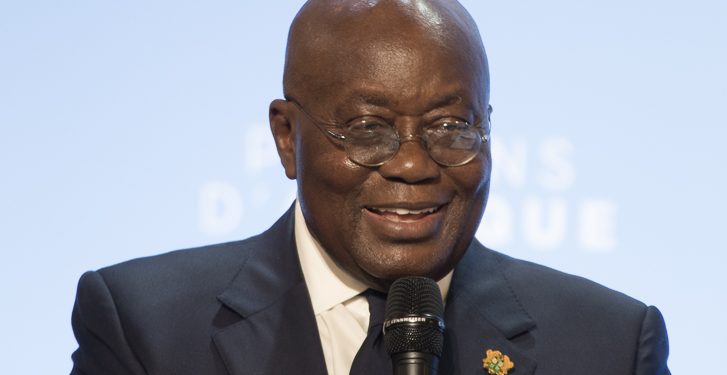 President Nana Addo Dankwa Akufo-Addo has stressed that he will undertake activities that will protect the environment despite the possible negative implications on his 2020 electoral votes.

He said although he was made aware of the resistance that greeted his administration’s imposition of a ban on small-scale mining to sanitize the sector and the efforts to weed out illegal small-scale mining popularly known as galamsey in 2017, his quest to safeguard the environment for the present and future generation motivated him to still carry on with the decision.

Speaking at Breman Asikuma in the Central Region at the beginning of his three-day tour of that region, Nana Akufo-Addo said he is not perturbed about the threat by his critics to vote him out in the 2020 election.

“Some young men were not happy. Some insulted and vilified me, threatening to vote against me in 2020. But what I did was to protect the environment and do what God told me will be best for Ghana. I will not think about the implications it will have on elections,” he said.

After more than 15 months after the government formally launched activities to clamp down on illegal mining activities, not much seem to have improved as there are still many reports of illegal mining in some communities in the Eastern, Western and Ashanti Regions.

The secretariat was also hit by alleged bribery and corruption in Anas Aremeyaw Anas’ exposé on illegal mining.

The secretariat was commissioned in March 2017 by President Akufo-Addo to reform artisanal and small-scale mining in the country.

The Convener of the group, Ken Ashigbey had earlier blamed it on what he described as lenient sentences handed to persons arrested for engaging in illegal mining.

Mr Ashigbey said the systemic failures must be addressed.