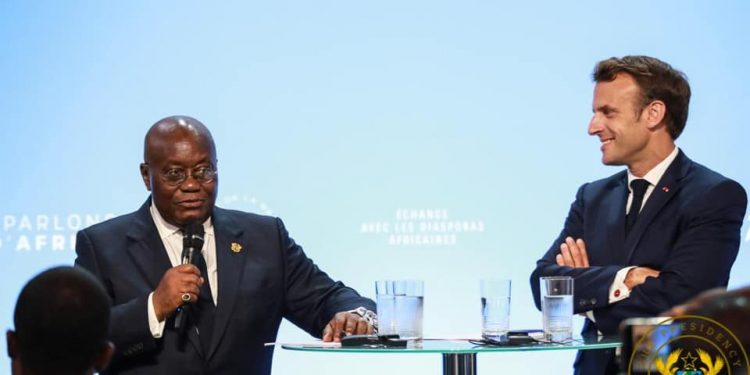 President Nana Akufo-Addo has tasked Africans and their leaders to take charge of their own destinies, abandon dependence on aid and charity, and, work towards the transformation of their countries.

Addressing the Africa Diaspora Summit on Thursday, 11th July, 2019, together with the President of France, Emmanuel Macron, Nana Akufo-Addo expressed regret that despite gaining independence several years, many African countries are yet to experience socio-economic prosperity.

“Once we change the narrative about Africa, we have to get away from the idea that there is some ‘Father Christmas’ somewhere who is going to come and develop our continent for us. There is no such ‘Father Christmas’. There is just us. Once that mentality is changed, then our relations with other people will become much more structured,” the President said.

He said work must be done to change the situation where the relationship between Africa and Europe only leads to gains for Europe while Africa remained as it is.

He said “It cannot be right that the continent that has allegedly the wealthiest resources of the world is also the home of the poorest people on the globe. That disconnect is not a good one, and we need to work to change that.”

With the President insistent on educating Africa’s youthful population, he explained that “once we find the means to do the educating of this population and giving it skills, then we are putting Africa on the path of very, very strong economic growth,” he said. 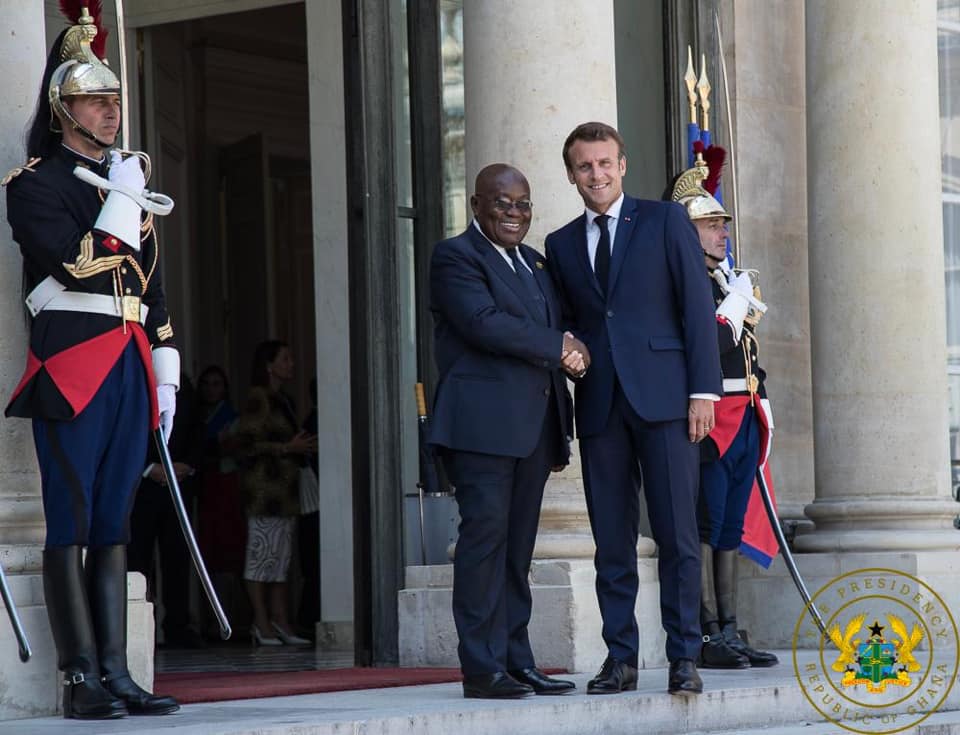 The President continued, “We can replicate what has been done in Asia if, like them, we maintain the discipline and correct analysis of what we need to do to move our continent forward. They have been able to transform the lives of millions of Chinese, of Indians. Why can we not replicate that same phenomenon on our continent? I have no doubt that those of you here can make a big input into that transformation that we are all looking for.”

President Akufo-Addo maintained his stance of Africa not turning its back on the world, in her pursuit of self-reliance.

“We live on the same planet. We need the association and partnership with countries like France, the networks they have developed, their savoir-faire in all those areas that we can profit and benefit from. It is for us to define that relationship that we want with the rest of the world. We should not be caught up in a language or narrative that says that we are appendages to other people’s thinking and policies. That will not help us,” the President said.

To the African Diaspora, he reminded them of the fact that the destiny of all black people in the world wherever they are is bound up with Africa.