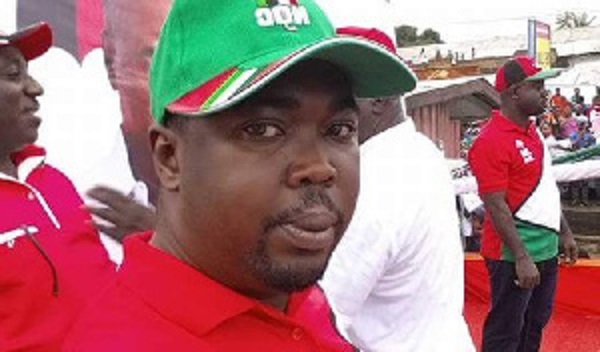 The Eastern Regional Secretary of the National Democratic Congress (NDC) Mark Kevor is set to announce his resignation from his current position to contest the Afram Plains South constituency primaries.

The NDC on Wednesday opened nominations for its parliamentary primaries which come off next month.

Amongst the guidelines for the NDC’s primaries is a requirement for executives at any level of the party to resign their position to qualify to contest.

Speaking to Citi News, Mark Kevor who contested for the primaries but lost in both 2012 and 2016 says he is optimistic about his chances this time around.

“I am preparing to resign. The resignation is when you submit the form and pick nominations form. I will be resigning on the 18th of this month. I have contested this seat since 2012. And I am determined to serve my people. This is the reason I am stepping down and going down to contest, maintain the seat and mobilize popular votes for the flagbearer.”

“If you look at the joy that has greeted this, the people have high hopes in me and they feel that I can best represent the constituency in parliament. I think I have served the party enough and I have to take my experience to parliament”, he added.

In a related development, in the Asawase constituency in the Ashanti Region, incumbent MP Mohammed Muntaka Mubarak picked his nomination forms to contest the seat again.

There is seeming tension in the Constituency as NDC members are divided following the emergence of a new person who is seeking to contest, Muntaka Mubarak, the sitting Member of Parliament, in the party’s internal elections.

His main contender Masawudu Mubarak, could not pick his nominations forms on Wednesday because he failed to provide his party card.

The Deputy General Secretary of the party in the region, Marwan Abdul- Wahab told Citi News that he hopes things will be normalized by close of day.

“If my memory serves me right, it is only one person. Initially, they were supposed to be two candidates but one person was unable to go through the processes because of Ghana card issues but today, I am sure they will be back with the card for us to continue.”