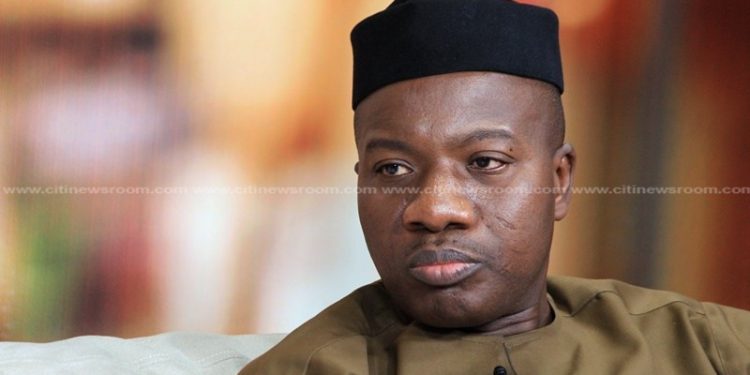 Sources close to the development told Citi News that the five charges which include abuse of public office were filed last Thursday.

The High Court had earlier dismissed some other charges brought against the MP because it said the charges did not come under the Special Prosecutor’s domain.

The Bawku Central MP, Mahama Ayariga told Citi News he is yet to be served with the new charges but says he cannot understand the Special Prosecutor’s motives.

“I have not been served with anything but I have seen electronic copies of some court processes emanating from the Special Prosecutor office. They contain the same facts regarding a loan facility that was given to me. I am servicing the loan on a monthly basis and I am paying close to GHc140,000 of the loan amount now. It is better to follow the process and see how it ends. I do not know if that is the objective but let us see what the court will say.”

The Bawku Central MP was also among other things accused by the Special Prosecutor of transferring foreign exchange from Ghana through an unauthorised dealer contrary to sections 15(3) and 29(1) of the Foreign Exchange Act 2006, Act 723.

He was accused of allegedly abusing his office as a public officer for his private benefit by selling the three Toyota V8 Land Cruisers meant to be used for your official duties as a Member of Parliament to one Kendrick Akwasi Marfo of ATLAS-Rent-A-Car at a price of GH¢40,000 each.

But the case hit a snag after three of the charges were struck out because they had no tangible link to the corruption accusations on the charge sheet presented to the Court by the Office of the Special Prosecutor.

Mr. Amidu admitted to the Daily Graphic newspaper that there were some lapses in his office’s approach and agreed with the High Court’s assessment.

The charges struck out were fraudulent evasion of customs duties and taxes, dealing in foreign exchange without license and transfer of foreign exchange from Ghana through an unauthorised dealer.

“When I got the judgment, I had no doubt that the judge in the case did the right thing by not pronouncing on the ability of the office to investigate and prosecute under the Customs Act or the Foreign Exchange Act,” he told

Obinim sues GRA for taking over his bank account