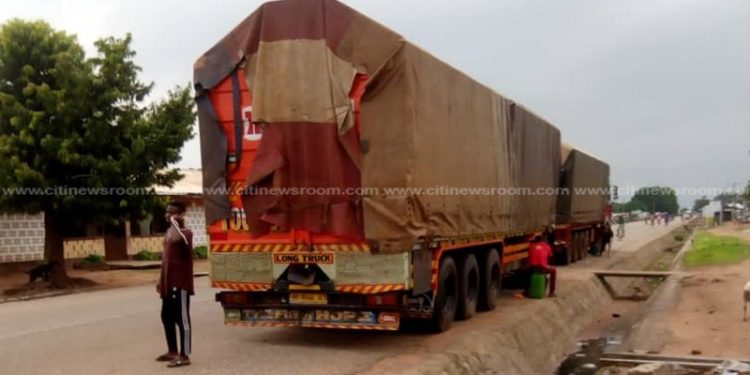 File photo: A truck loaded with what is believed to be smuggled fertilsier

The Yeji Police Command in the Pru East District of the Bono East Region has impounded two trucks loaded with fertilizers meant for the Plant for Food and Jobs Programme and heading towards Burkina Faso.

The two Man Diesel trucks with registration number AS 5946 U and GT 948 J were allegedly using the Yeji route to Burkina Faso.

Each of the two trucks allegedly had about one thousand fertilizers meant for the Planting for Food and Jobs Programme.

The District Chief Executive for Pru East, Joshua Kwaku Abonkrah in an interview with Citi News said “The drivers of the trucks were arrested but have been granted bail.”

“The trucks are currently parked at the Yeji Police Station. Peter Minka Boadu who is an Atebubu based fertiliser distributor and allegedly supplied the fertilizers is yet to be arrested but the police have begun their investigations into the issue.”

However, the owner of Agyenkwa Enterprise, a fertiliser distribution outlet based in Yeji, Patrick Odieahun is currently in the grips of the Police helping in the investigation. 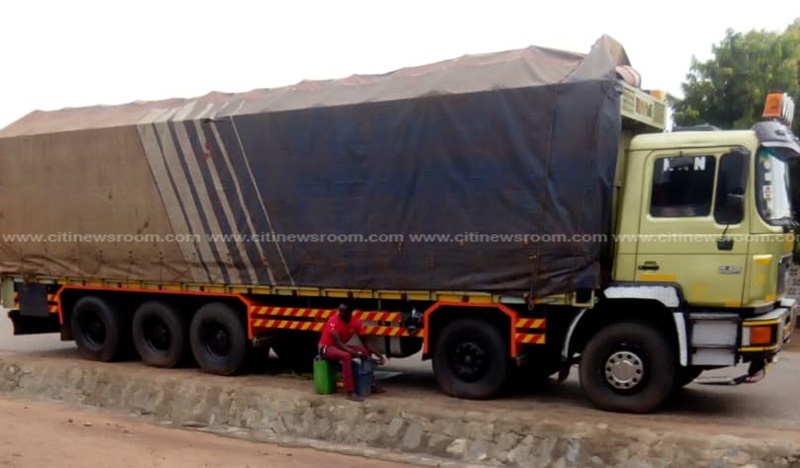 This year alone, Nkoransa South Municipality in the Bono East region and Asunafo North Municipality of the Ahafo region have all recorded incidents of missing fertilizers under the Planting for Food and Jobs Programme.

The Asunafo North Municipal Director of the Ministry of Food and Agriculture, Mr. Eric Aduamah is being investigated by the Ahafo Police Command following the disappearance of 14,497 fertilisers valued at Gh946,000.00 cedis.

In 2018, fertilizers worth about Gh600, 000 cedis meant for the Planting for Food and Jobs programme in the Sunyani Municipality got missing from a warehouse belonging to the Ministry of Food and Agriculture in Sunyani.

Seven workers of the Ministry of Food and Agriculture in Sunyani were placed under investigation by the police.

But one year down the lane the Bono Regional Police Command is yet to complete their investigation into the incident.

The PRO of the Bono Police Command, Chief Inspector Kingsley Augustin Oppong told Citi News that the Attorney General has directed the Police to do further investigation into the incident because the evidence provided by the Police so far is not strong enough to be used to prosecute the seven persons.