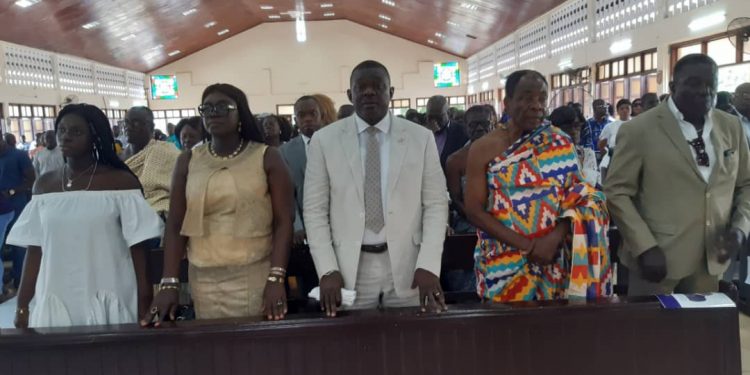 In advice to police officers eying the top job in the police service, the immediate past Inspector-General of Police, David Asante-Apeatu has stressed the importance of still maintaining personal relationships within the service.

Speaking at a thanksgiving service at St George Catholic in his honour, Mr Asante-Appeatu reminded that life in the police service will not last forever.

“I see [the potential of] many of you becoming IGPs while I am still alive. What I will humbly advise is not to outmanoeuvre and overlobby for it. You will certainly retire from the service. Do not strive to achieve this aim at all cost at the expense of the friendships that you have built.”

Mr. Asante-Appeatu also thanked the President “For the honour given me to serve my country in the capacity of Inspector General of Police.”

He had been directed to proceed on leave ahead of his retirement.

President Nana Akufo-Addo asked the Deputy Inspector General of Police, James Oppong-Boanuh, to serve in acting capacity until a substantive IGP is appointed.