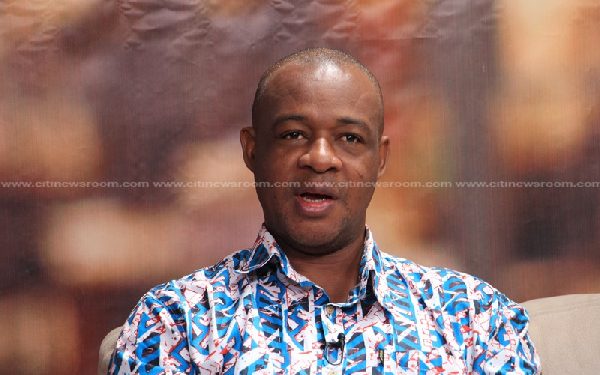 Security Analyst, Adam Bonah, has called on families of the three missing Takoradi girls to tone down and assist the Police in their investigations.

A team of Police officers from the National Police CID and the Western Regional Police command retrieved human remains from a septic tank near a building previously occupied by one of the suspects.

The Police has since requested DNA samples from the family to enable them run forensic tests on the remains. However, the family has kicked against the call.

Adam Bonah while empathizing with the family asked them to reason with the Police for a satisfactory conclusion.

“I share in the pain of the family. I believe no family should go through this. But that notwithstanding, it is not done anywhere in the world under proper forensic or crime scene investigations where the Police are going to a crime scene, especially when it has to do with something like homicide and then they call relations to come before they can pick up the remains they found…”

“With proper international practice, once a missing person is reported and there is some information about somebody, usually the Police will relay such an information to the victim’s family and let them know we have had some information and we are working with it. So I beg to differ from what the family is requesting for. It is not done anywhere. I think the family will have to tone down and help the Police bring closure to this whole missing girls saga,” the security analyst said.

Meanwhile, the Police say they expect to complete the DNA tests within four weeks.

“…It [Police administration] expects to conclude DNA tests within the next four weeks,” a statement from the police stated.

In the meantime, the Police Administration in the statement assured it will be “covering all other angles of the investigation” as the search continues for the three kidnapped girls; Priscilla Blessing Bentum, Ruth Love Quayson and Priscilla Kuranchie.