Money, financial institutions and the Ghanaian state; from utopia to dystopia [Article] 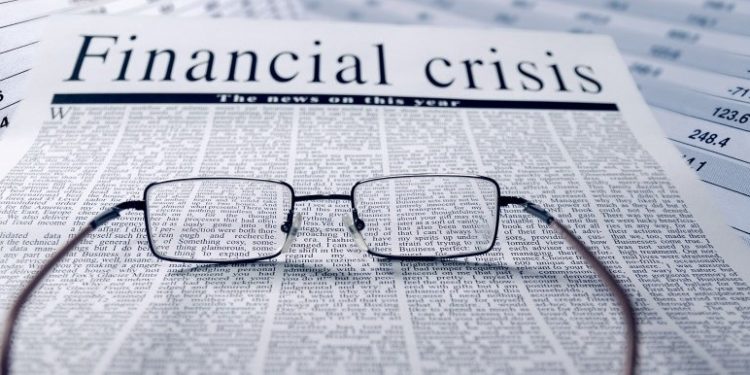 Since the oversized effect of the Menzgold saga on Ghanaian investors, I have resisted the temptation to wade into the conversation.

But the continuous collapse of banks and other financial institutions has taken away every restrain in me. More so, I am becoming uncomfortable with the politicisation of such a national calamity. I think deeply about the many people who are going to lose their jobs. I am also thinking about families that will be put on the false precipice of collapse.

As I muse over all this, I think about those who have no sympathy for groups and individuals mourning their loss. Even so, I am concerned about the attitude of Ghanaians towards money. I am stringing together how Ghanaians have made money the index of good living. The possession of money has obfuscated the purpose and intends of the human invention of money. I am also concerned about how the Ghanaian state has failed to live up to expectation as the ultimate watchdog. The lousy lifestyle of some of the owners of the collapsed financial institution is also stunning.

Since the rise of the capitalist world, particularly with the emergence of the United States as a superpower, the social function of the elements for money has lost its history on many of us. The possession of money has become coterminous with wielding power. Incidentally, in a deeply monetised world, money has become the basis of determining wits and power. A few decades ago, the English proverb by Thomas Tusser, ‘the fool and his money are soon parted,’ held a certain interpretation that valued relations over money. Today, it is better to be a foolish rich person than an honest impoverished person.

The reconceptualization of money is against the backdrop that the elements we use for money did not have any economic value. In pre-industrial societies, cowries, gold, silver, and iron ore, which provided the linchpin for currency started as items imbued with social values. Shared vicissitudes of life compelled the pre-industrial man (used in the generic sense) to cherish group living. Members who excelled in contributing to solving the challenges of life were honoured with cowries, gold, silver, and iron ore.

Over time, the role of these elements changed. Modern industrialisation which started in England in the eighteenth century changed the face of interpersonal relations. Until the eighteenth century, production was labour-intensive. The centrality of labour in the production chain lubricated social relations. The survival of an individual depended on the existence of the social other.

But since the advent of machines, which gradually displaced human labour, money became the key element in fomenting social relations. People were separated from each other. Their point of convergence became money. The visibility of labour which engineered social living gave way to what Karl Marx refers to as commodity fetishism. There were facelessness and superficiality in human labour.

While Karl Marx anticipated that the impact of commodity fetishism and labour exploitation would instigate a revolution, it appears the economic and political sagacity of Marx could not predict the trend of the modern economy. With the advent of sophisticated robots and Artificial Intelligence (AI), it is obvious that we have progressively moved from labour exploitation to labour redundancy. Is communism feasible? Well, communism will continue to be the wildest dream of Marxists. The utopia of Marxism is leading to dystopia.

But this is not to say that capitalism, the perceived obverse of Marxism, portends any good for society. It is the fetishization of money and the reconfiguring of human relations, based money that has contributed to the undoing of capitalism. What we are witnessing in Ghana with the collapse of most of the financial institutions is emblematic of a coterie of people who have lost touch with their sense of humanity. My observations and interactions with some insiders in the financial institution have informed me that quite a number of these financial entrepreneurs courted ostentatious living at the least sight of money.

There are reports and rumours of some of these individuals engaging in profligate spending. There were video footages of some of them flaunting their ill-gotten wealth in public. It appears that at the time they were doing these, they were hailed and had praise singers and griots singing their praises and adulation. They had also demonstrated an epicurean lifestyle. Some of them had allegedly bought private jet and fleet of cars. It was also alleged that some of them have mansions littered across Ghana.

In the light of all this, some of us had expected that the state (the key regulator) would step in to inquire about how monies were reduced to mere pieces of paper. We thought that the state would call these financial entrepreneurs to order or possibly investigate them. The thing about money is that it is a social and economic construct. Money is not money until there is an agreement among a group of people to recognise it as a medium of exchange.

Given the centrality of money in determining the contours of the world’s political economy, it is no exaggeration to state that we have inscribed money with some level of divinity. Money is treated as sacred. It commands more followers than any other thing in the world. Against this background, how was the state looking on unconcerned for some of these financial entrepreneurs to desacralize the Ghanaian Cedi, which had always suffered an embarrassing defeat before competitive foreign currencies? How come no alarm was raised from officialdom?

As part of the social contract that provided the linchpin for the modern state and the two revolutions in the nineteenth-century – the French Revolution and the American Revolution – that routinized republicanism and liberal democracy, the state has become the protector of its citizens. The citizens of any republic, through the vector of the social contract – ritualised in periodic elections, outsource whatever they cannot do and control by themselves to the state.

For example, most individuals cannot construct roads, hospitals, universities, and provide domestic and national security. They, therefore, pay taxes and feed some individuals to undertake these and many more functions on their behalf. It is based on this that the state regulators were responsible for protecting clients of these collapsed financial institutions.

As I have stated, in a deeply capitalist world, commodity fetishism separates the consumers from the producers. Most of the investors were, therefore, clueless about what their monies were being used for. This situation is universally applicable. There are money investors who may never know what their investments are being used for. The truth is that most of these investors are more interest in their dividends than the uses to which the monies are put.

It is because of these dynamics that the state is tasked to protect the interest of investors. The state financial regulators are paid and sustained by investors/citizens. They are given all they need to protect the interest of the investors. The incompleteness of the investors in knowing the workings of the financial sector helps in consolidating periodic elections in democratic countries. During elections, the investors vote officials into a political office and feed them with the hope that these officials will protect them.

But even as we berate state regulators, it is also true that some investors were directed by sheer greed. We are often told that ignorance is not an excused. While most of these investors may not have had the chance of reading annual reports from their financial institutions, it can hardly be said that they never knew about the ostentatious lifestyle of the owners of the financial institutions they were saving with.

In fact, it is becoming a trite observation that most of the investors of Menzgold, for example, did not tell either their spouses or family members. Some of these investors were just interested in dividends. They did not have any particular interest in reasoning with their families about the investments they were involved in. Some feigned poverty when a family member solicited support from them.

Consequently, we have tripartite offenders in the recent collapse of financial institutions in Ghana: the state, investors, and financial entrepreneurs. They should all share the blame. But since investors cannot suffer double jeopardy, the state needs to go to their aid. On the other hand, state regulators who slept on their job and culpable financial entrepreneurs should be seen punished. But more importantly, it is time for Ghanaians to understand that the penultimate investment is to invest in human beings.

Before you fetishize another Menzgold, ask for the child in your community whose parents are so poor that they cannot register the child for basic school education. Ask about the sick neighbour who is unable to raise enough money to go to school. Don’t superficially ask the child, ‘why are you not in school?’ or the sick neighbour, ‘have you been to a hospital?’

Be interested in their lives and invest in them. Since I finished secondary school, I became aware that the penultimate investment is to invest in human beings. This is simply because we have our vulnerabilities, and it is through sharing each other’s burden that we keep ourselves from developing hunchback.

The ultimate investment, however, is to invest in eternity, by accepting the life, work, teaching, and person of the Lord Jesus Christ. After amassing wealth, we shall one day leave them behind. This is because what did not always exist but came into existence will also cease to exist. Always find out whether whatever you do will have eternal value. When we are outward/heaven focused, the gavel of our sympathy and empathy will be for those who have been impoverished.

This will lead us to invest in them. Like Jesus said to the rich man, who had developed an unfettered attached to his wealth, ‘go and sell your possession and give it to the poor’ [Matthew 19:21]. While this is not to be taken literally, it simply means that we should not be attached to money at the expense of the poor and our salvation.