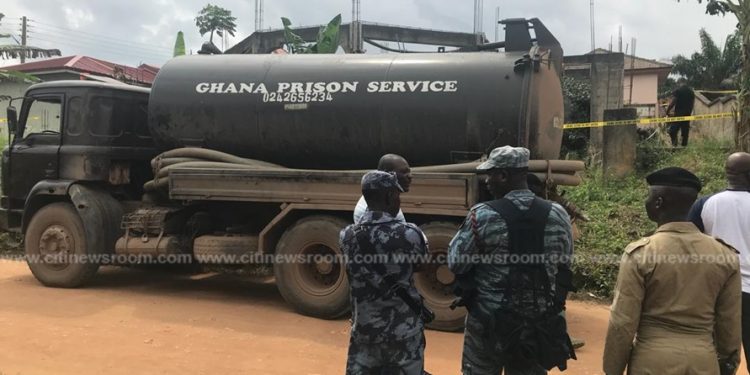 A combined team of crime scene investigators from the Police Headquarters and the Western Regional Command, led by the Regional Police Commander, DCOP Redeemer Vincent Dedjoe, on Monday went back to the former residence of Sam Udoetuk Wills, where the police had earlier uncovered some human remains. 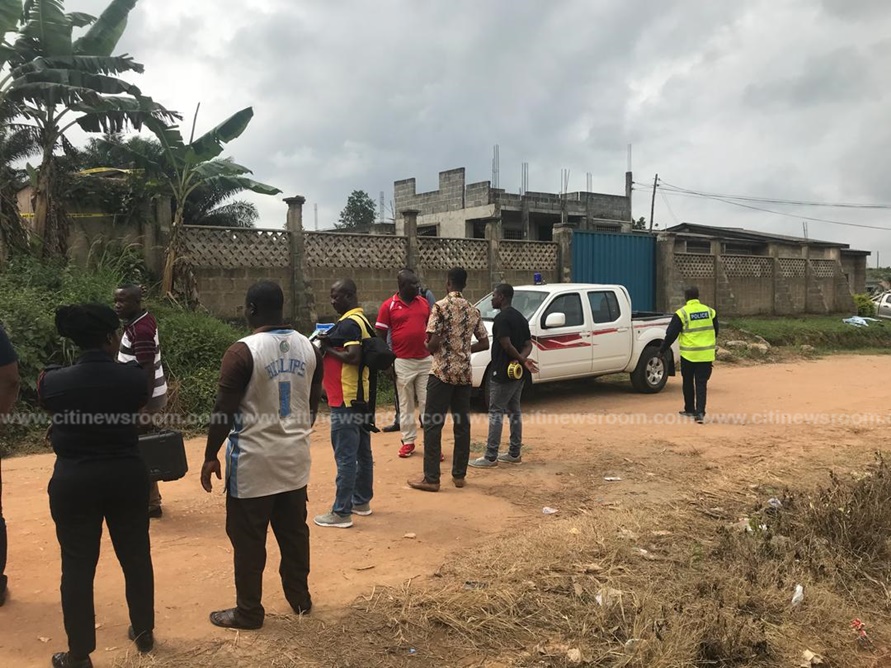 The team numbering about 20 went to the scene with a Prisons Service tanker, a ladder and some forensic tools.

They introduced more barricades at the crime scene as they combed the room of Sam Wills, the uncompleted house and the septic tank from which they had earlier discovered the human parts.

The investigators told a Citi News team that was at the scene that they [police] were there for more leads.

Human remains were found last Friday in a sewage system near the home of the main suspect in the kidnappings, Samuel Udoetuk Wills. 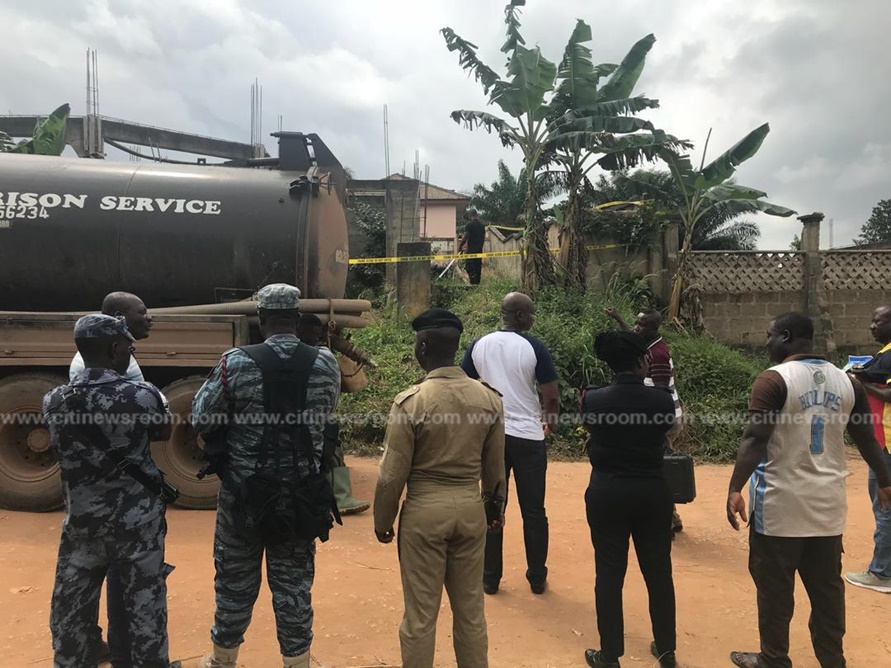 The Police has since requested DNA samples from the family to enable them run forensic tests on the remains. However, the family has kicked against the call.

The police have given themselves four weeks to complete the DNA tests.