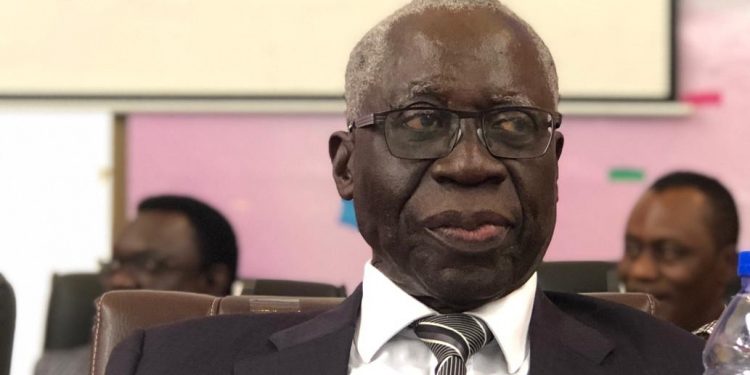 The Senior Minister, Yaw Osafo Marfo has charged Technical Universities and Polytechnics in Ghana to stay true to the mandate by training students to correct the country’s “skills mismatch”.

The Minister who was addressing the leadership of eight technical universities and two polytechnics at the launch of the maiden Applied Research Conference of Technical Universities and Polytechnics in Ho said the country’s development is “heavily hinged on Technical Vocational Education and Training which has unfortunately received little attention over the period.”

He noted that the country is at a “skills mismatch crossroad” resulting in growing unemployment hence the need for the Technical and Vocational Schools to stick to training the critical skills that the country needs to develop.

Mr Marfo said Ghana over the years has not been able to part ways with the “colonial model of education which places so much emphasis on grammar and clerical skills and not the technical set of competencies needed for development.”

He said the long term solution to the country’s’ unemployment is the training of the “critical technical and vocational skillset” which can only come about with a “shift in mindset”.

“Don’t try to be what you are not. Allow those institutions established to train people in the humanities to train them and you too focus on developing the critical skills and competence needed for development” Mr Marfo said.

He acknowledged that the TVET sector of Ghana’s education has suffered some neglect over the years in terms of financing and unjustifiable pay differentials” which does not make the area attractive to good students of the country to the detriment of the skillset most necessary for the fundamental development of the country.

He said knowing the value of TVET, the government embarked on a reform of the sector in 2017 by “review and restructuring of the system” to trigger a “rapid transformation of the sector”.

A TVET reform committee which the senior Minister Chaired found that the sector was not well “coordinated” and “Regulated” affecting standardization and the quality of instruction in training.

Mr Marfo noted that the reform committee has brought together all 280 TVET institutions under the leadership of the deputy minister for education, Gifty Twum Ampofo as a first step towards “revamping” the TVET Sector.

Quoting an anonymous quote that that underscores the role of TVET in the development of countries, the minister said: “Any nation that looks down on plumbing because it is a modest career but glorifies shoddy philosophy because it is an exalted profession will soon realize that neither its pipes nor theories will hold water.”