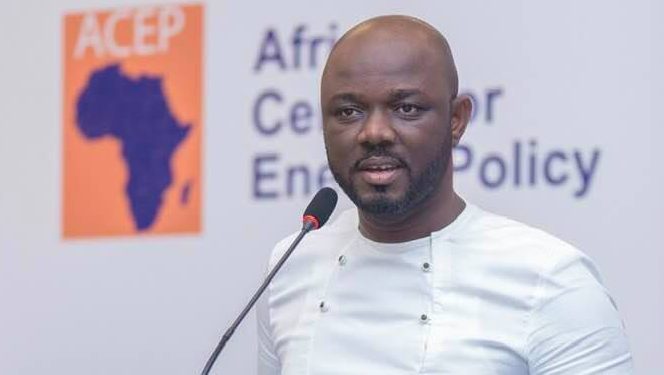 Energy think tank, the Africa Center for Energy Policy (ACEP) wants the government to commence a new concession agreement following its termination of the controversial agreement with the Power Distribution Services (PDS).

ACEP says, this could be done by bringing on board two pension fund managers and life insurance funds as well as other Ghanaian businesses.

The policy think tank says this approach will be of immense benefit to power distribution in the country.

In a statement, ACEP also warned against an agreement that will be dominated by state agencies.

“ACEP recommends that the government initiates a new concession process outside the MiDA framework and assemble tier two pension fund managers and life insurance funds to take a majority stake in the concession. The concession should not be dominated by government-controlled agencies such as Social Security and National Insurance Trust (SSNIT) or Ghana Infrastructure Investment Fund (GIIF). However, these funds can pick up minority interest in the concession.”

“Additionally, 10 Ghanaian individuals and or businesses should be hunted to invest at least two $2 million annually for five years to pick up 20 percent interest in the concession. The concession arrangement should accommodate technical backstopping by an experienced distribution company from anywhere in the world”, portions of the statement read.

It also proposed an investor shares allocation of 55%, 25% and 20% for the tier two pension and life insurance funds, other institutional investment (SSNIT & GIIF) and individual and or private investment respectively.

“With or without MCC, Ghana must commit to fixing the distribution segment of the power sector. The key problem that brought ECG to its current state is an excessive political influence and poor management. It is the same political influence that initiated the failure of the PSP. Therefore, the way to fix it is to ensure that a transparent process is instituted to attract investment immediately.”

The government after terminating the PDS deal said, it will select a new partner for the power concession agreement through a restrictive tendering process.

The US government as a result of the cancellation decided to discontinue the provision of the $190 million in support of  ECG’s turnaround.

It said, the termination of the concession agreement with Power Distribution Services was unwarranted.

Some critics had alleged that fraud claims against PDS were made up to form the basis to terminate the deal to allow some individuals in government to benefit from the deal.

But, Information Minister, Kojo Oppong Nkrumah said the motive of government in the concession has rather been to ensure efficiency and not create loot and share.