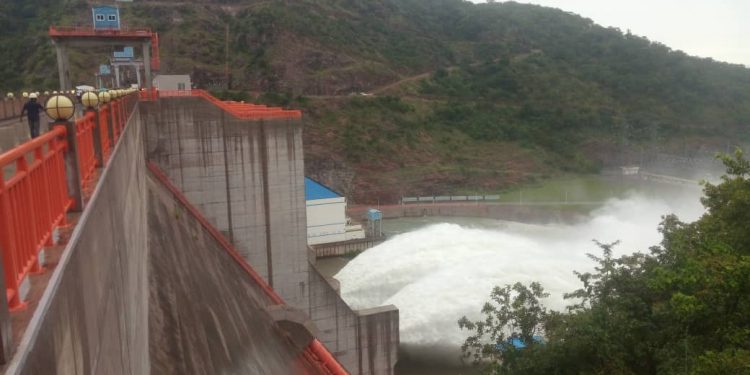 The Bui Power Authority (BPA) has debunked reports that some 50 residents of Bongase Nsuono have been rendered homeless as a result of the spillage of water from its dam.

In the Bono Region, the BPA began a controlled spillage following a rise in the level of the Black Volta ensuring that life and property are protected after the spillage.

Speaking to Citi News, the Corporate Affairs Manager of the Bui Power Authority  Cherie Lawson says the Bongase Nsuono community is not part of the forty-six communities downstream the Bui Dam.

“This is not true; the place they are talking about is an out of reach area. The people live close to the reservoir and the law says that they should be 2km away from the reservoir.  We have done everything but they are adamant and they have settled there. So when the water level started rising, it overflowed and started displacing them.  But, when we started sealing, the water has started going back and they are now comfortable. They are rather happy that we have opened the reservoir.”

The Chief of the Bongase Nsuono, Togbe Keteni Yelu has also denied media reports that the spillage has destroyed properties in his community.

“Truth be told, when the dam was opened, my friend and I went there to check on the situation. So if residents say it flooded, then the claims are false.”

Meanwhile, the Authority has assured that it will offer some support to affected communities as controlled spillage of the Bui Reservoir takes place.

The Authority indicated that the exercise has become necessary due to the rising water levels of the Black Volta.

CEO of the Bui Power Authority, Fred Oware, says the communities to be affected by the exercise have already been planned for.

“If it becomes protracted beyond two or three weeks, there is the need to assist those who are going to be impacted. We will take care of that but, for the time being, we don’t anticipate any adverse impacts.”

Ghana must also close its borders just like Nigeria - GUTA