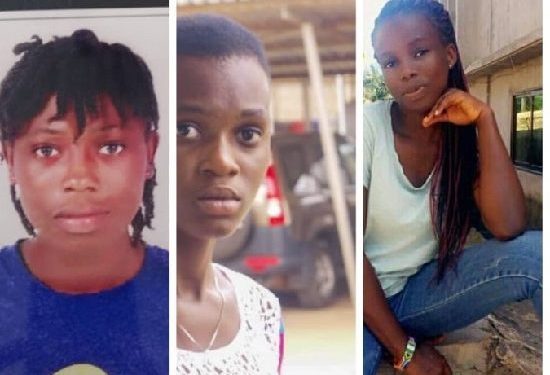 Families of three of the missing Takoradi girls who were declared dead by police are still agitating for the release of the victims’ remains after the DNA test.

The families have made an appeal to the Inspector General of Police not to renege on his commitment to release the human parts for an independent DNA test.

A sister to one of the girls, Rebecca Quayson, said apart from being refused the remains, the families have also been refused hard copies of the initial police forensic results that confirmed the deaths of the girls, that had been missing for over a year.

She told Citi News that the families cannot have closure until they independently conduct DNA tests to corroborate or dispute the police report.

“We are not happy because the IGP held a press conference telling Ghanaians that if the family wanted a second opinion, he was ready to release the bones. But it is a different story now.”

She said three families went to the Western Region police command and requested for the remains for “a second opinion and maybe burial.”

Rebecca Quayson thus urged Ghanaians to come to support their demands for the remains insisting that the police “can’t bury our girls for us.”