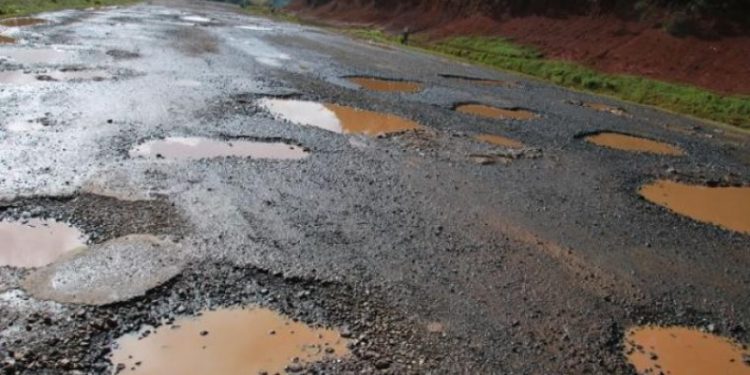 Drivers and commuters who ply certain roads in the Bono and Ahafo Regions are unhappy about the state of roads around the Bechem and Fiapre toll booths.

They have therefore appealed to the Ghana Highways Authority to improve the state of these booths.

Citi News‘ Michael Sarpong Mfum reported that over 3000 cars use the Bechem toll booth located in the Tano South Municipality in the Ahafo Region daily.

The toll booth which is on the main Sunyani Highway links parts of the Ahafo Region to parts of the Bono Region.

The road around the toll booth is in a deplorable state, a situation that bothers the road users although they are bound by law to pay the toll.

Speaking to Citi News, they questioned why the daily tolls they pay are not used to maintain the roads.

“It is synonymous with all toll booths across the country because I travel widely and you realize that wherever we have the toll booths, the road in that particular area is always in a deplorable state. I think it has to do with the road engineering. There is a lot of pressure being exerted on that particular spot. The road engineers should come and do something about it,” a gentleman lamented.

“We are begging them to come and do something for us because we pay money at the booths. At times, I fight with them because I don’t want to pay because of the state of the road. So we are calling on leaders of the country to come to our aid,” another road user said.

This situation is no different at the Fiapre toll booth located in the Sunyani West Municipality in the Bono Region.

Ghana Highway Authority had earlier said that plans were underway to cede the management of some toll booths in the country to private companies.

According to the Authority, this will maximize the generation of revenue to bolster the financing of road infrastructure.

“We’ve identified a lot of leakages in the collection of tolls which is affecting the revenue expected to be generated from the toll booths,” the Chief Executive of Ghana Highway Authority, Ernest Kingsley Arthur, told Citi News.

A new Afrobarometer survey indicates that Ghanaians are most concerned about the deficit of infrastructure and roads.

This survey marks the first time since 2002 that infrastructure and roads topped the list of citizens’ priority problems.

Concerns about infrastructure and roads are highest in three of the newly created regions – Bono East, Oti, and North East – and lowest in Greater Accra and Upper East.

This year has seen several communities in the country rising in protest because of the poor state of their roads.

The government in efforts to address this concern stressed a focus on fixing roads across the country in 2020 and beyond as part of its budget for the next year.