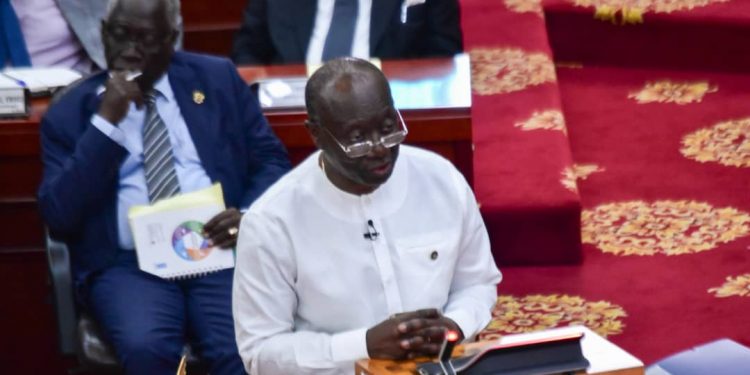 The Finance Minister, Ken Ofori Atta has said the government will soon prosecute individuals whose actions led to the banking crisis.

The Central Bank has over the past two years revoked the licenses of a number of banks, microfinance companies, and Savings and Loans companies.

While presenting the 2020 Budget and Financial Statement in Parliament on Wednesday, the Minister explained that the “on-going prosecutions” will specifically ensure that “all those culpable, as well as the negligent officials of the regulators, will face justice as soon as possible.”

The Minister also rubbished suggestions that the government deliberately collapsed some financial institutions.

“Mr. Speaker, it is important to state that the Government has not under any circumstances intentionally collapsed any financial institution. These institutions were insolvent and/or distressed as a result of their own actions, and their respective regulators stepped in to intervene and to save over 4 million depositors and investors [cash].”

“Our commitment is to ensure that we provide relief to many of the victims. The total estimated cost for our fiscal intervention, excluding interest payments, from 2017 to 2019 is estimated at GHS16.4 billion, about 5% of GDP.”

A few days ago,  SEC also revoked the licenses of some 53 Fund Management Companies.

The 53 fund management companies who have lost their licenses were said to be managing a customer base of about 56,000 whose funds run in excess of GH¢8 billion out of the total GHc25 billion of the entire securities sector.

Just recently the state dragged the former Chief Executive Officer and Managing Director of defunct Capital Bank, Ato Essien and Fitzgerald Odonkor and two others to court over the collapse of the bank.

The state leveled 26 different counts of charges against the four which included Kate Quartey-Papafio and Tetteh Nettey.

“William Ato Essien and Tetteh Nettey between October and November 2015 in Accra in the Greater Accra Region agreed to act together with a common purpose to steal the sum of GHc100,000,000,” the writ sighted by citinewsroom.com stated.

An Accra High Court subsequently granted bail in the sum of GHc200 million to the two.