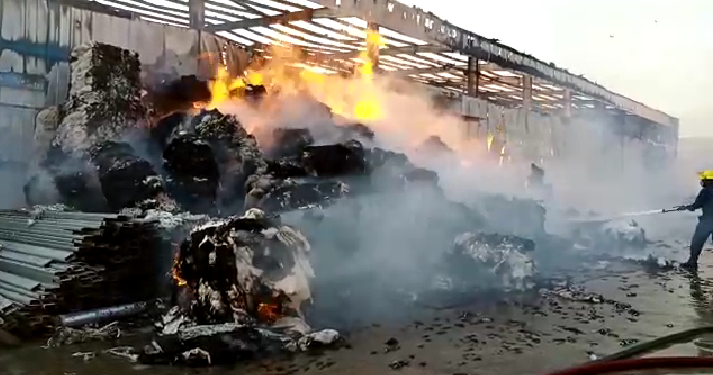 Fire gutted the Bobo Toilet Roll factory at Aprah, a suburb of Gomoa Budumburam in the Central Region on Saturday afternoon.

The blaze started around 1:00 pm. The cause of the fire was unknown at the time this report was being published. 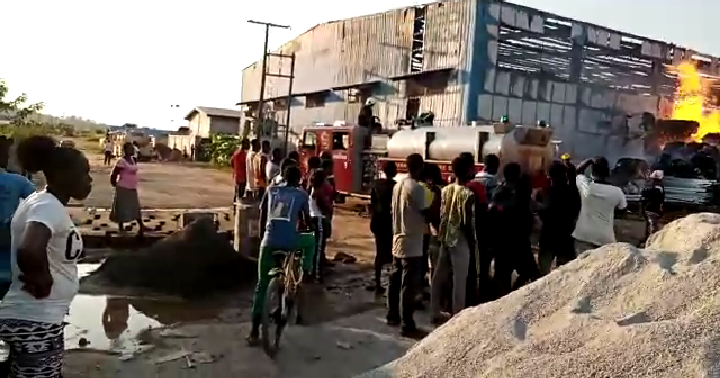 Officers at the Ghana National Fire Service in Gomoa Budumburam were brought in but it took them close to eight hours to quench the fire. 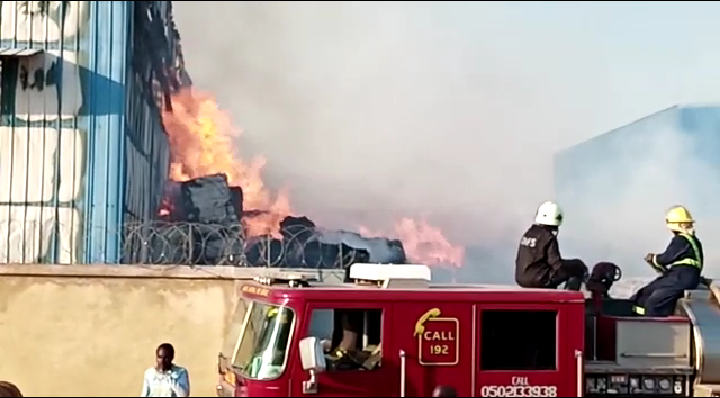 The incident also led to the majority of its workers being laid off.

The Chinese nationals who own the company have refused to comment on the latest incident.

But the Ghana National Fire Service at Gomoa Budumburam says it will investigate the matter and ascertain the cause of the fire.