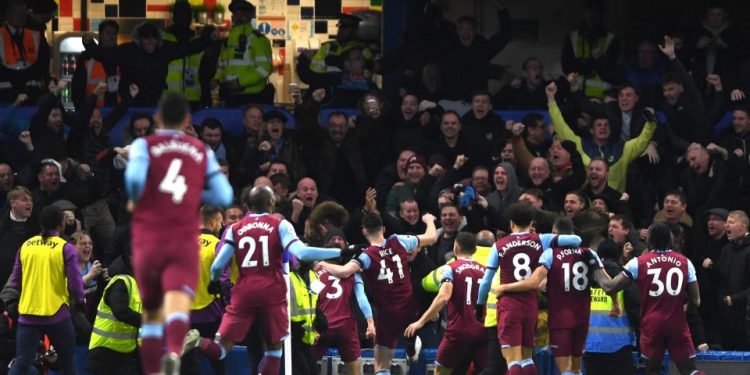 West Ham got one over on former player Frank Lampard by beating his wasteful Chelsea side 1-0 at Stamford Bridge, condemning them to back-to-back defeats in the Premier League.

Lampard made five changes – naming Willian, N’Golo Kante and Cesar Azpilicueta on the bench – and the Blues paid the price as Aaron Cresswell struck to end a run of eight games without a win for the Hammers.

Earlier in the day, Man City dropped two points away at Newcastle and league-leaders Liverpool took full advantage with a 2-1 win over Brighton, although they made hard work of it.

With the hosts seemingly cruising at 2-0 thanks to a double from Virgil van Dijk, Alisson saw red for handling outside the box and Lewis Dunk converted the resulting free-kick with some quick-thinking.

And the Reds were forced to survive some late pressure to gain all three points and go 11 points clear of Man City and Leicester.

Elsewhere, Tottenham continued their 100% start under Jose Mourinho, but they suffered a late scare in their 3-2 victory over Bournemouth.

Dele Alli struck twice and Moussa Sissoko made it three before Harry Wilson pulled two back for the visitors, including a fine free-kick.

And Crystal Palace ended their five-match winless streak with a 2-0 victory at Burnley.