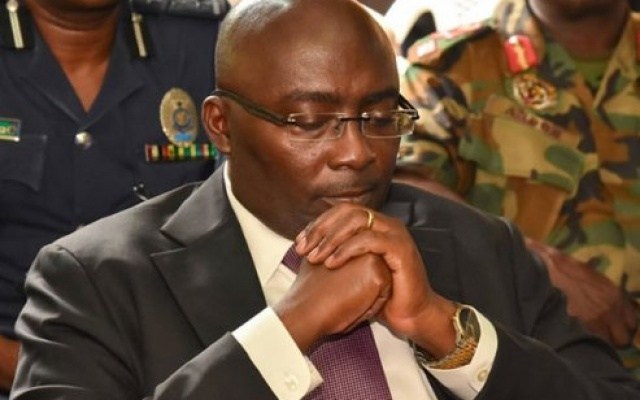 Police at Walewale in the North East region have arrested four persons in connection with an alleged robbery incident at a private residence of the Vice President, Dr. Mahamudu Bawumia.

The suspects are said to have robbed five other houses in the neighborhood.

Citi News has gathered that work is currently underway at Bawumia’s house, which is located at Walewale to increase the height of the wall.

The walls were short and had no barb wires, making it easy for the robbery to scale it and get access to the premises.

The caretaker of the house, Clement Juayibin told Citi News although the Vice President’s residence was intruded,  it was not a case of robbery as has been reported.

According to him, they found that someone had scaled the wall into the compound but the person jumped out and escaped when he realized he had been found out.

“There was no robbery. This thing happened about a month and half ago and it was just somebody who scaled the wall and when we heard the noise and moved, the man took off. Nothing was taken,” he said.

Clement Juayibin further indicated that efforts are underway to reinforce security at the house.