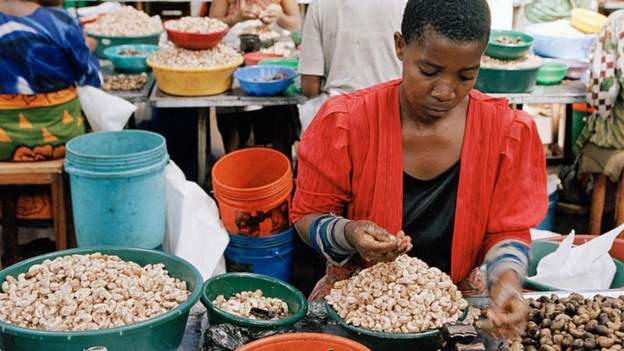 Tanzania’s government is investigating allegations of widespread fraud in a scheme intended to rescue the country’s cashew nut industry.

This is the first time the government has admitted something may have gone wrong with last year’s takeover of the cashew nut trade, when price disputes between farmers and traders led to the government deploying the army and buying the entire crop.

It says more than $17m (£13m) paid by the cooperative unions on behalf of the government are questionable, with the quantities of nuts purchased being exaggerated – and “ghost” payments being made for nuts they never collected.

Agriculture Minister Japhet Hasunga also accused some unions of lying about the quality of nuts they bought in order to inflate the price. When intervening in the trade last year, the government said it was shielding the farmers from traders’ exploitation.

The move led to a price hike in the world market and affected local production and trade. This season the government hasn’t set a minimum indicative price, suggesting they may have learnt from last season.