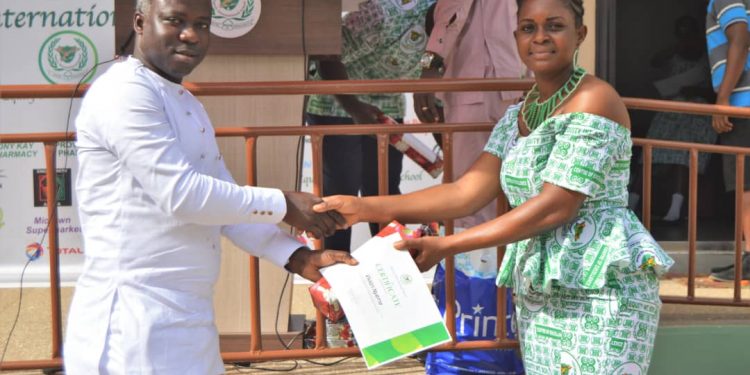 Equity International school held it’s 6th anniversary and graduation ceremony over the weekend at Suhum in the Eastern Region on the theme: “Education for all – A major key to promote the National Agenda of Ghan Beyond Aid.”

Mr. Richard Afasi, the Director of Equity International School said their mission is to nurture individuals to become world-class citizens who have passion to explore and understand the world around them through transformative education to produce a top breed of citizens with zeal to serve their communities.

He noted that the school was established on September 17, 2013, by Mr. Daniel Kwame Afasi of blessed memory adding that the school started with an enrollment of 54 pupils but through hard work and dedication, the school can now boast of 474 pupils from nursery to JHS 3.

He said they scored 100 percent pass rate in the 2019 Basic Education Certificate Examination (BECE) with distinctions adding that the majority of the students gained admission in their first choice schools at second cycle institutions among other successes.

He said before the celebration, the school partnered with Engage Now Africa (ENA), Forever Young Foundation and other benevolent organizations/individuals and donated a number of items to some selected public/private institutions in the Suhum Municipality to aid their work.

The institutions that benefited include; Suhum Magistrate Court which received 20 bags of cement and one trip of sand. He said the Suhum Police Station received one industrial photocopier machine and reflective jackets were also donated to the MTTD department. 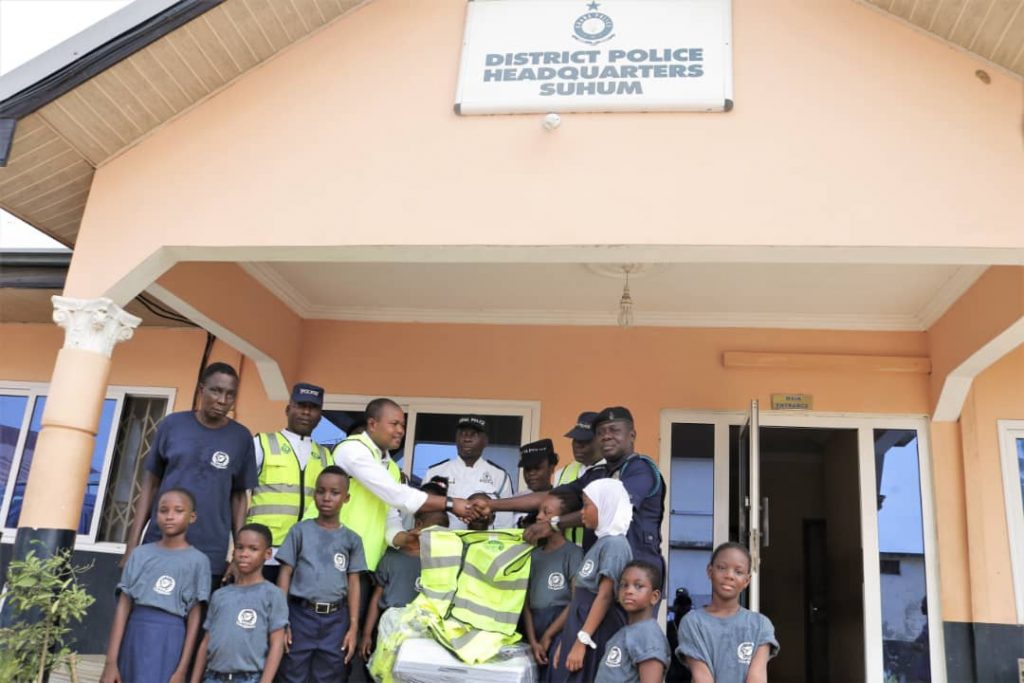 Suhum Government Hospital received mechanized borehole, a wheelchair, an ultra-modern bed for the theatre, four Pulse Oximeters, Glucose Meters and also painted the entire hospital with the help of management.

The Director said some of the challenges facing the school was the terrible condition of the roads leading to the school and how thieves stormed the school making away with some valuable items. 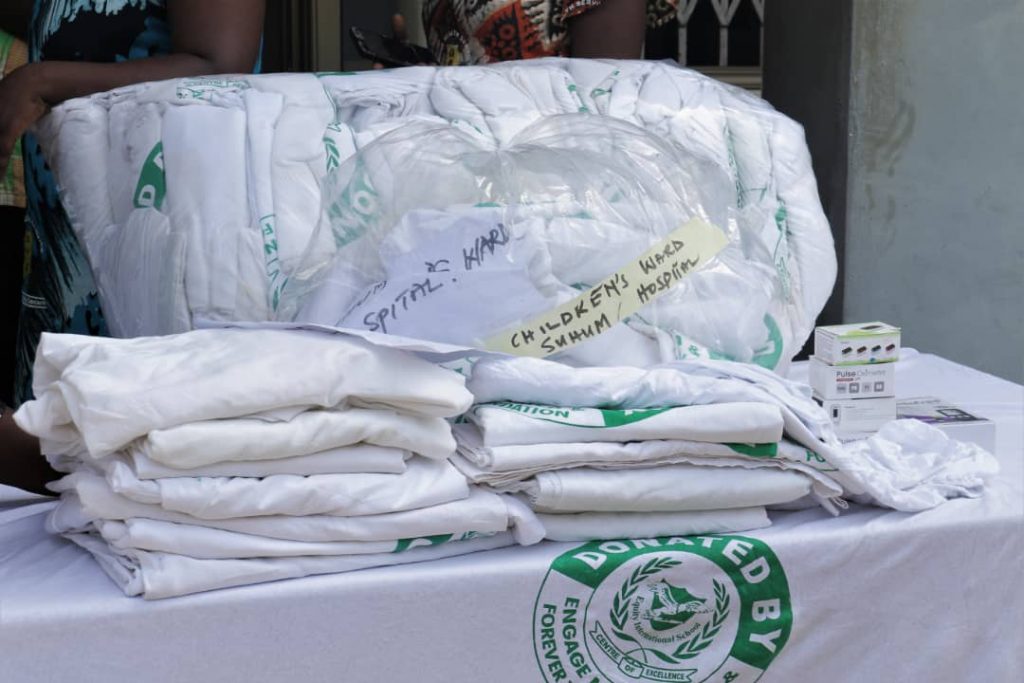 The Director pleaded with the Suhum Municipal Assembly to come to their aid to find a lasting solution to the problem.

Mrs. Esther Quaye-Sowah, the Suhum Municipal Director of Education who was the Guest Speaker for the event said success is never found on a silver platter, but rather comes as a result of sacrifice, long-suffering and hard work.

She said it was the duty of all stakeholders including parents, teachers, pupils and everyone to perform their respective roles diligently to ensure that quality education prevails in Ghana.

Mrs. Quaye-Sowah commended the school authorities for working tirelessly around the clock to bring the school to the level in which it is now saying the school is one of the best in the municipality. 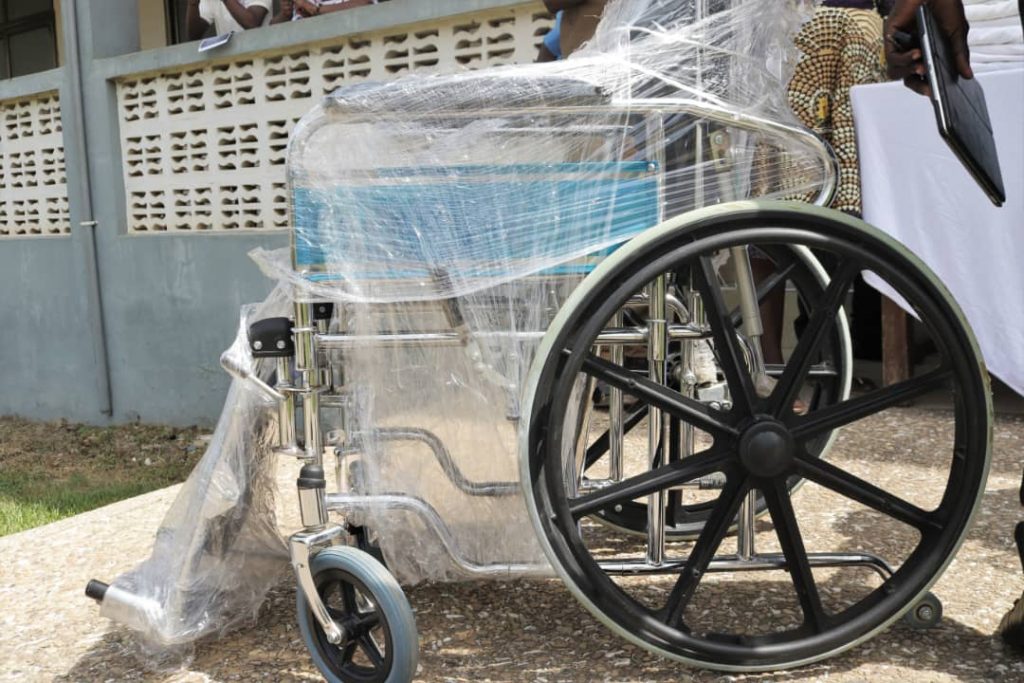 Mr. Afasi Komla, Director of Special Projects of Engage Now Africa (ENA) said they are mainly into “Build and Transfer” projects and some time ago they received a couple of requests from those institutions.

So they had a meeting with their stakeholders in a bid to find ways to yield to such requests adding that Engage Now Africa (ENA) and Forever Young Foundation, the main sponsors raised an amount of GHc35,000 for the donation while other organizations and individuals also contributed GHc150,000 to support the program.

He said the donation forms part of their Corporate Social Responsibility to give back to society and urged individuals to also give their widow’s mite to support the government so as to move Ghana forward.

On behalf of the facilities that received the items, the Suhum Government Hospital thanked Equity International School and its partners for their kind gesture saying the mechanised borehole is a good story for the hospital because over 284,000 populace from Suhum, Ayensu and the surrounding communities usually rely on the hospital for water supply.

They pledged to take good care of the items they received.

Certificates and other prizes were awarded to deserving students, pupils and teachers of the school.

Osabarima Ayeh Kofi, Head Chief of Suhum Traditional Area was the chairman for the occasion.