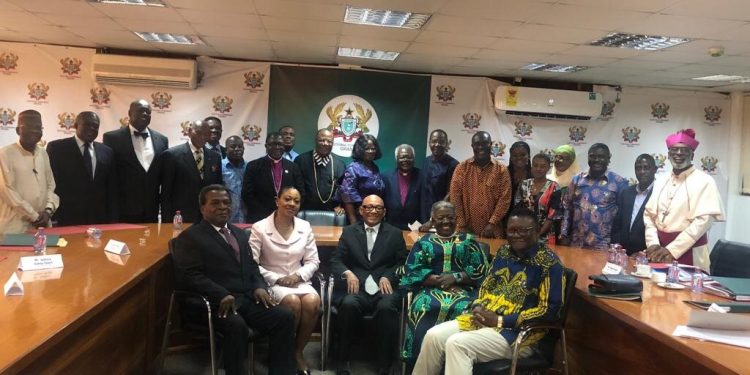 The Electoral Commission’s (EC) Eminent Advisory Committee has called for calm following the heated arguments characterising the election management body’s plan to compile a new voters’ register ahead of the 2020 election.

Earlier on Wednesday, the EC held a meeting with the committee to justify the procurement of a new Biometric Voter Management System (BVMS).

“At the end of the meeting, it was agreed that the Electoral Commission and the Eminent Advisory Committee will meet with members of the Inter-Party Advisory Committee (IPAC) to have further deliberations on the matter,” a statement signed by Emile Short noted. 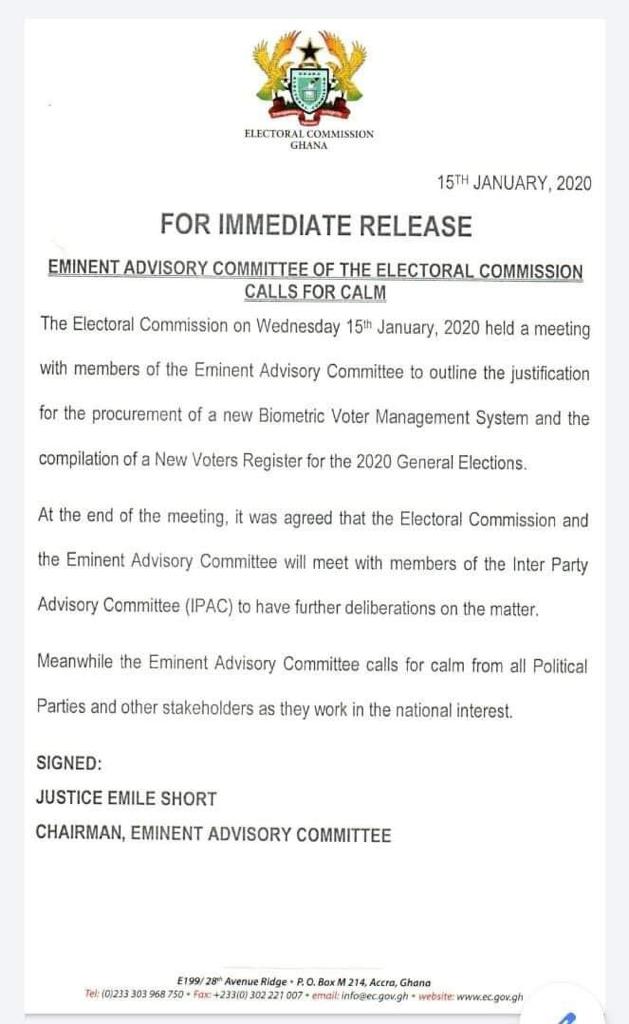 But these plans are being opposed by a coalition of opposition political parties known as the Inter-Party Resistance Against New Voter Register.

The group maintains that any money spent on the register will be a waste of taxpayer money.

The NDC even went as far as walking out of a meeting with the EC on December 10, 2019, when the matter came up.

Over the weekend, the political parties opposing the new register took to the streets of Tamale in the Northern Region to express their disappointment

Meanwhile, thirteen political parties, are in support of the EC’s decision to compile a new electoral roll.

The parties, which are known as the Coalition of Political Parties for ‘YES’ to a new register, believe the EC has made convincing arguments.

Despite backlash from some political parties, the EC is on its way to preparing the new register which has a budget of GHS390 million.