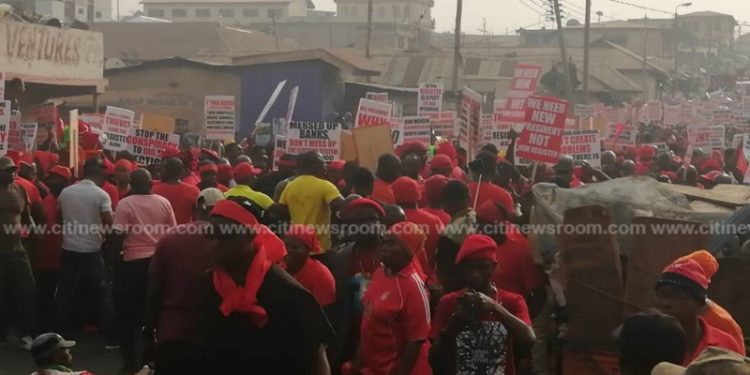 Hundreds of protesters have poured onto the streets of the Ashanti Regional capital, Kumasi to join in the Inter-Party Resistance Against the New Voters’ Register demonstration.

This is two out of three planned protests aimed at putting pressure on the Electoral Commission (EC) to abort its decision to compile a new voters’ register ahead of the 2020 general elections. 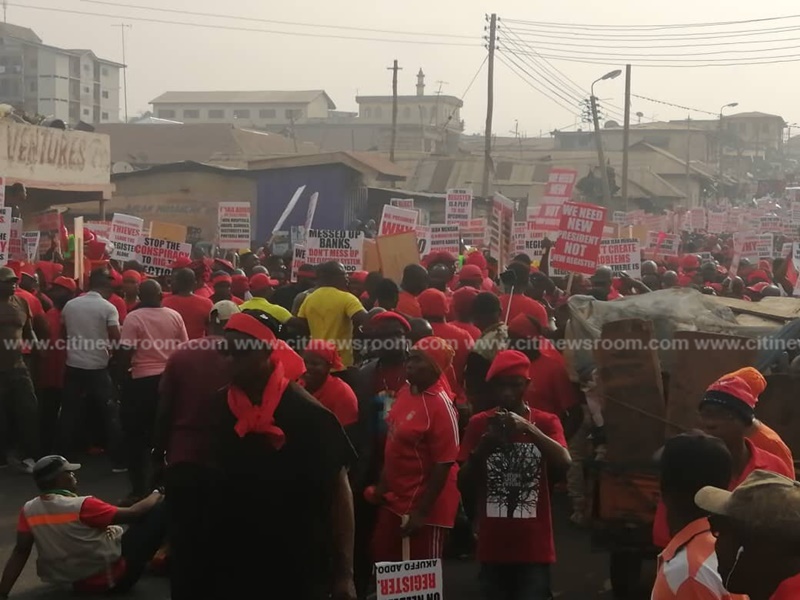 The Ashanti Region edition of the protest dubbed ‘Yenpini’ demonstration which literally means ‘we won’t agree’ brought together Members of Parliament, the leadership of allied political parties, former appointees in the previous National Democratic Congress’ administration and ordinary Ghanaians. 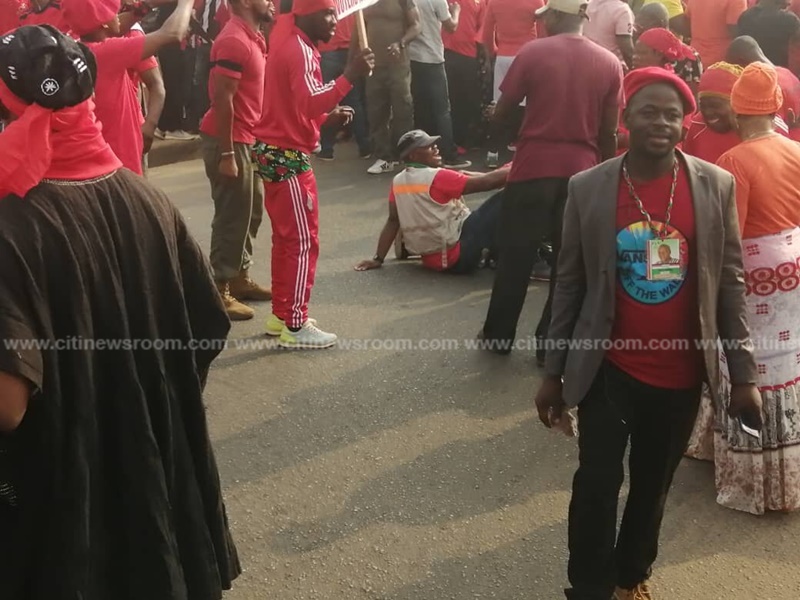 Protesters are clad in black and red attires amidst drumming and singing with shouts of ‘Yennpini’.

They wield several placards with inscriptions that speak against the electoral body’s decision. 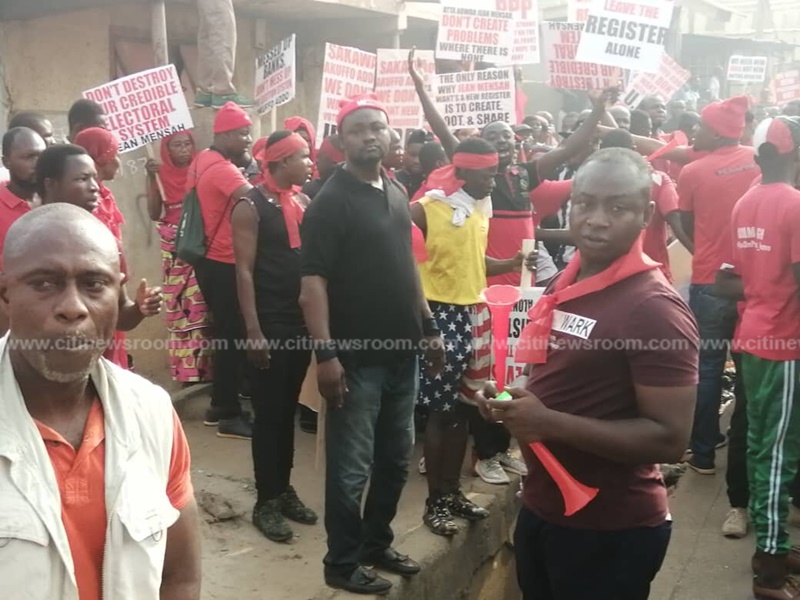 There is also heavy deployment of armed police officers as well as plain-clothed officers to ensure law and order.

Tamale North Member of Parliament, Alhassan Suhuyini and Chairman of the People National Convention (PNC) Bernard Mornah said, they will not relent until the EC rescinds its decision on the matter. 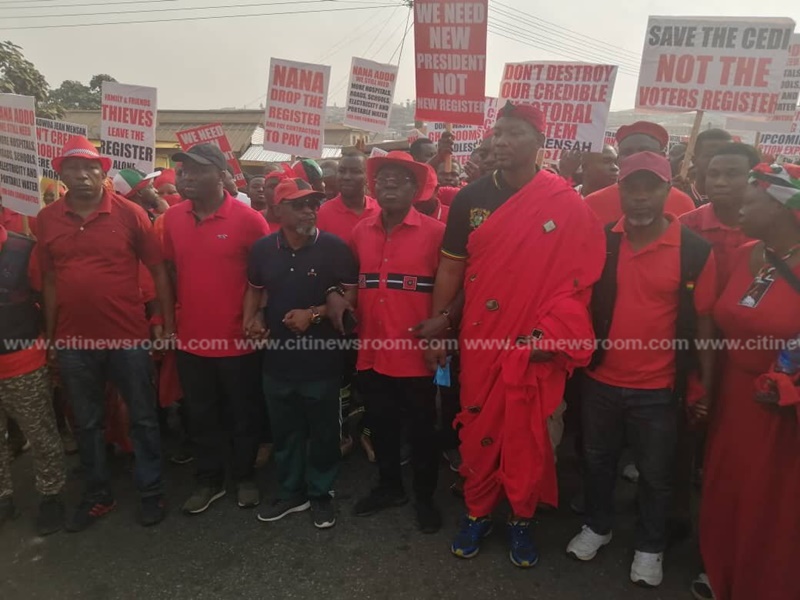 “We will only relent if the EC drops what we call the useless and needless intention to compile a new register for the 2020 elections. That is the only way. I am inspired by the tone from the Electoral Commission, especially after the Tamale demonstration. I hope today will further urge people towards reason so that together we can ensure that, the temperature of this country is not unnecessarily heightened before the elections,” Suhuyini noted. 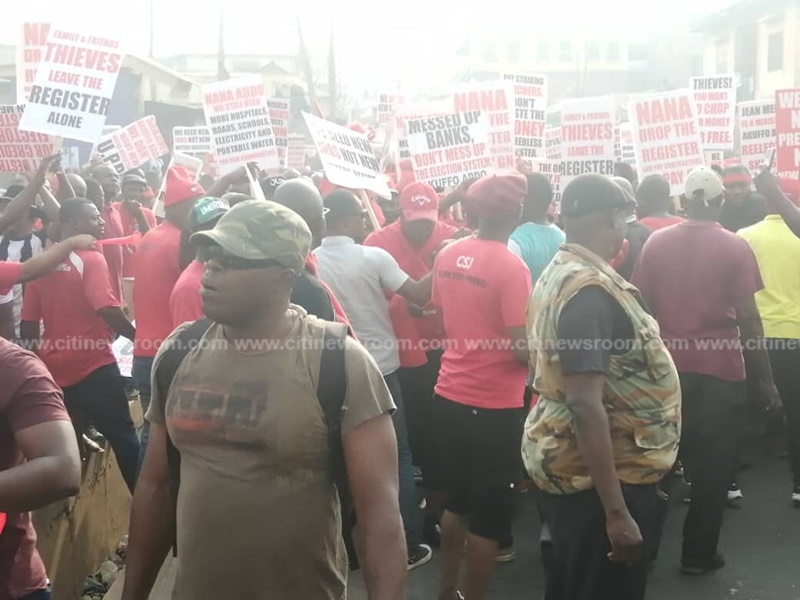 The NDC branch in the Ashanti Region expected 20,000 people to join the demonstration in Kumasi today.

The decision to compile a new register has been met with criticisms by many stakeholders with the opposition National Democratic Congress at the forefront.

This decision came after an Inter-Party Advisory Committee (IPAC) meeting in 2019.

Among other demands, it stated that the existing register was not credible enough for the general elections in 2020 because the current register is bloated.

The Commission also justified the decision to introduce a new biometric verification system claiming the current one is deficient.

Already, 18 Civil Society Organisations (CSOs) have rejected the proposal to compile a new electoral roll ahead of the 2020 presidential and parliamentary elections.