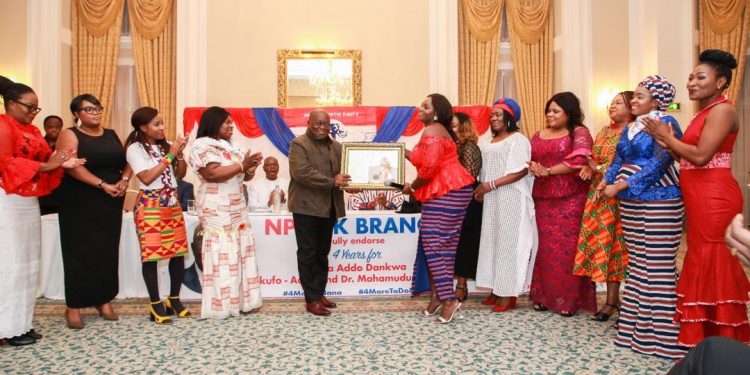 The NPP UK women’s wing has honoured the president, Nana Addo-Danquah Akufo Addo, on the good job done in fulfilling his campaign promises.

Speaking at the event which was held at the Landmark hotel in London, the UK women’s organizer Ms. Shirely Kyei congratulated the president for his work such as the implementation of the free Senior High School initiative, restoration of the Nurses trainee allowance amongst others which has had direct impact on women. 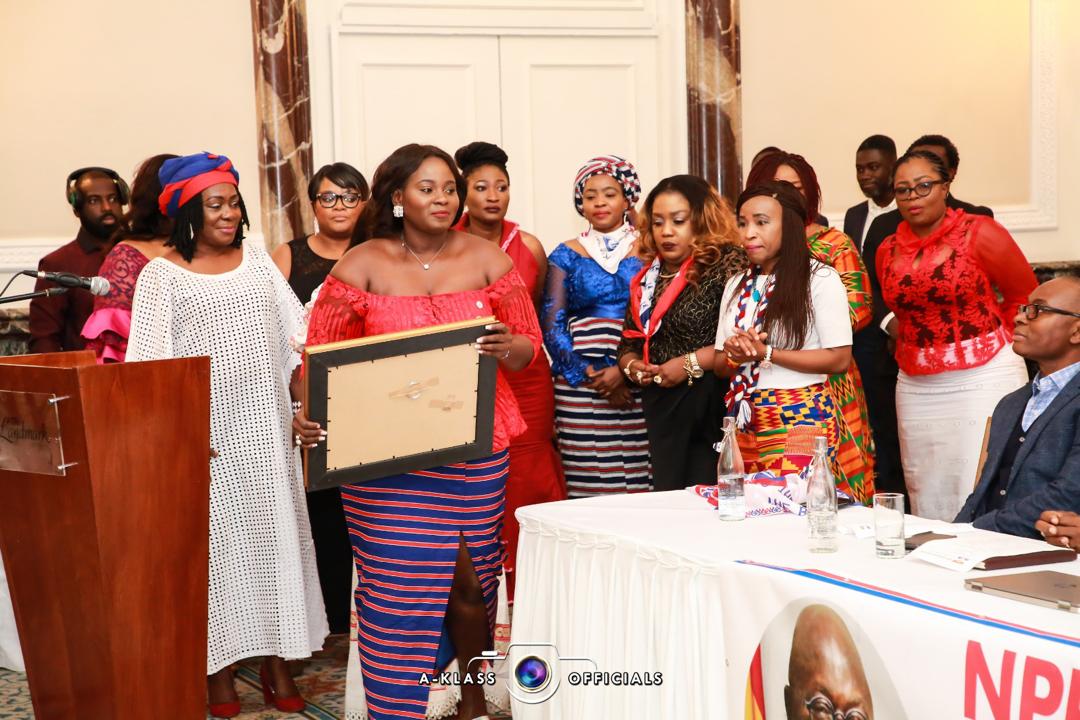 Presenting the citation, Ms. Shirely Kyei stated ‘Not only did you fulfill your campaign promises to us, but you have shown that the plight of women is among your topmost priorities and we salute you Mr. President’. 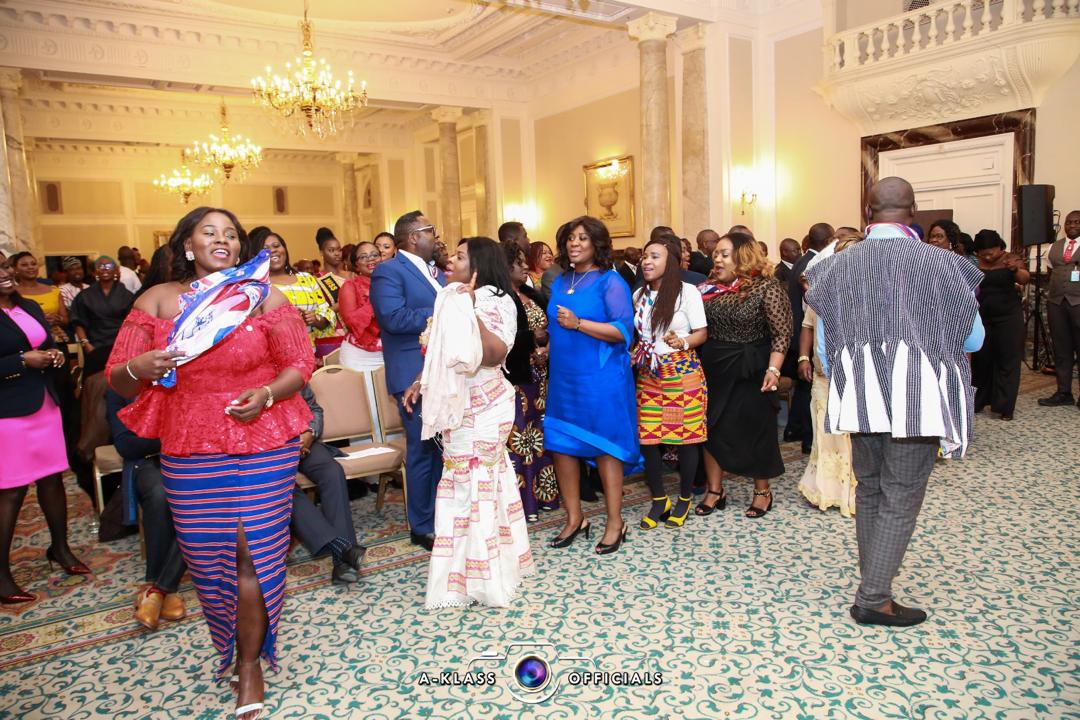 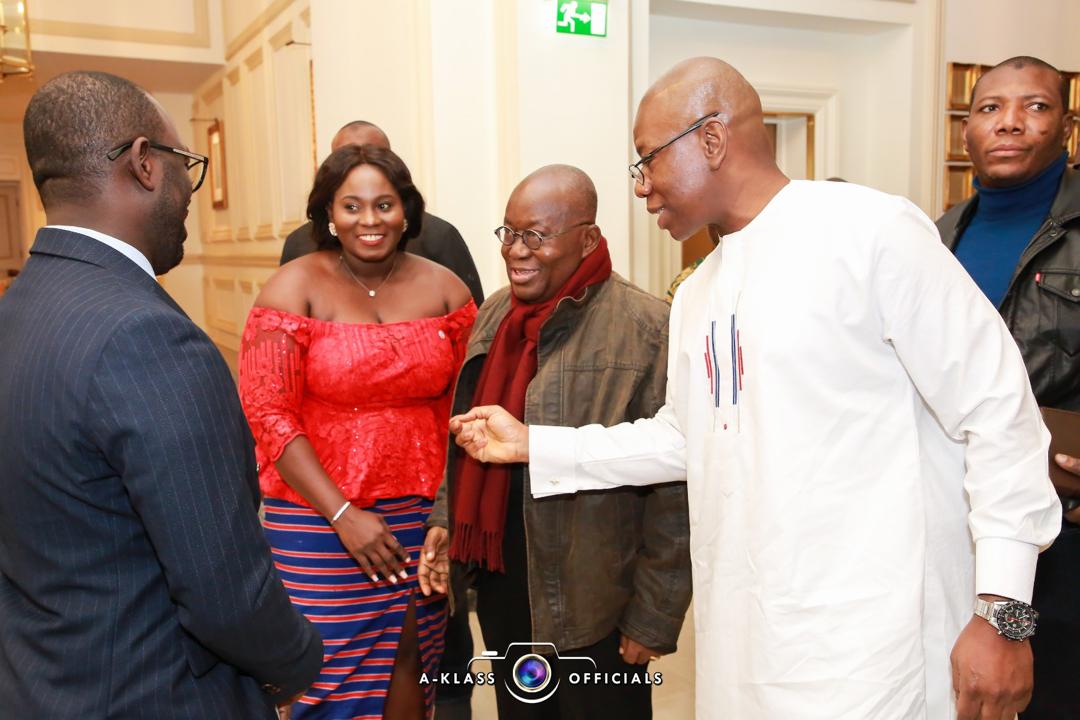 The women’s wing pledged their support to the president’s second term bid in the 2020 general elections slated for December 7th.

The event was an opportunity for the president to familiarize himself with Ghanaians and party sympathizers in the diaspora. 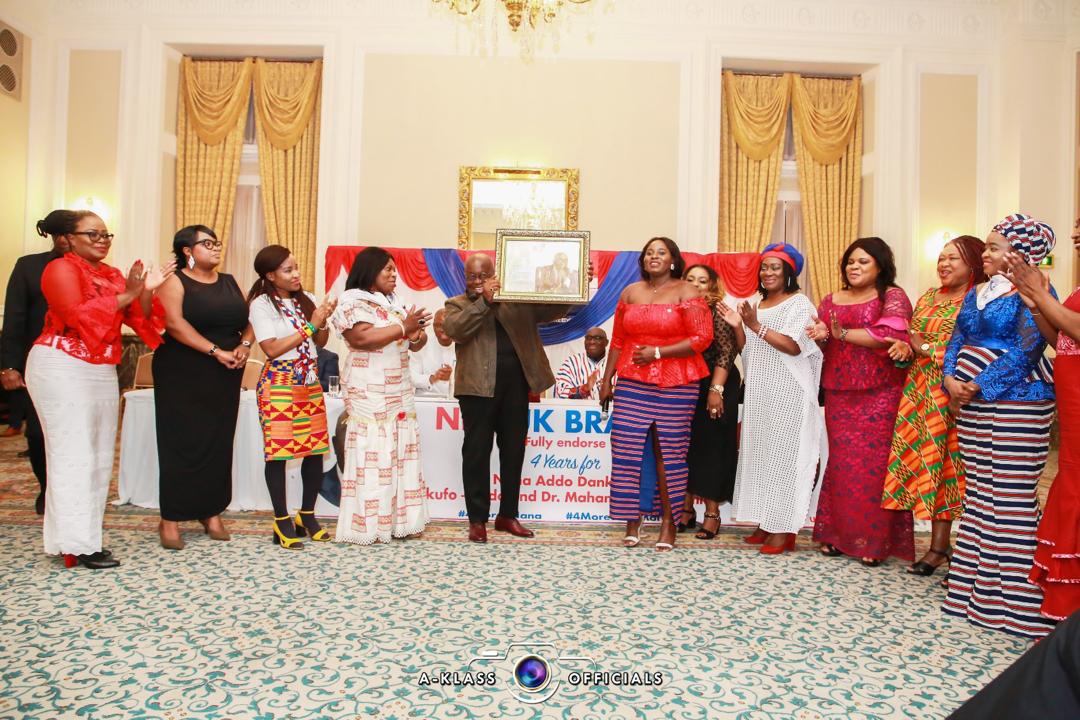