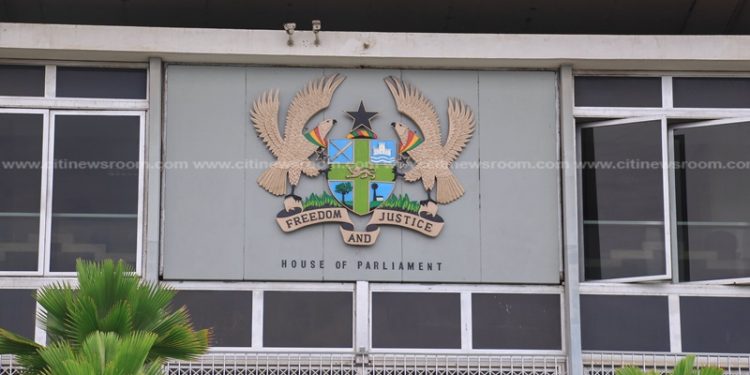 Praise be, however, to judicial legislation; a product of the common law system that Ghana inherited. The inaction of Parliament in providing the aforementioned legislation has implicitly given the Judiciary the green light as far as judicial pronouncements can provide the answer to the question of who gets what upon the dissolution of a marital union. However, in the absence of any such legislation, the Courts have provided different yardsticks in the fulfilment of this mandate on behalf of Parliament, where legislation may have given a standard approach for the Courts to assume their interpretative stance. In what could be described as a usurpation of the principle of Separation of Powers strictu sensu – a principle underpinning the 1992 Constitution – the Courts have had to assist in determining property-sharing upon the dissolution of a marriage, either by death or divorce.

The ‘apostle of the doctrine of Separation of Powers’, Baron de Montesquieu expounds this doctrine as the complete and total compartmentalization of the three arms of government; this compartmentalization is ensured by institutional arrangements.[2] He argues that, ‘when in the same person or in the same body of magistrates, the legislative and executive powers are combined, no liberty is possible because there is reason to dread that the same king and the same senate may make tyrannical laws with the view of executing them tyrannically.’[3] This exposition by Montesquieu brings to bare the essence of Separation of Powers: it is the division of power not just in name, but also in substance.

The 1992 Constitution desists from explicitly mandating the Separation of Powers of the three arms of government. The Constitution, however, is ‘a living organism [with a spirit].’[4] To ensure that it is relevant to the needs of the time, regard must be had not just to its letter, but to its underlying ‘principles.’[5] One of such principles is the doctrine of the separation of powers, and it has rightly received judicial recognition as such.[6] But this is not mere interposition by judges. Articles 58, 93 and 125, providing for an Executive, Legislative and Judiciary are proof of this assertion by these judges. Further articles vouch for their independence, thereby solidifying the case for the presence of the doctrine in the Constitution.

Perhaps the most insidiously glaring deviation from the doctrine of separation of powers, however, is in Article 11(1). That clause is concerned with the constituents of the laws of the country. As laws and their making are the sole responsibility of the legislative, the mention of the common law may provide an explanation as to why the Courts must continue to fill in this particular void that Parliament has continued to ignore.

Distribution of Property in Ghana in Brief

Judicial pronouncements regulating the distribution of property on the dissolution of the marital union predate the 1992 Constitution of Ghana. Although now very much advanced jurisprudentially, it is worth noting the various landmark decisions that have shaped the law today on marital property distribution, especially in the absence of legislation.

Between Quartey v. Martey[7], where it was held that by customary law, the wife of the man was bound to assist him in carrying out his duties and so the proceeds of the joint effort belonged to the man, and Arthur v. Arthur[8], where the Court held the presumption that property acquired during marriage is marital property and as such, belonging to both parties, the Judiciary has, in different cases explored different avenues in achieving equality between spouses in the division of marital property. Despite Sections 19 and 20 of the Matrimonial Causes Act providing for the just and equitable settlement of property, it fails to provide fixed distributions.

The Courts, as a result, have had to oscillate between the substantial contribution doctrine and the equality principle as birthed in Mensah v. Mensah[9], to decide per each case and its different circumstances, what will be just and equitable.

The case of Arthur, the most recent attempt by the Courts to advance clarity on Article 22, espoused on the equality principle. Essentially removing the requirement of proof of contribution by a spouse to the acquisition of marital property, the Court, referring to Mensah, held that property acquired during the subsistence of the marriage [except gifts] was marital property irrespective of whether the spouse made a contribution to the acquisition. It has been argued, however, that this position is only effective if equality is the basis for determination of marital rights for spouses.[10]

For as long as this lacuna continues to exist, we, as a nation, will remain a step away from the full realization of property rights regarding spouses. Tracing the development of the law in this regard, it is easy to see how deplorable the state of family law jurisprudence may have been in this regard without judicial intervention. The Courts, however, have arrived at decisions that have reflected changing societal trends, doing away with antiquated ideas of women as the traditional housekeepers and recognizing their input as domestic partners. Given the backlog of cases in the Courts, it will do a lot of good if Parliament passed legislation in this regard. This essentially leaves the Court with an interpretative role; one prescribed by Separation of Powers, an underpinning principle of the Constitution which embodies its spirit and whose adoption has been for the ‘symbiotic co-operation between the legislative, [judicial] and the executive branches, rather than erecting an impenetrable steel wall between them.’[11]

[10] see Barnes, M.Y.A., “Equality is Equity… or is it? A Critical Examination of the Equality Principle in Distribution of Marital Property.” Ghana @ 60: Mobilising the Law for Ghana’s Future. (Forthcoming, 2019).