by Nii Larte Lartey
in General 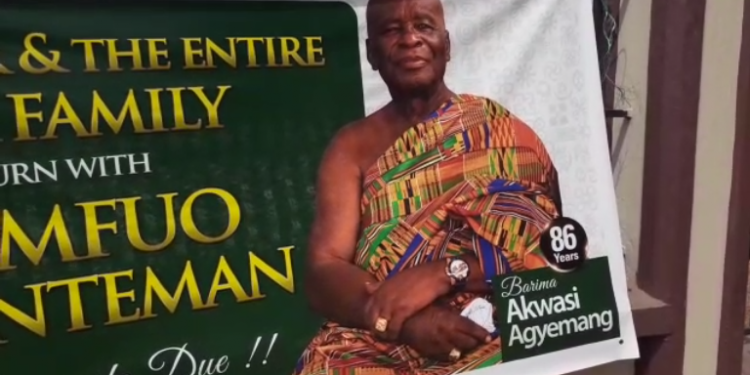 As preparation to finally lay to rest the longest-serving former mayor of the Kumasi Metropolitan Assembly (KMA), Barima Akwasi Agyemang is underway, hundreds including high profile personalities in the country have been visiting the funeral grounds at the Manhyia Palace to pay their last respect to him and also mourn with the Asantehene, Otumfuo Osei Tutu II.

Vice president Dr. Mahamudu Bawumia, Chief of Staff, Akosua Frema Opare, former Presidents Jerry John Rawlings, John Agyekum Kuffuor and John Dramani Mahama are among key personalities who have been to the Manhyia Palace to mourn with the Asantehene. 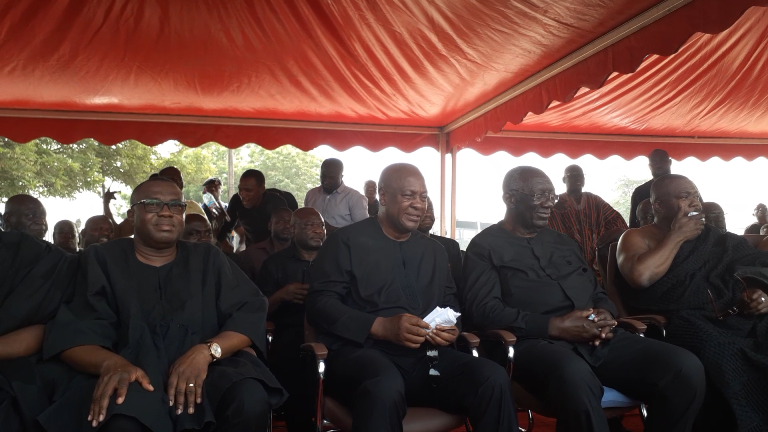 Barima Akwasi Agyemang died on 14th January 2020, while he was receiving treatment at the Komfo Anokye Teaching Hospital. He died at the age of 86.

The late Barima Akwasi Agyemang, popularly known as Okumkom was a member of the Oyoko Royal Family and was one of the persons considered for the position of the Otumfuo in 1999.

Okumkom as affectionately called served as mayor of KMA for over 20 years under various regimes; including the Supreme Military Council I and II, PNDC and NDC. Under former President Jerry John Rawlings regime, Nana Akwasi Agyemang was appointed the Deputy Minister of Science and Environment.

He is mostly considered as one of the government appointees who helped transform the Kumasi Metropolis. 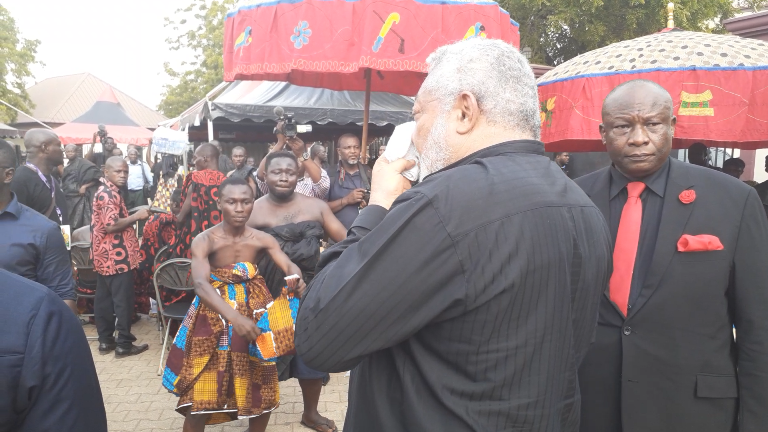 Speaking to Citi News, Chief of Asokore Mampong Nana Boakye-Ansah Debrah, called on the people of Kumasi to desist from indiscriminate dumping of refuse in order to make Kumasi the ‘Garden city’ it was during Barima Akwasi Agyemang’s era.

His burial service is expected to be held at St. Anns Church, and his body would be laid to rest at the Breman Royal Mausoleum.

Okumkom would be buried on Thursday, 27th February 2020. 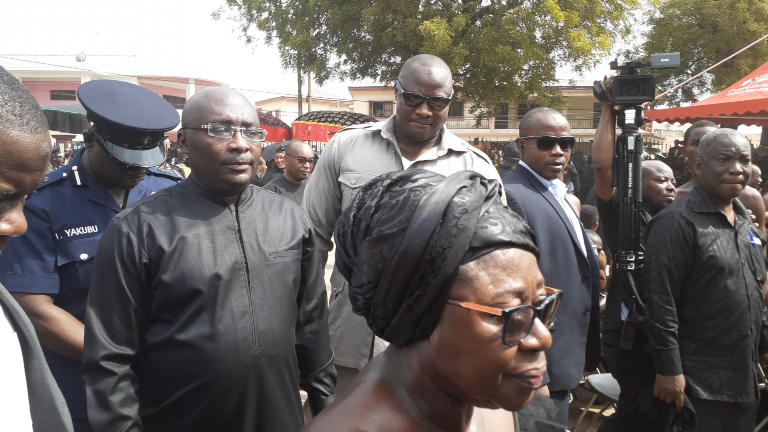