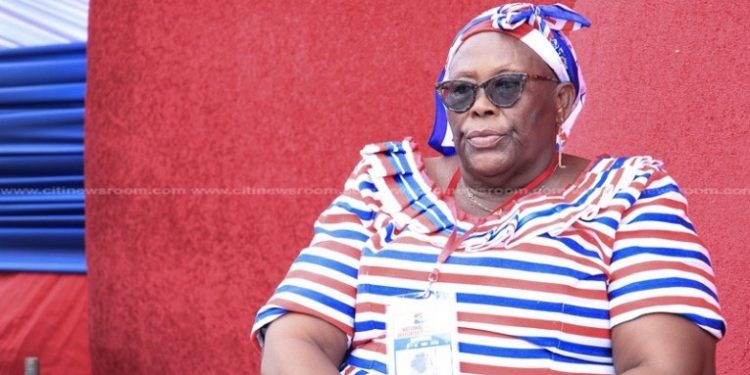 Lawyer for New Patriotic Party (NPP) loyalist, Hajia Fati who assaulted a multimedia journalist in 2018 says an appeal will be filed to rescind a new court order for the arrest of his client.

On Wednesday, a new bench warrant was ordered following Hajia Fati’s failure to appear before the court since December 4, 2019, for a final ruling on the case.

It will be recalled that in May 2018, Hajia Fati assaulted a radio presenter for attempting to take shots of her after she tried to prevent the then suspended second Vice Chairman of the party, Sammy Crabbe from picking a form for the Chairmanship position.

However in an interview with Citi News, the lawyer, Nana Obiri Boahen said the decision by the presiding judge of the Adjabeng Magistrate Court, Isaac Addo is biased and unfair.

“My attention has been drawn to the fact that an application has been filed at the High Court. Procedurally and legally, you do not go ahead with such a matter – immediately that is done, the Judge is scandalizing the administration of justice.

“This very act that has happened yesterday confirms the position of Hajia Fati. So they will hear from us, we are filing an application today and as a matter of law and principle, there is no way the Judge should have ordered the bench warrant. And we will also report the magistrate to a superior court.”

Meanwhile, the victim of the case, Charity Akosua Sakyiwaa, of the Multimedia Group Limited, refused to comment on the criminal case while still in court.

She, however, disclosed that three days after the court’s ruling on the civil case, she had not heard from Hajia Fati or her lawyers.

“On February 24, we went to court and it threw out the appeal on the grounds that, it didn’t hold water. So they are supposed to go ahead and pay the fine [GHS, 10,000] But up until now, we haven’t heard from them or the lawyers. ”

Hajia Fati attacked the journalist by slapping her in the face at the said event.

Hajia Fati who was at the party headquarters upon hearing Sammy Crabbe had been there vowed not to allow him to pick the forms should he return.

She, in the process, created a scene that led to the filming by the journalist.

After public condemnation, she apologized arguing that the journalist looked like ‘an onion seller’ who was taking her images for something unacceptable.

The court fined Hajia Fati GHS 9000 but later added GHS 1000 because she was delaying the court processes.

According to the court, she had infringed on the fundamental human rights of the reporter to free expression in the exercise of her profession as a journalist.

In its judgment, the court maintained that Hajia Fati’s action is a threat to media freedom which ought to be punished to serve as a deterrent to others.

However, the court declined a joint liability on the NPP explaining that the party had shown that Hajia Fati did not act on its instruction and it was also evident in the party’s open condemnation of the assault.

The court, however, noted that Hajia Fati had shown remorse and rendered apologies for her conduct.