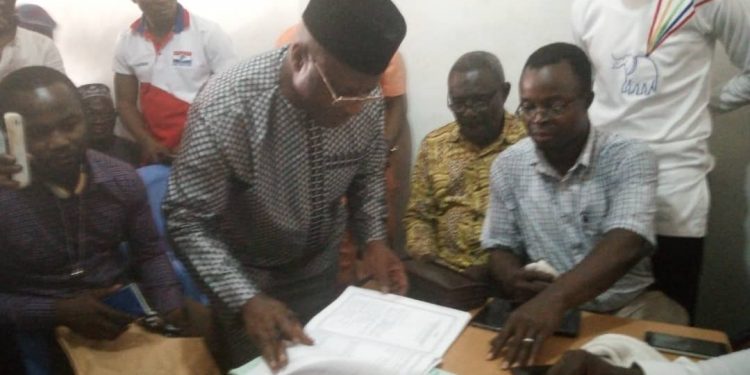 Majority Leader, Osei Kyei Mensah Bonsu says parliamentary hopefuls for the Suame Constituency in the Ashanti Region who have resorted to the media over their inability to pick up nomination forms to contest in the party’s upcoming primaries are making empty noise.

According to him, more than 50% of delegates in the constituency have appended their signatures to his name to allow him go unopposed in the upcoming internal elections.

He, therefore, asked disgruntled persons with intentions to contest in the elections to accept the will of the delegates and remain calm.

He made the remarks when he officially filed nominations to seek re-election as Member of Parliament (MP) for the constituency.

His comments come after a disgruntled parliamentary hopeful, John Darko petitioned the regional and national leadership of the NPP after he claimed he was denied nomination forms at the constituency level.

But speaking to journalists after filing his nomination forms, Kyei Mensah Bonsu called for unity in the constituency ahead of the 2020 general elections.

“There are about 790 delegates out of whom 670 have appended their signatures to say that there shouldn’t be any contest. So if you’re outside there making noise, clearly, it’s empty noise. We saw this four years ago and what happened. I think that if you’re minded to come and contest, do so with decency.”

“I would pray and plead with every one of them [the other aspirants] that they shouldn’t belong to the fringes. Let’s come together as a group. The battle ahead is a strong battle that we need to unite our forces. We can’t go into any battle with a divided front,” he said.

Information circulating in the Ashanti Region shows that regional executives of the NPP are deliberately hoarding nomination forms to protect sitting Members of Parliament (MPs) in the region.

The Suame constituency is one of the few constituencies in the Region who are facing this problem.

John Darko, who is a legal practitioner had earlier lamented about the inability to pick nomination forms to contest in the upcoming NPP parliamentary primaries. 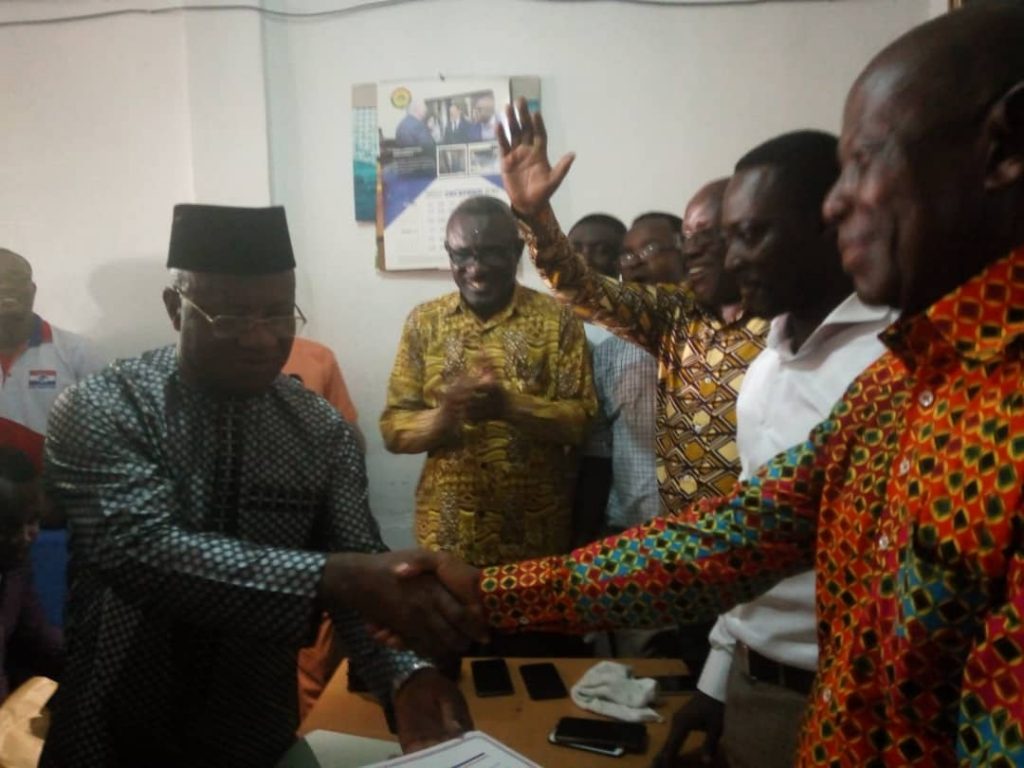 On the back of this, he petitioned the Ashanti Regional Chairman of the NPP, Bernard Antwi Boasiako, demanding to be allowed to pick up the forms at the regional office citing deliberate acts of frustration at the constituency level.

He also threatened to petition the National Secretariat of the party if he doesn’t receive a favourable response.

In as much as all these efforts to get forms at the constituency office have proven futile, he insists that he plans to pursue his ambitions through all the means provided by the party structures.

Meanwhile, a group calling itself the Suame Home Support Movement has said it will demonstrate against executives of the party in the constituency over their decision to prevent some prospective aspirants from picking nomination forms to contest in the party’s upcoming parliamentary primaries.

The group which comprises constituents, mostly supporters and sympathizers of the governing party said such a move has the tendency to affect the fortunes of the NPP in the 2020 general elections.

However, the Ashanti Regional Secretariat of the governing New Patriotic Party has refuted claims that it is sabotaging parliamentary hopefuls seeking to unseat incumbent Members of Parliament in the region.

The Regional First Vice Chairman of the party, Kwabena Nsenkyire, assured that “nobody is attempting to sabotage them [aspirants] or deny them from getting the forms.”

He explained to Citi News that there was merely a shortage of nomination forms and directed the aggrieved aspirants to seek alternatives at the national level.

'There won't be strife, conflict after December polls' - Akufo-Addo to Mahama