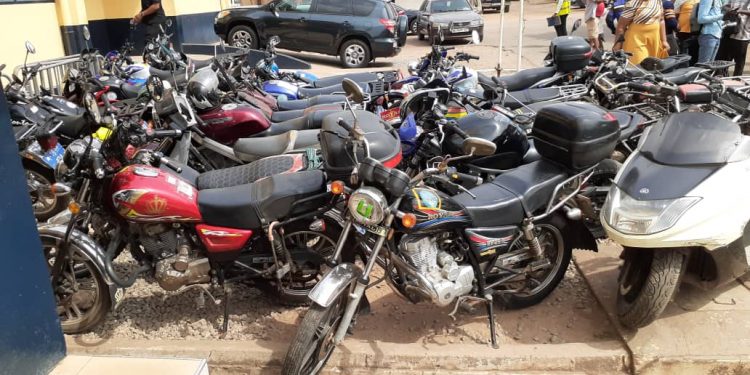 Police in Dansoman, led by the Divisional Police Commander, ACP Isaac Asante, have seized 105 motorcycles suspected to be used for criminal activities.

This happened after the Division, on the morning of Sunday, February 23, embarked on an operation to clamp down on the use of motorcycles for criminal activities within the area.

The police, in a communique sighted by citinewsroom.com indicated that the motorcycles are being screened for further action.

In a similar drive, “Operation Absolute Sanity” was embarked upon by the Korle-Bu Division of the Ghana Police Service.

Eighty-five motorcycles and 14 tricycles were impounded in an operation in the Korle-Bu District.

According to the communique, the exercise was conducted between the hours of 5:30 and 11:30 on Monday morning.

A number of motorists were also arrested for varying road traffic offences and other suspected crimes.

At the end of the exercise, 99 motorcycles and tricycles were impounded for investigation and prosecution. 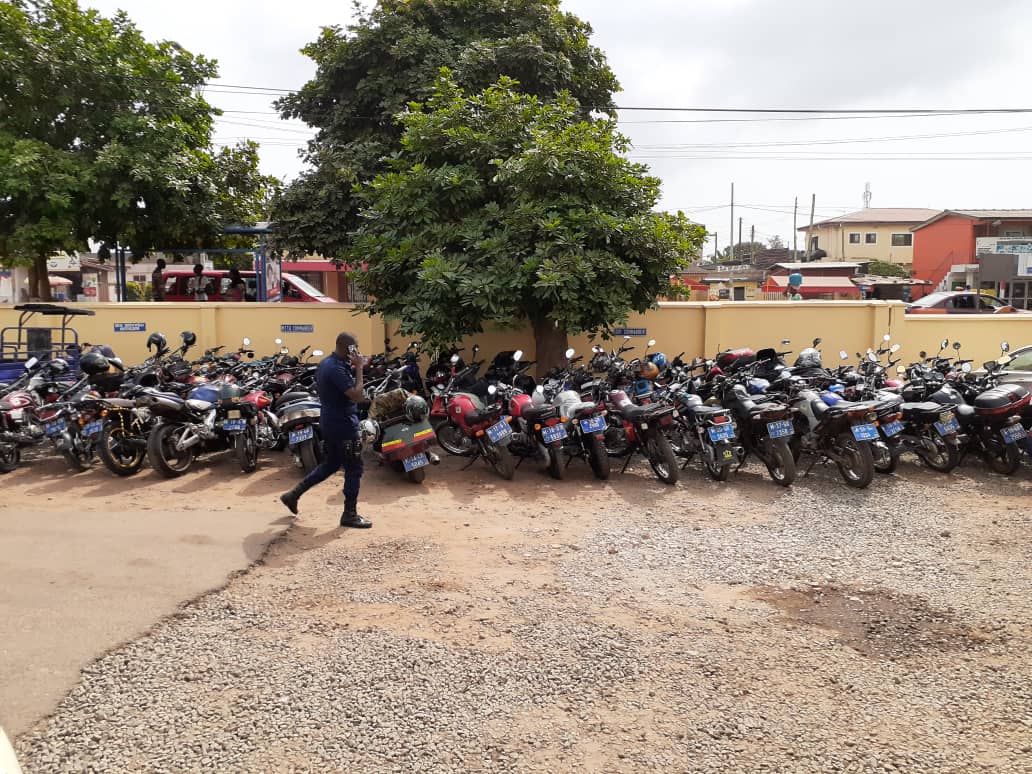 Also on Monday around midday, the Baatsonaa Divisional Police Command received information to the effect that a group of unidentified individuals were engaging in drug-related activities in an apartment at Baatsonaa, Spintex Road.

A team of personnel was quickly dispatched to the scene where the team raided the unaddressed house in question but nobody was found therein.

However, a search conducted in the room led to the discovery of 119 small sachets and three big sachets of dried leaves suspected to be Cannabis Sativa, a narcotic drug.

Also discovered were 51 wraps of whitish rocky substances suspected to be narcotic drugs, among others.

All the exhibits were retained for investigation whilst efforts are underway to track down other suspects.