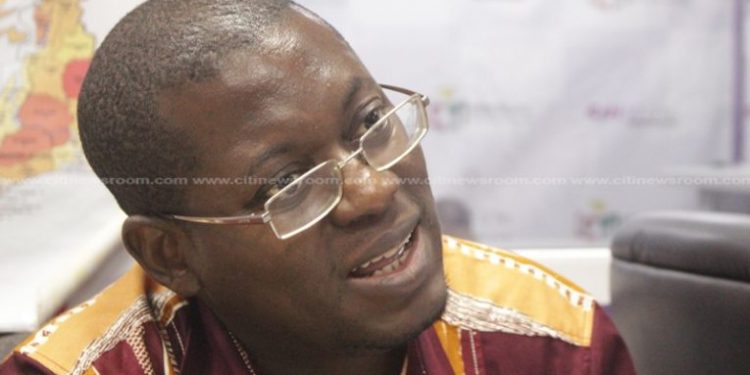 IMANI Africa has provided yet another reason why Ghana’s Electoral Commission (EC) should abort the purchase of a new voter management system with its complementary accessories ahead of the 2020 general elections.

The think tank insists that the country will lose about US$150million if the Commission goes ahead to procure the system as well as compiling a new voters’ register.

Giving a breakdown of the risk factors of the intended move by the EC, Honorary Vice President of IMANI, Bright Simons, said previous purchases of software and biometric verification devices (BVDs) suggests that the budgetary allocation for the current system is questionable.

“This is not necessarily about this administration. This has been going on for years and it turns out that we are spending too much. You all have an idea of how much a laptop, camera and scanner costs, and you put it together and add a printer. When someone tells you that it’s US$3,500 to US$4,000, you don’t have to be a genius to know. You have to start wondering whether we are getting value for money. And it is not therefore surprising that countries like Zimbabwe and the like, get it far cheaper than we do. We are spending at most three times more than what Zimbabwe does,” he said.

“When we add all that up, it comes to one simple conclusion that since 2011, it is a lie that we have not bought any new equipment and we’ve spent millions of dollars. From the parliamentary records, we’ve seen almost US$80 million since then buying new things. So if we have to do anything, we just have to do a little more repairs, do a little maintenance, buy a few things, and that will not get you to the US$74 million that they said you need to improve the current system.”

“…If you add all of that, you add contingency and the unnecessary registration of 17 million people all over again, you are getting close to US$150 million of our money being blown for reasons that nobody can explain in this country.”

He added that the Special Budget Committee of Parliament is aware of such purchases and must advise the Commission.

Data from the EC shows that the country stands to save an amount of GHS173.07 million should a new voters’ register be compiled ahead of the 2020 general elections.

IT consultant to the Commission, Dr. Yaw Ofori-Adjei who made this known at a media encounter in January said the Commission will incur a cost of approximately GHS107.25 million to furnish the existing data centre but will only need about GHS39.51 million for both the construction and maintenance of a new data centre.

He added that keeping the old biometric system will cost US$74.36 million as compared to the US$56 million needed to acquire a new system which includes Biometric Voter Registration (BVR) kits and the Biometric Verification Devices (BVD).

Meanwhile, Parliament has already approved about GHS390 million for the exercise.

Whereas some political parties backed the decision by the EC, others including the National Democratic Congress have resisted the move, claiming the decision is ill-timed and a waste of taxpayers’ money.

Calling themselves the Inter-Party Resistance Against New Voters’ register, they have embarked on a series of actions to express their disapproval of the new register.

But the Electoral Commission, ignoring these concerns, has declared April 18 as the day the compilation of the register will begin.