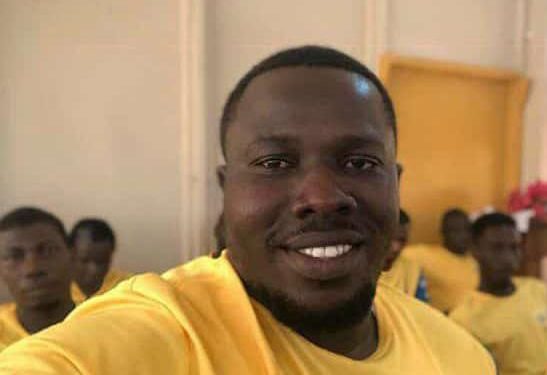 Marcus Mawutor Adzahli was gruesomely murdered in his home

The Assemblyman for the Sogakope South Electoral Area, Marcus Mawutor Adzahli, has been shot dead on Sunday morning at around 1:00 AM at his residence in Sogakope.

A resident of Sogakope, Yao Amekor, told Citi News the shooting scared neighbours of the deceased and onlookers.

The deceased’s wife is also reported to have sustained gunshot wounds.

Marcus Adzahli, also known as Mac-Greenline, is an established Mobile Money Merchant with outlets spread across the Sogakope area and beyond.

Marcus Adzahli was elected Assemblyman for the Sogakope South Electoral Area for the first time in the December 17, 2019, local assembly elections.

The Sogakope Township is currently at a standstill as residents have begun to protest the a perceived lack of urgency from the police.

Reports indicate that there was a murder in the area two weeks ago.

Police are yet to comment on the killing of the assembly man.

The mortal remains of Marcus Adzahli have been deposited at the Sogakope District Hospital Morgue.

Coronavirus: Natives of northern Ghana flee Accra over fears of getting infected

Coronavirus: Natives of northern Ghana flee Accra over fears of getting infected