The Controller and Accountant-General’s Department says it has effected the three-month tax relief for all health workers in line with reliefs announced by the government during the coronavirus pandemic.

“This will reflect in each of the three months’ (April, May and June 2020) Payroll,” according to a statement from the department.

The department further explained that it is still working out modalities for effecting the payment of the additional allowance of 50 percent of their basic salary per month.

“On the 50 percent of basic salary as an allowance for frontline health workers for the next three months, the department has engaged the Ministry of Health on the modalities for effecting payment.”

The Controller and Accountant–General’s Department also noted that donations from some government officials have also been forwarded into the COVID-19 Fund.

The Fund which is chaired by a former Chief Justice is to receive public contributions to help improve the lives of the vulnerable who will be worst-hit by the pandemic. 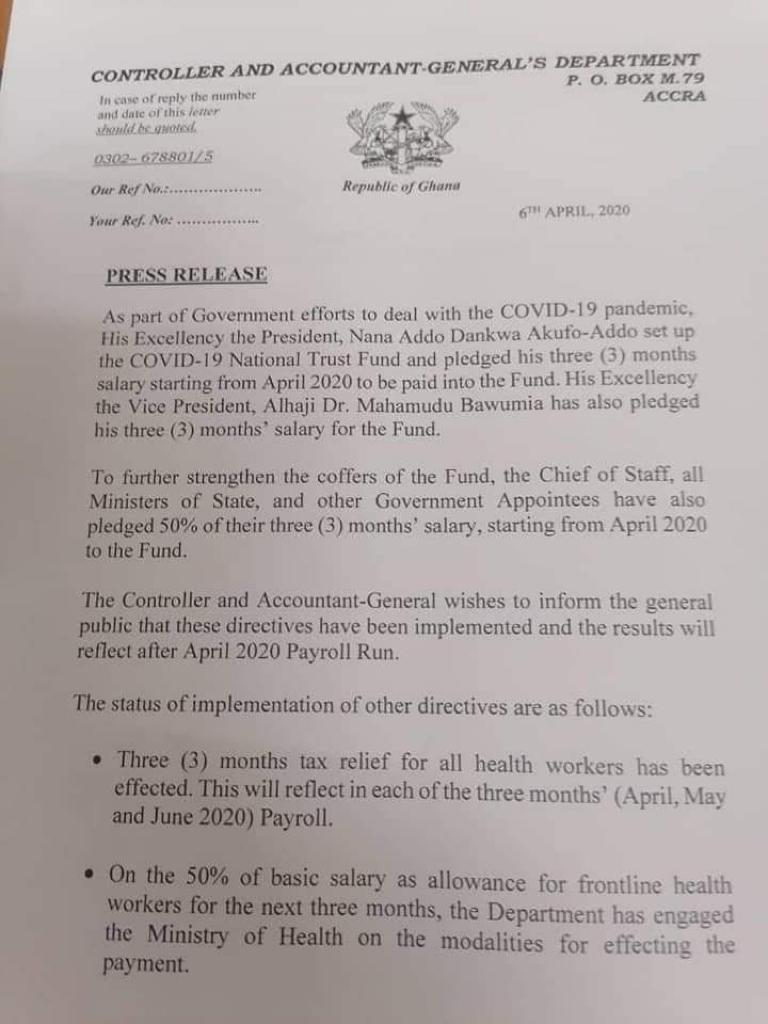 The President also donated his April, May and June salaries as seed capital for the Fund.

Parliament has contributed an amount of GHS200,000 to the national COVID-19 Trust Fund whiles the Speaker of the Parliament, Professor Aaron Mike Oquaye, donated half of his three months’ salary to the fund.

All Ministers of State and other top appointees at the presidency also voluntarily decided to donate 50 percent of their salary for the next three months to the fund. 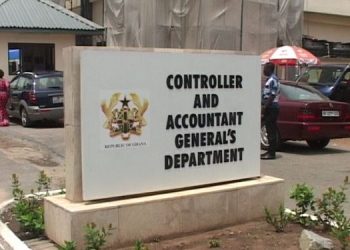 Payment of September salaries of some gov’t sector workers suspended