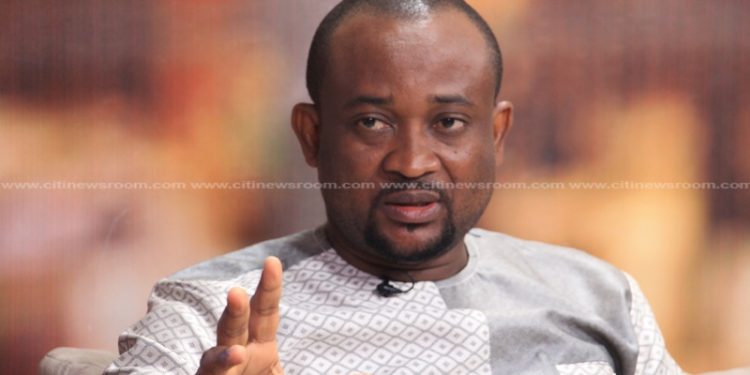 Deputy Information Minister, Pius Enam Hadzide does not give a hoot to recent subtle attacks on the governing New Patriotic Party by former president and flagbearer of the opposition National Democratic Congress, John Dramani Mahama.

According to Hadzide, Mr. Mahama has adopted such tactics in a bid to stay relevant following a dormant political season brought on by the Coronavirus pandemic.

“I can understand he has to struggle for political space and relevance. Yes, he is a candidate in an election. He is the flagbearer of the NDC and so he would want to struggle for attention. So from time to time, he is compelled to come out and also make comments to attract the attention that he requires so I don’t fault him for wanting to talk,” Hadzide said on Citi FM and Citi TV‘s weekend current affairs program, The Big Issue on Saturday, April 25, 2020.

Former President John Mahama recently in a digital conversation lambasted the governing party for its handling of food distributed during the partial lockdown of Accra, Tema, Kasoa and Kumasi.

He also teased the government for the current state of the much-hyped economy saying it is currently on “ventilators” following the ravaging impact of the coronavirus.

“Unfortunately, this government has used a lot of propaganda saying the economy has been the best that we have ever had since independence. Unfortunately, just one month of coronavirus the economy is in ICU. If we didn’t run to the IMF for the one billion rapid credit facility, it is possible that in the next month probably salaries would not have been paid and so our economy is on ventilators, and it needs thinking to rescue it from the ICU,” Mahama said.

Mr. Mahama among other things called on the Social Security and National Insurance Trust (SSNIT) to consider paying some monies to contributors to ease the COVID-19-induced hardships they may be facing.

But Hadzide said Mahama also only seeking for attention.

“It is just that I really and truly do not take much from the things he [John Mahama] says. For instance, this suggestion about SSNIT to pay some benefits, its an indication of the SSNIT to engage in an illegality. He had the choice to ask government to amend the SSNIT law he didn’t do but he has to be minded that there is a SSNIT law with his advisers. The SSNIT law is clear on what can be done and what cant be done but like I am saying, in the haste to get some relevance, he would rush to go and shoot below the belt…That invitation was ill-conceived. It not properly thought through and it has exposed him,” he said.

The Social Security and National Insurance Trust had earlier said it will be illegal to pay tokens to people.

“…The benefits His Excellency is suggesting that we pay do not exist in law. To do so will constitute an illegality and a contravention of the provisions of the National Pensions Act, 2008, Act 766.”

SSNIT also stated that “the Trust is a creature of law emanating from the National Pensions Act, 2008, Act 766 which governs the administration of SSNIT and all other pension schemes in the country”.

Coronavirus: Spain’s children run free from lockdown – but not all