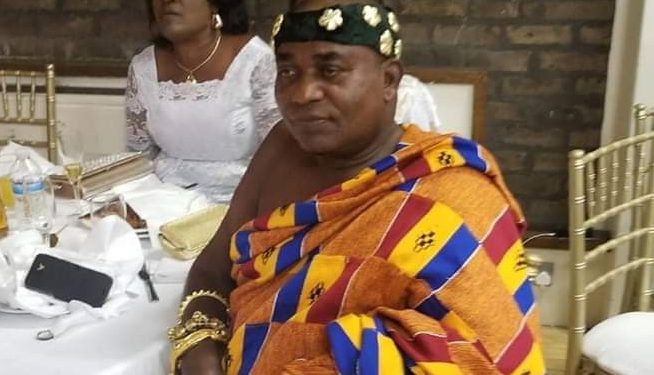 Persons who came into contact with the late Nana Osei Boansi Kuffour who reportedly died of coronavirus, have tested negative for COVID-19.

Nana Osei who is the father of former President of the Musicians Union of Ghana (MUSIGA), Bice ‘Obour’ Osei Kuffour died on March 27, 2020, at the Ridge Hospital.

Reports say after his death, COVID-19 test results ran on him showed that he was positive.

In view of this, there was a contact tracing exercise for people who came in contact with Nana Osei, the results of which have come out negative.

According to Obour, all six family members of his father have tested negative aside from thirty-three other residents of his hometown Juaso in the Asante Akyem South constituency. 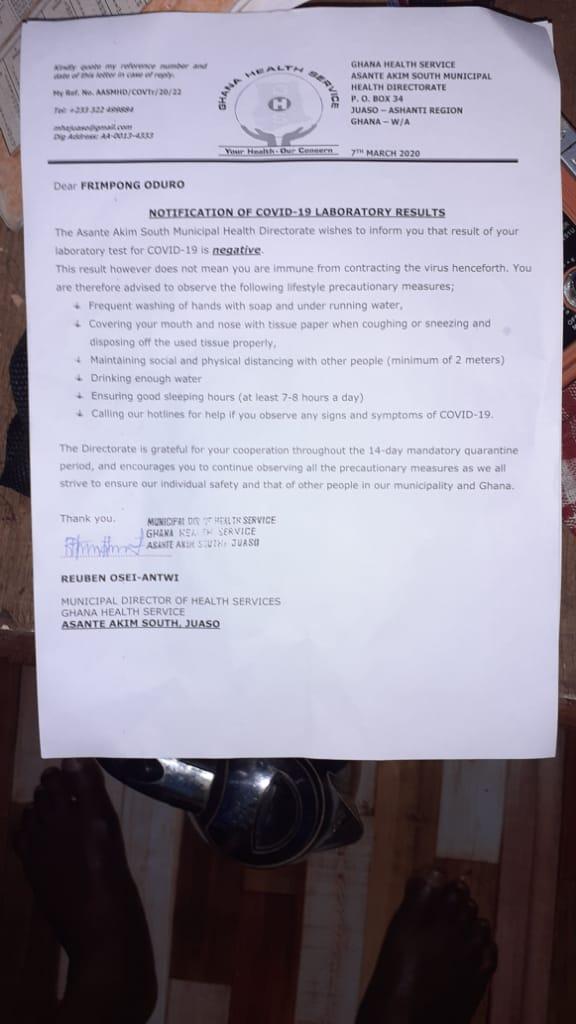 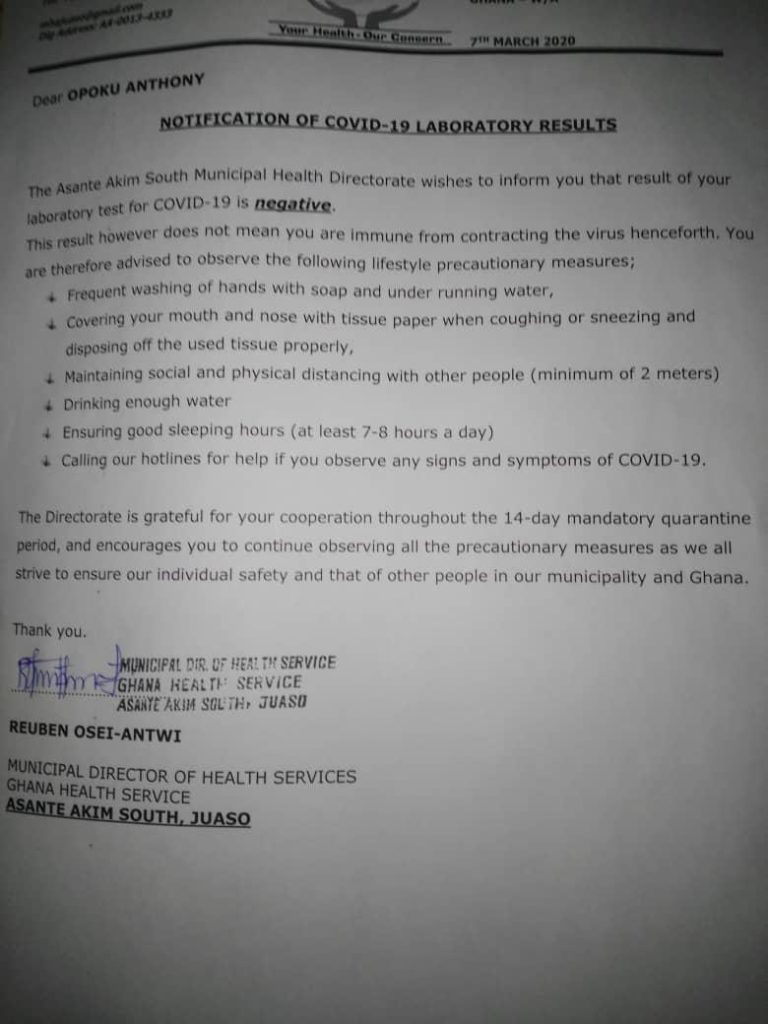 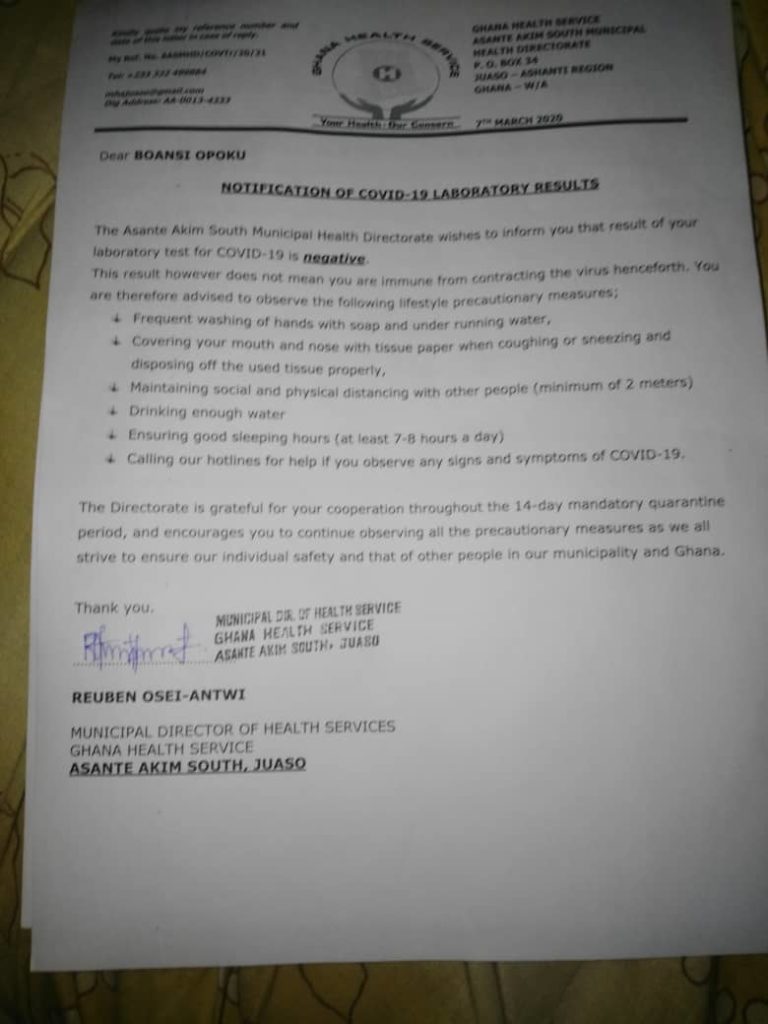 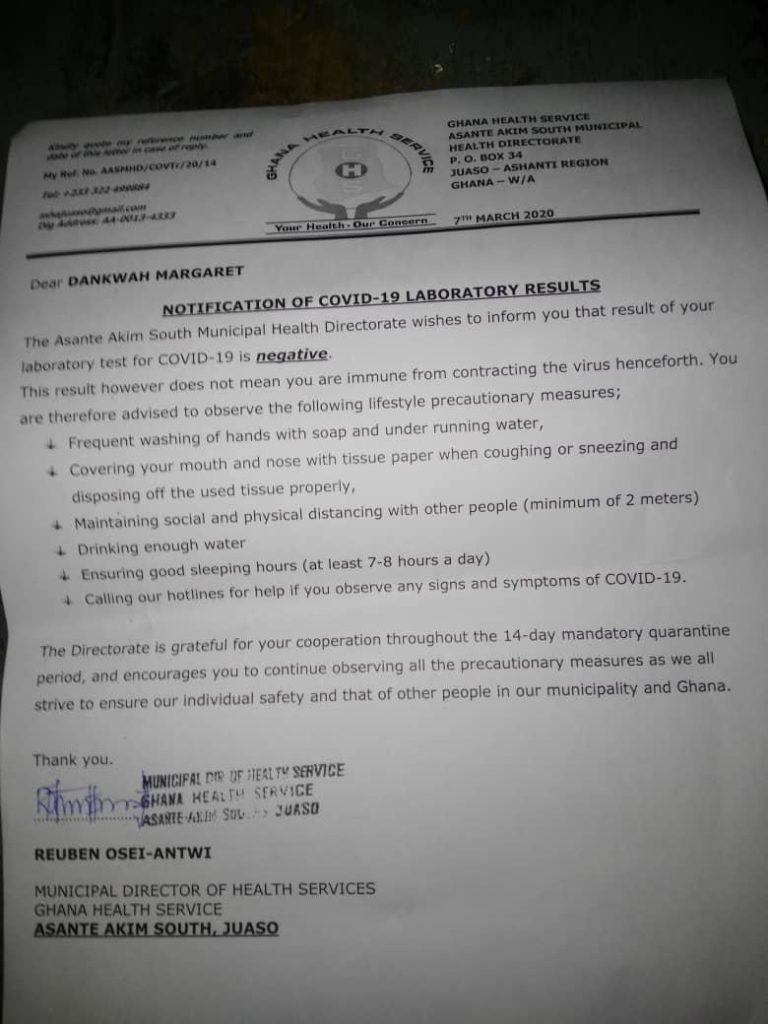 Meanwhile, the family of Nana Boansi Osei Kuffour is demanding that the Ridge Hospital provides his autopsy report.

According to a letter signed by their lawyers, the family of Nana Osei Boansi Kuffour (father of Obour) are worried that the hospital has not communicated to them what to do to plan for the aftermath of the death of their beloved.

The letter also requests that an autopsy report is given to the family or else they will contract an independent medical officer to conduct it.

Obour’s father arrived in the country from the United Kingdom on March 19, 2020.

Reports say he took ill a few days later and was taken to the Juaso Hospital.

He had to be transferred to the Ridge Hospital on March 26, 2020, when the sickness got worse.