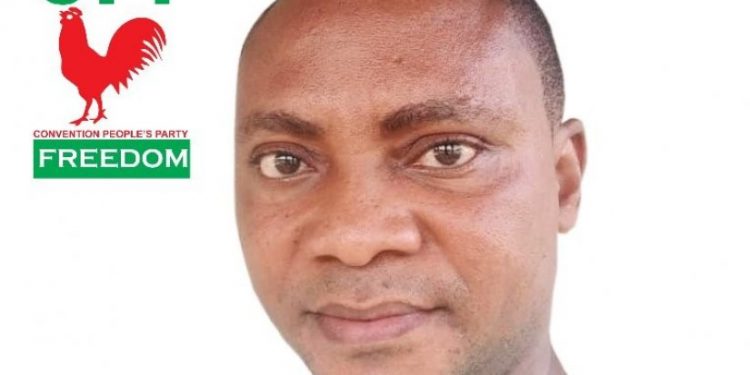 A Commissioner of Oaths, Eben Agbenya, on Sunday said he is ready to contest the General Secretary slot of the Convention People’s Party (CPP) to restore the founding principles of the Party.

He said he decided to run as the CPP General Secretary because he believes that the current state of the Party was not the best adding that the Party’s Constitution was not being applied and the larger membership had lost trust in the leadership.

Mr Agbenya, a Medical Sociologist, in a statement said it was an error for the Party to continue to record zero at polling stations with many of the executives not paying dues to run the Party, adding that, “we must collectively restore our founding principles”.

On his vision, Mr Agbenya, who holds a Master of Philosophy (MPhil) in Public Health and Development, said he would reinforce the Party’s identity and establish its community presence.

A CPP project on Mobilization, which used to be the greatest Party asset, would be launched to make it a power-ready to build public trust and empower its machinery to win parliamentary and presidential elections again, he said.

Mr Agbenya seeks to uphold and respect the Party’s Constitution while focusing on unity.

He said as a general secretary he would work in consultation with the other executives, especially the Leader and Chairman, to champion a strong training programme, and build the leadership capacity in party organisation and statecraft among other modern-day political trends.

Lecturers now allowed to teach until 70 under post-retirement contract